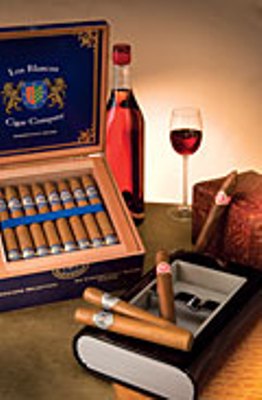 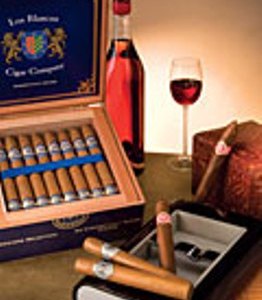 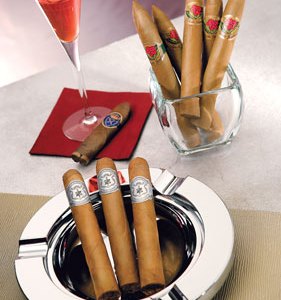 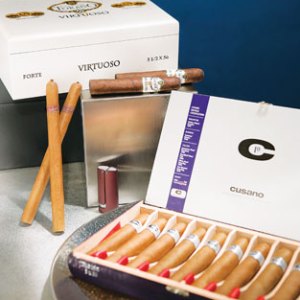 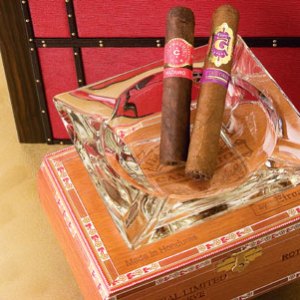 There is no such thing as bad chocolate, but certainly some chocolates are better than others. For a guest looking for a distinctive thank-you gift or a host seeking an alternative to a wine-tasting party, the finer forms of chocolate are worth exploring—in particular, single-origin chocolates. Indeed, like wine, these treats can be complex and nuanced, and they can reflect their terroirs as well as the skills of the chocolatiers. But to call these chocolates sweets would be employing a misnomer, for those with the highest concentrations of cocoa—the darkest chocolates—can be exceedingly bitter or even, some have opined, taste like the soil from which the cacao beans sprang. They might be an acquired taste, but the single-origins are intended for the chocoholic who has matured into a connoisseur.

Whether you encounter it in the form of bars, wafers, or bonbons, single-origin chocolate will stretch your culinary horizons.

As its name implies, a single-origin chocolate is made entirely from cacao beans grown in one country. (It is also called pure-origin, varietal, terroir, or named-origin chocolate.) The concept is not new. Bonnat, a 122-year-old French chocolatier, has been producing single-origin bars since 1984; Chocolates El Rey, a Venezuelan company founded in 1929, always has used only homegrown cocoa; and the French chocolate company Valrhona, which dates to 1922, has offered single-origin chocolate bars since 1987. A more recent phenomenon is the single-estate or single-plantation chocolate, which is made from beans grown on one cacao tree farm. Valrhona, Bonnat, France’s Michel Cluizel, and Italy’s Domori are among the chocolatiers offering this type of chocolate.

As with single-vineyard wine and single-malt Scotch, single-origin chocolate is not inherently superior to blends, and it will not please those palates averse to the bitter flavor of dark chocolate. Some companies do make single-origin milk chocolate, and Chocolates El Rey produces a single-origin white chocolate bar that is made from cacao butter, but most is dark.

Single-origin chocolate usually is sold as bars or squares, but Joan Coukos, founder of the two-year-old Manhattan company Chocolat Moderne, uses it to make certain bonbons and truffles. One of Coukos’ seasonal specialties, the Player, pairs Venezuelan chocolate with Bowmore 12-Year-Old single-malt Scotch. “[Single-origin chocolate] shows how different dark chocolate can be, depending on where it is grown,” says Coukos, who works with dark chocolate only. “It is more expensive, but it is very important to those who want to know more about chocolate.”

Some single-origin chocolates represent a blend of beans from different areas of the same country, and inferior cacao beans can infiltrate the mix. Blending can mask the presence of poor-quality beans, but it also can take varieties that would taste weak or overpowering alone and unite them in a manner that highlights their best qualities and diffuses their worst. For this reason, Scharffen Berger Chocolate Maker, a 9-year-old Berkeley, Calif., company that Hershey recently purchased, always has produced blended chocolates. In an essay on the subject, Scharffen Berger cofounder Robert Steinberg writes, “The remarkable range of tastes in cacao beans calls out for blending . . . . While remarkable cacao beans that deserve to be savored on their own do exist, they are far less common than the proliferation of unblended products would suggest.”

A decade ago, Steinberger’s business partner, John Scharffenberger (the chocolate company’s name derives from his last name), may have expressed the same opinion about grapes, for at the time he owned the namesake California sparkling wine house that in 1995 he sold to the LVMH conglomerate. Other winemakers-turned-chocolatiers include the founders of Napa Valley’s Woodhouse Chocolate and Timothy Moley, founder of Chocolove in Boulder, Colo., whose California winemaking background led him to produce limited edition, single-origin chocolate bars that, he claims, can improve with age.

While the parallels between wine and single-origin chocolate are obvious, the two depart in several significant ways. The chocolate industry lacks any means of protecting the names of key cacao-growing regions, most of which are in Venezuela, the ancestral home of the trees that yield the finest cacao beans. (The beans do not become cocoa until they have been harvested and dried.) Trade organizations in France and Italy police a variety of locally made foods and beverages to ensure that, for instance, bottles of Champagne and wheels of Parmigiano-Reggiano cheese are worthy of their monikers. The chocolate industry has no analogous organization to confirm that a chocolate claiming to be made from beans grown in Chuao (pronounced choo-wow), a celebrated cocoa-producing area of Venezuela, is in fact the product of Chuao-grown beans. As Clay Gordon, president of Pureorigin, an organization that promotes chocolate connoisseurship, sees it, wineries have managed to avoid place-of-origin concerns by processing the grapes relatively close to the vines. “Beans that are grown in Venezuela are not used there,” he says. “If they’re grown in Venezuela, they’re shipped to Italy and France, making it difficult to control the name. The only way to control it is to build a facility in Venezuela and keep [the beans] there.”

However, doing business in Venezuela might pose its own problems, as Jorge Redmond, president of the Caracas, Venezuela, company Chocolates El Rey, can attest. El Rey, which processes its chocolate at a facility in Barquisimeto, Venezuela, established its own 300-hectare cacao tree plantation, named San Joaquin, in western Venezuela in 1990. The plantation, which yields 20 tons of beans annually—enough to make 48,000 one-kilogram chocolate bars—is not intended to meet the company’s cocoa needs; El Rey purchases most of its beans from local cooperatives and other plantations. Instead, El Rey uses San Joaquin to preserve a rare variety of criollo cacao beans. (Pronounced cree-oh-yo, criollo is the rarest and most fragile strain of the cacao tree, and it yields what connoisseurs consider the finest beans. The other two strains are forastero, which produces the bulk of the world’s cocoa, and trinitario, a cross between criollo and forastero that was created on the island of Trinidad.) However, uninvited guests now accompany the criollo trees. “The farm has been invaded by squatters,” Redmond says. “They’ve been there for two years. They have respected the cacao trees to a degree, but they have surrounded the property, making it difficult for us to come in and out. We don’t know what the future will be. The government is not helping us on this.”

El Rey’s troubles highlight another characteristic that distinguishes chocolate from wine: Grapes can be nurtured to glory in California, France, and Australia—places that are climatically and politically temperate—but cacao trees thrive only in the tropics. “They’re best grown within 20 degrees of the equator, preferably 10 to 15 degrees,” says Randall Turner, president of the Texas-based North American branch of El Rey. “Take your globe out and see where that hits.”

Like grapevines, cacao trees, particularly criollo trees, are susceptible to disease and inclement weather. Bernard Duclos, chief operating officer of Valrhona USA, says that the cold rain and winds brought by the El Niño weather system break the cacao blossoms and the branches that they sprout on. However, because the trees produce fruit every five to six months, it is unlikely that a year’s harvest would be destroyed by a natural disaster.

Even with ideal weather conditions, a criollo tree’s yield will be minimal. The International Cocoa Organization, a London-based trade group, estimates that criollo-derived cocoa beans compose less than 5 percent of the annual global yield, and that figure includes harvests from certain higher-grade trinitarios. Pure criollos could represent significantly less than 1 percent of the total harvest.

Ten years ago, in the rain forest near one of Valrhona’s Venezuelan plantations, workers discovered a wild variety of criollo that yielded a bean with a white interior rather than the typical purple one. They found fewer than 10 trees, which the company gathered, replanted elsewhere in Venezuela, and nurtured in rain forest–like conditions. Valrhona named the variety Porcelana because of the beans’ porcelain-colored interior. “It was like a race against the clock to produce enough flowers and beans to duplicate the trees,” Duclos says, explaining the challenge of trying to keep the fragile, fussy Porcelanas healthy and alive in order to increase their numbers. “We didn’t expect them to fruit for three years.”

To illustrate the agricultural challenge Valrhona faced, consider that on a normal criollo cacao tree, one in 300 blossoms yields a fruit, which typically contains 35 to 40 beans. On the Porcelana version of the tree, however, only one in 1,000 blossoms yields a fruit, and that fruit contains the same amount of seeds. Still, Valrhona has increased the number of trees to several hundred, and last year, the company felt it had enough Porcelana cocoa to introduce a new product, the Porcelana del Pedregal, which is packaged to resemble a cacao flower that reveals chocolate petals when unwrapped. The December 2004 release contained 11 ounces of chocolate and cost $100, and, Duclos says, Valrhona plans to offer it again this year. He says that the company has spent 50 million Venezuelan bolivares, or roughly $23 million, on the plantation and believes the investment is a sound one. “That’s our strategy: Look for unique varietals and species,” says Duclos. “When we discover them, everyone is happy that we found something unique.”

Although Porcelana del Pedregal and other single-origin chocolates are relatively expensive and in some cases rare, appreciating them may require some effort—in part because of their rarity and price. “Americans don’t tend to drink coffee or wine as children, so they come to them as adults with no memories. But with chocolate, favorites are rooted in favorite childhood memories,” says Pureorigin’s Gordon.

Those reared on Nestlé’s bars or Whitman Samplers might not be prepared to savor the bitter-tasting, high-cocoa-content, single-origin chocolates. Caroline Yeh, founder of the recently opened Temper Chocolates boutique in Boston, therefore begins each of the chocolate appreciation classes that she regularly conducts with a tasting of a Hershey bar. “I start with what we are familiar with as Americans, what we grew up with, and then we move on,” she says. “I wouldn’t say there’s such a thing as bad chocolate. If you try it all, and you still like Hershey, eat it and enjoy it.”