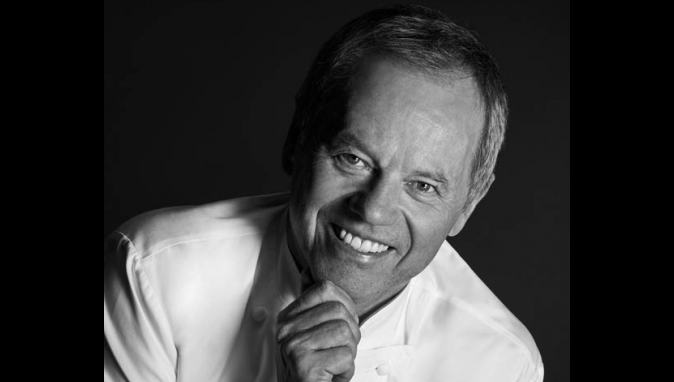 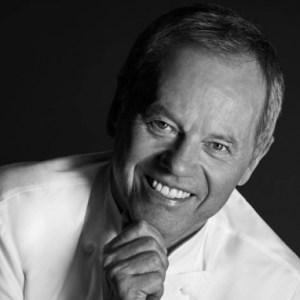 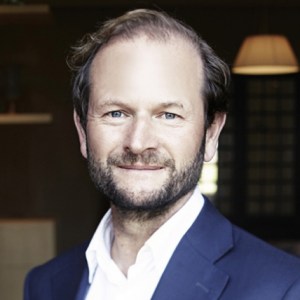 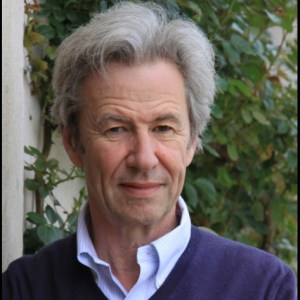 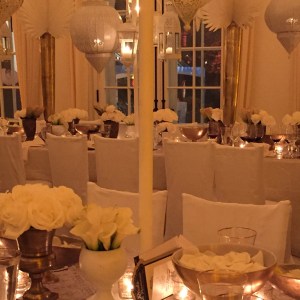 On January 27, the Naples Winter Wine Festival’s Vintner Dinners, in Naples, Fla., paired some of the world’s finest winemakers and culinary creatives to help underprivileged children in the surrounding community gain key ingredients in life’s recipe for success. The series of 18 gourmet galas were held concurrently at various private residences and venues and were included in the three-day charity event’s ticket cost of $10,000 per couple. All proceeds go directly to the Naples Children & Education Foundation, a hub for more than 40 non-profit programs providing early healthcare and developmental support.

To celebrate the 17th annual fundraising fete in style, organizers named Pierre Lurton of Château Cheval Blanc and Château d’Yquem in Bordeaux, France, as Honored Vintner. On the culinary front, famed Wolfgang Puck served as the Chef de Cuisine for the entire event. Lurton teamed up with chef Missy Robbins of Lilia in New York while Puck had his menu mated with French wines from Sandrine Bégaud of Château Canon and Château Rauzan-Ségla in Bordeaux and Louis-Michel Liger-Belair of Domaine du Comte Liger-Belair in Burgundy.

I was privileged to be a recipient of similar epicurean altruism as a guest at Susan and Gary Garrabrant’s Casablanca-themed dinner hosted in their remarkable residence. Rick’s Café came to life, complete with a Humphrey Bogart look-alike greeting attendees at the door, Sam tickling the ivories at the backyard bar, and gambling tables where play money was the only currency collected.

“Sue and I have been involved with the festival for nearly 10 years and we feel strongly about contributing to this community,” says Gary Garrabrant. “This event attracts such an extraordinary group of talented, passionate, and generous people and our lives have been enriched enormously—especially knowing that children are being so positively impacted by the foundation.”

Our gastronomic guru for the night was chef Enrique Olvera (pictured below) of Pujol in Mexico City and Cosme in New York. His artistic take on traditional Hispanic fare included suckling pig tacos, avocado mousse, and a marvelous mole that had been prepared in a process that requires more than 1,100 days.

“For a dinner such as this, we always like to combine classics from our restaurants with dishes that work well in context. As this is Florida, we were heavy on citrus and seafood but complemented those with the mole,” says Olvera, who views each presentation as a personal message. “There are many things that you can communicate with food,” he explains. “In Mexico, food is used to communicate care and love.”

Those same expressions were translated beautifully by the numerous bottles of Bordeaux and Burgundy brought by Dimitri Augenblick of Château Cos d’Estournel and Guillaume d’Angerville of Domaine Marquis d’Angerville, respectively. Leading labels included the 2009 Domaine Marquis d’Angerville Champans Volnay Premier Cru and Château Cos d’Estournel from 1986, 1989, and 2005. Guiding guests through the various vintages was Will Costello (pictured below), master sommelier and wine director for the Mandarin Oriental Las Vegas.

“When I saw my assignment for the dinner, my face lit up because the last time I had Domaine Marquis d’Angerville was at the French Laundry in 2012 and I have such good memories of it,” says Costello. “I also have 10 different selections from Château Cos d’Estournel on the Mandarin Oriental’s menu and the blanc that they make is one of my favorite wines in the world, so, for me, tonight was perfection.”

Elsewhere, guests were regaled with gourmet repasts from chefs Tom Colicchio (of Crafted Hospitality in New York), Michael Tusk (of Michelin-three-star-rated Quince in San Francisco, Calif.), and David Kinch (of Michelin-three-star-rated Manresa in Los Gatos, Calif.). Colicchio had his meal presented alongside Harlan Estate wines (from Oakville, Calif.) and Krug Champagne (from Champagne, France) with Deborah and Bill Harlan and Olivier Krug in attendance. Tusk’s table featured pours from Colgin Cellars (from St. Helena, Calif.) while Gaia Gaja brought sumptuous selections of her Gaja wines (from Barbaresco, Italy) to coincide with Kinch’s cuisine.

“I have been interested in doing the Naples Winter Wine Festival for a long time. The Naples Children & Education Foundation is a very worthy cause and it was an honor to be part of this year’s event,” says Kinch (pictured below). On top of that, I got to hang out with like-minded peers, great friends, and have a good time. It doesn’t get any better.”

The Naples Winter Wine Festival Vintner Dinners were followed on Saturday by a charity auction comprising 63 lots. By the last hammer fall, more than $15 million had been raised, bringing the grand total to greater than $161 million since 2001. More importantly, an estimated 200,000 young lives have been given a lift. (napleswinefestival.com)