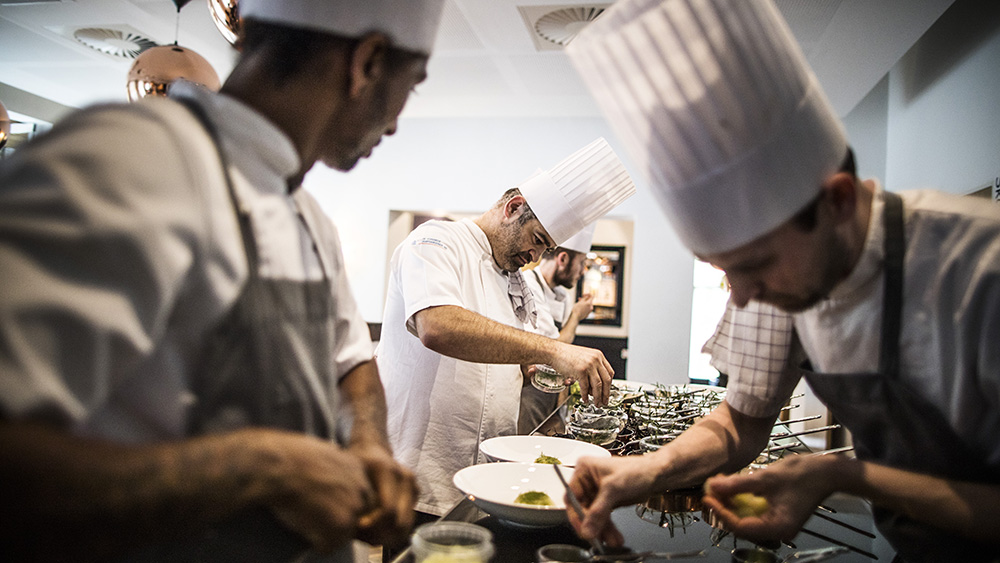 While July 4 is a big day in the United States, it ended up being a similarly exciting one in Scandinavia and other Nordic countries, with the announcement of the 2022 Michelin stars for the area.

Frederikshøj, located in Aarhus, serves playful dishes under the helm of Wassim Hallal. The Michelin Guide called out the restaurant’s sauces in particular, and said that inspectors were blown away by the turbot lightly glazed with a flavorful, velvety sauce. Meanwhile, over at Palace in Helsinki, Eero Vottonen cooks up Nordic cuisine with French and Japanese influences. While inspectors were impressed with the menu overall, they highlighted a specific dish of raw shrimp, tomato and grilled jalapeño served with Palace reserve caviar, sweet peas and organic egg.

Elsewhere on the list, 11 restaurants received their very first Michelin star, including Iceland’s ÓX, Norway’s Hyde and Sweden’s Nour. Five new restaurants were added to the Bib Gourmand list, while another five were given a Michelin Green Star, which recognizes spots committed to sustainable gastronomy.

Overall, restaurants in the Nordic countries shine quite brightly in the eyes of the Michelin Guide. Across the five countries included in the region, there are four three-star restaurants, 14 two-stars and 56 one-stars. That seems like more than enough reason to plan a trip to the area—although you’ll only be able to skim the surface of the thriving Nordic food scene.

Check out the full list of the 2022 Nordic Michelin-starred restaurants below.