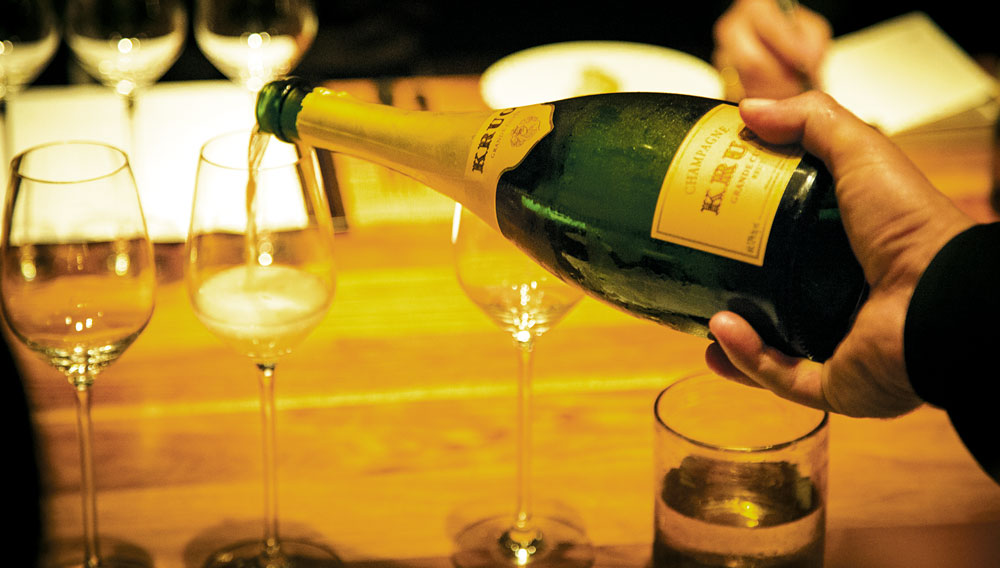 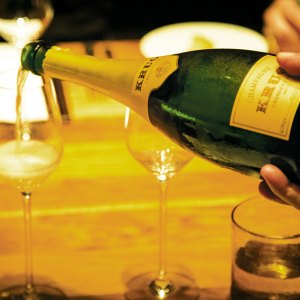 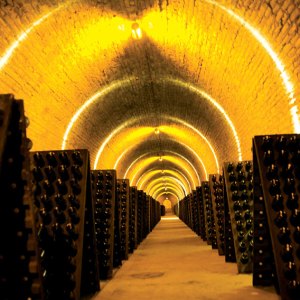 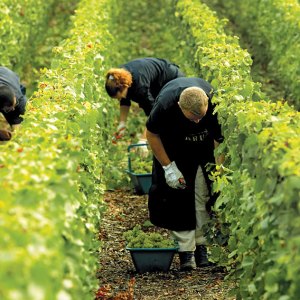 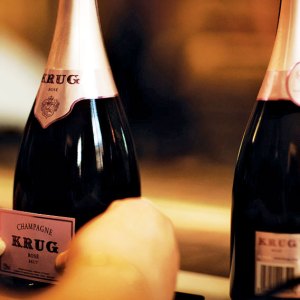 A weekend trip for six to Reims, France, for the ultimate Champagne brunch, served at Krug’s Clos du Mesnil vineyard, prepared by the Michelin two-star chef Arnaud Lallement, and paired with Krug Champagnes.

An exclusive tour of Maison Krug and its private cellars, a tasting of rare vintages with Olivier Krug, and lunch in the Krug family home.

™ In the decades since brunch was invented—in 1895, in Britain, to be exact—it has become the meal most associated with leisurely pleasure, the relaxed company of friends, a free-form menu, and, of course, Champagne. Now, one Robb Report reader and five of his or her guests will have the opportunity to experience this luxuriant meal in its ultimate form, as the culmination of a long weekend in the heart of the Champagne region and on the grounds of Champagne Krug’s storied Clos du Mesnil vineyard, the source for one of the world’s most breathtaking Champagnes.

The party of six will fly into Paris—a city newly obsessed with brunch—and then be driven by Bentley to Reims, where they will settle in at Domaine Les Crayères, a turn-of-the-century manor house transformed into a stately 20-room hotel, and dine at Le Parc, the property’s Michelin two-star restaurant.

The next morning will begin with a full immersion course in Champagne, including a tour of Krug’s private cellars and a tasting led by Olivier Krug, a sixth-generation member of the Krug family and the director of the house. All of the wines from Krug, which was founded in 1843 by the German immigrant Johann-Joseph Krug, are barrel-fermented and receive extended lees aging, increasing their complexity and richness. Each release is blended from individual lots, with the goal for the multi-vintage Grande Cuvée being consistent quality from bottling to bottling. Krug’s small-production, single-vineyard Clos du Mesnil and Clos d’Ambonnay releases command as much as $4,000 a bottle—when a bottle can be found.

After the tasting, the recipient and his or her guests will have lunch at Maison Krug, in what has been the family home for six generations, where Olivier may regale them with stories of growing up in the house and playing soccer in the cellar directly next door. Then it will be time to rest, in preparation for the next day’s magnificent Champagne brunch.

Weather permitting, brunch will be held in the Clos du Mesnil vineyard, a tiny 4.5-acre parcel in the heart of Le Mesnil-sur-Oger and the source for the 100-percent-Chardonnay Champagne. Chef Arnaud Lallement, of the Michelin two-star restaurant L’Assiette Champenoise, will prepare a multicourse meal tailored to the season, the whims of the recipient, and the nuances of the Champagne. For example, in July, Lallement might prepare a first course made with fresh tomatoes and paired with Krug Rosé; in December, he would suggest a fish course, such as Saint Pierre with black truffle, matched with Krug Collection. But of course, the star of the brunch will be the Clos du Mesnil.

“Enjoying the purest expression of Chardonnay, early in the day, seated in the middle of one of the world’s most legendary vineyards, is indeed a very special promise,” Olivier says. “You can close your eyes, listen to the birds, feel the wind, and start the brunch.” Cheers!

Scheduling is subject to the availability of Olivier Krug.