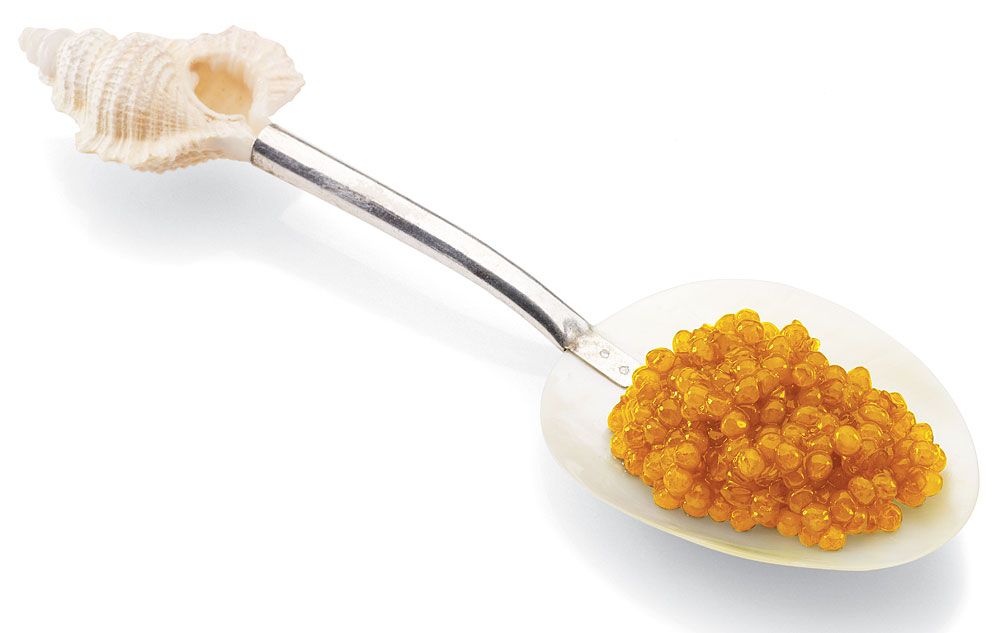 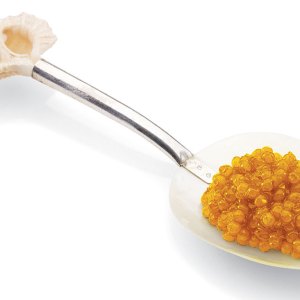 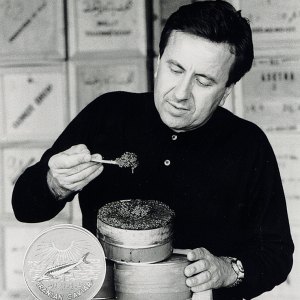 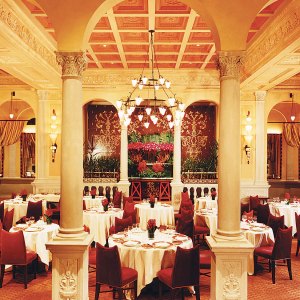 At least 2.2 pounds of wild Iranian Asetra golden caviar, and the same amount of conventionally colored caviar delivered monthly for one year. — A golden caviar dinner for four at Manhattan’s Daniel restaurant in the private skybox that overlooks the kitchen.

Rod Browne Mitchell, a supplier of caviar and other seafood to chefs and restaurants since the late 1970s, estimates that in his career he has purchased and sold at least 40 tons of caviar—or more than 1.2 million ounces. Of that total, he says, less than 1 percent has been golden caviar, a rare form of the delicacy that, because of its unusual color, commands higher prices. (The finest examples can cost as much as $20,000 per kilogram, which equals about 2.2 pounds.) Even so, Mitchell, who has owned and operated the Browne Trading Co. in Portland, Maine, for the last 16 years, almost certainly has seen and sampled more golden caviar than anyone else, living or dead, including the czars, kings, and dignitaries for whom it usually was reserved. “Nobody really knows much about golden caviar,” Mitchell says, “but it was saved for guests as a gift, to make a statement.”

In her book Caviar: The Strange History and Uncertain Future of the World’s Most Coveted Delicacy (2002, Broadway Books), Inga Saffron devotes one paragraph to the subject. Calling it “the stuff of legend,” she notes that “In tsarist times, golden caviar was so venerated that all specimens were supposed to be delivered to the royal court.”

Mitchell can offer additional information based on his experience: Golden caviar appears in roughly one in 1,000 fish, and several different species of sturgeon are known to produce it, including sevruga, osetra, sterlet, bestra (a hybrid of beluga and osetra), and ship sturgeon. He is certain that golden caviar eggs, if fertilized, would not yield albino sturgeon, although some scientists disagree. “There is albino caviar,” Mitchell says, “and it is more of a creamy white, not gold. It is another rarity, but people don’t want to see caviar without color. It’s not that appealing.”

He says that golden caviar can vary “from a deep shade of gold to a light, sunshiny color,” but that the most coveted type has a hue approaching that of corn kernels. However, color alone does not determine the quality of golden caviar. “You’ve got to look for flavor and texture,” Mitchell says. “Even if it’s golden, if it doesn’t taste good and it isn’t firm, I won’t use it.”

Concerning the taste, Mitchell says, “It’s supposed to be nutty, sweet, and creamy. You need to have the combination of flavors.” As to whether golden caviar actually tastes better than caviars of more familiar colors, on that question he remains mum. However, Mitchell has designed a gift that will allow you ample opportunity to make that determination for yourself. He will reserve at least one kilogram of wild golden Asetra caviar, which will be harvested from the Iranian Persicus sturgeon.

Browne Trading Co. will ship the golden caviar to your home, along with a crystal caviar service and caviar spoons. The gift also could include golden caviar from osetra and sevruga sturgeons and from the American paddlefish if it becomes available. (To allow sufficient time to locate the rare caviars, the gift will be delivered no earlier than September 2008.) Mitchell also has arranged an eight-course golden caviar–themed dinner for four at Daniel, the flagship Manhattan restaurant of chef Daniel Boulud, in the private skybox that overlooks the kitchen.

Following the dinner, Mitchell will send you 2.2 pounds of conventionally colored caviar—some wild, others farmed—each month for a year, ensuring that your crystal caviar service will not gather dust.

{ The dinner at Daniel and the first shipment of caviar will not take place before September 2008. }