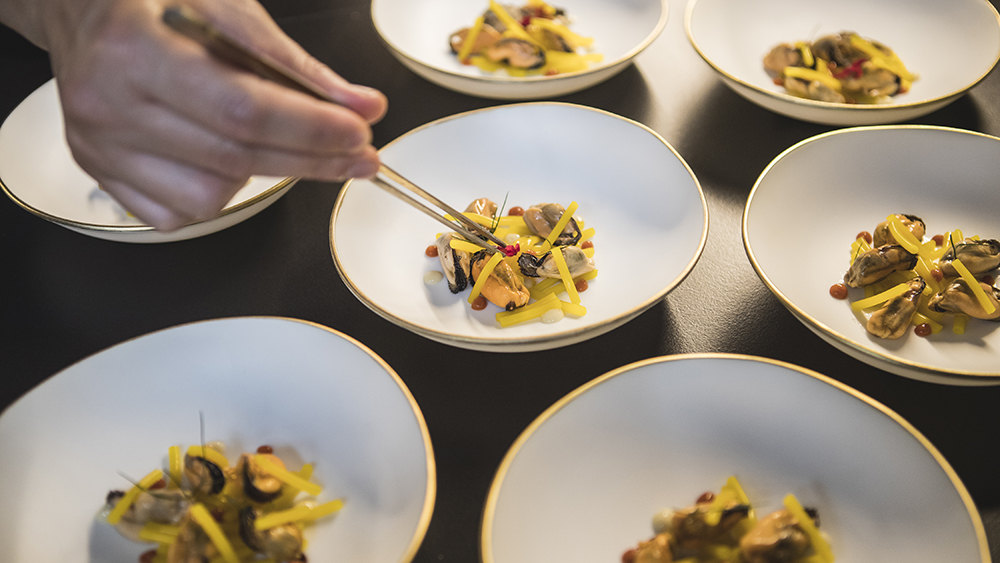 Two restaurants in Spain probably had one of their better evenings last night.

At a ceremony announcing the Michelin Guide selections in Spain and Portugal, the two establishments were elevated to the coveted three-star status. Atrio, in the city of Cáceres, and Barcelona’s Cocina Hermanos Torres were both given the highest ranking, meaning the two countries now have 13 Michelin three-star spots.

“Our 2023 edition of the Michelin Guide perfectly illustrates the growing excellence, creativity and boldness of Spain and Portugal’s culinary landscapes,” Gwendal Poullennec, the international director of the guides, said in a statement. “We were delighted to see how younger chefs are taking the lead and embarking on their own journeys, in many cases flying the flag of reinterpreted regional or fusion cuisines.”

At Atrio, chef Toño Pérez cooks up dishes centering Iberian pork and the natural bounty of the Extremadura region. Meanwhile, at Cocina Hermanos Torres, the chefs Sergio and Javier Torres use the best seasonal produce in a “dining extravaganza,” the Michelin Guide said in a statement.

Elsewhere in the 2023 guide, three restaurants moved on up to the two-star ranking. Madrid’s Deesa serves Mediterranean-inspired dishes; Serpe’s Pepe Vieira is a countryside spot highlighting “the newest cuisine in the world,” as it says; and Tenerife’s El Rincón de Juan Carlos is focused on traditional Canary Islands fare. In total, there are now 41 two-star restaurants throughout Spain and Portugal—34 in Spain and seven in Portugal.

In the one-star category, 34 new restaurants were added to the list—29 in Spain and five in Portugal. Cuisines run the gamut, but the guide specifically called out the high presence of Japanese restaurants in Portugal and the inclusion of vegan cooking, which is rather new in the fine-dining space. Overall, there’s 235 one-star restaurants in the most recent guide—203 in Spain, 31 in Portugal and one in Andorra.

That’s a lot of ground to cover, so plan your next Iberian epicurean trip accordingly. Here are all 13 restaurants with three stars.

10 Chefs Share the Thanksgiving Sides They Can’t Go Without