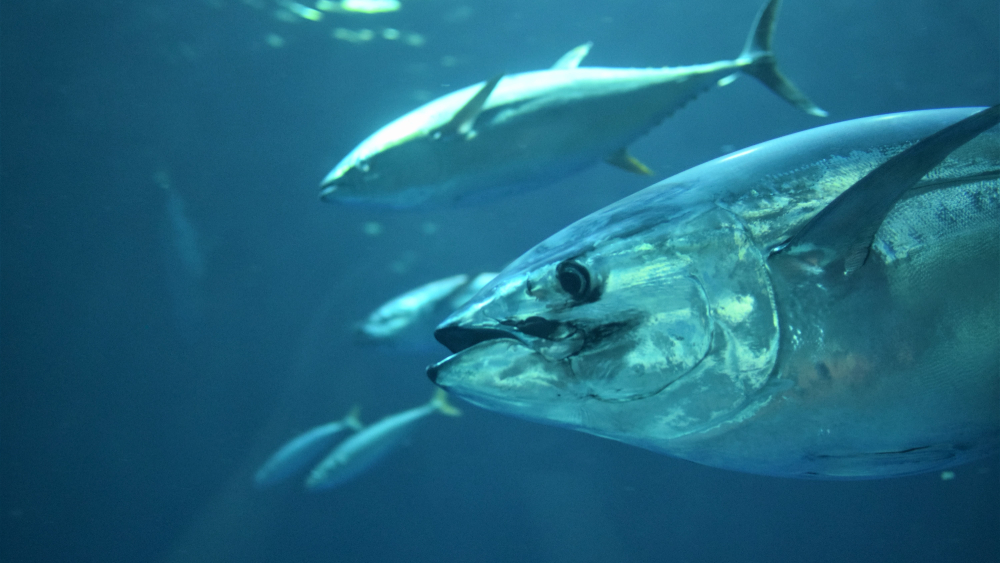 This tuna is simply too good for canning.

For its ceremonial New Year’s auction, Tokyo’s famed Toyosu wholesale fish market sold a true whopper. Weighing in at 459lbs, the glistening bluefin tuna sold for a considerable $202,000. While that’s an impressive sum to most for any kind of seafood, it is only 10 percent of the price paid for last year’s inaugural catch and a far cry from the all-time record of $3.1 million paid at the start of 2019.

While such a nosedive might be misconstrued as being parallel to a dip in quality, it is actually related to widespread restaurant closures forced by the Covid-19 pandemic. With a limited market and a large number of restaurant-goers forced to dine at home, the once-bustling business has slowed to a crawl with the drop in demand.

Even the auction itself was forced to change due to the current climate. For public health reasons, the typically teeming event had limited attendance as many market dealers were struck with the coronavirus last year. It also took place while Tokyo’s viral infection rates near their record highs.

The fish sold for just 10% of the 2020 price with the pandemic hurting demand at restaurants. More: https://t.co/Tp2HSJhzOG pic.twitter.com/HbJpnpiAm6

The winning bid ended up going to Yukitaka Yamaguchi, one of Tokyo’s leading purveyors of fine tuna with customers as exclusive as the lauded sushi master Takashi Saito. Caught off Oma in Northern Japan, this year’s prize fish is scheduled to be served at Ginza Onodera, the Tokyo-based restaurant group known for its high-end eateries.

When and how much demand will pick up again will largely depend on how quickly the pandemic is taken under control. There have also been serious questions raised in recent years about the sustainability aspect of fishing for species like bluefin tuna. That group in particular has seen its population plummet as global demand for rare sushi and other delicacies has skyrocketed in kind. Much as is the case with foie gras, many chefs have chosen to not serve it in their restaurants. However, the prices fetched for these large ocean dwellers have only been on the upswing and it seems likely desire will once again spike after the pandemic concludes.