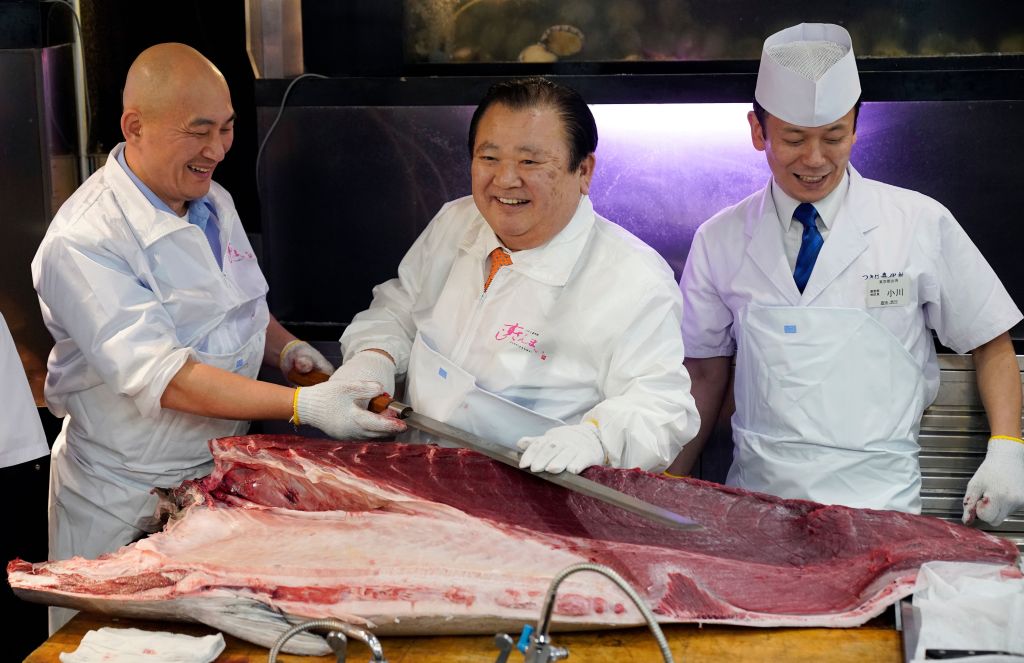 There may be plenty of fish in the sea, but chances are few if any are worth as much as this one. The year started off with the bang at Toyosu Fish Market in Tokyo over the weekend, where the first bluefin tuna of 2020 sold for whopping $1.8 million at auction.

Caught off the coast of Aomori Prefecture in the northern section of the country, the gigantic fish weighed in at a staggering 608 pounds, according to Reuters. The $1.8 million price tag—which works out to about $2,960 per pound—makes the tuna the second most expensive fish on record.

The winning bidder was celebrated sushi businessman Kiyoshi Kimura. Japan’s self-proclaimed “Sushi King” owns Kiyomura Corp., the Tokyo-based operator of sushi chain Sushizanmai. He told reporters that he was excited that his customers at the chain’s outlet in nearby Tsukiji would feast on the tuna.

“This is the best,” Kimura told Agence France-Presse on Sunday morning. “Yes, this is expensive, isn’t it? I want our customers to eat very tasty ones this year too.”

Always on the lookout for another photo opp, Kimura is no stranger to shelling out loads of cash for fish at auction, especially around New Year’s. Last year, he bought the most expensive fish ever sold, a 612-pound tuna that cost him $3.1 million.

That fish was purchased at the final New Year’s auction at the legendary Tsukiji Fish Market, which closed on October 6 after 84 years in business. Before closing, it was the largest wholesale fish and seafood market in the world and drew thousands of tourists annually to central Tokyo. It has since been replaced by the Toyosu Market, located just 1.5 miles away, opening its doors in October of 2019.

Bluefin tuna are considered an endangered species by the World Wildlife Fund. The population of the fish has been decimated by overfishing in the Atlantic and Pacific Oceans, something that has been largely driven by the demand for the fish in high-end sushi markets. For now, the Bluefin’s inclusion on the list hasn’t affected at least one wealthy man’s appetite for the fish.