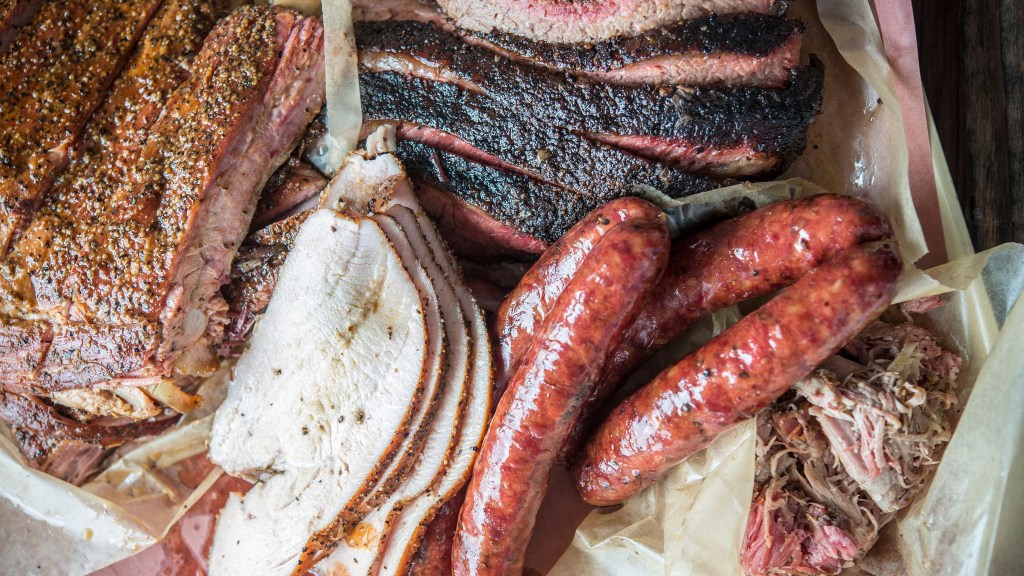 Aaron Franklin knows as much as anyone how a love for barbecue can turn to an obsession. People are willing to wait hours in line to eat the legendary pitmaster’s brisket. That devotion from customers is a product of Franklin’s passion to make outstanding barbecue. Since he started his eponymous Austin spot with his wife, Stacy, in 2009, Franklin has become meticulous about every step of the process (as his 213-page tome on the subject would testify to), to the point where he’s fabricating his own barbecue pits.

He wants to help others get obsessed, too. While a lot of people are starting to break out the grills for summer, this is the perfect time to take it up a notch and throw yourself into the subtle art of real, low-and-slow barbecue. We spoke with Franklin to get some tips on the best way to dive into barbecuing at home.

Use Wood From Your Region

“What makes Central Texas barbecue is post oak—that’s our regional white oak. Barbecue’s just kind of gotten homogenized in a lot of ways, so I encourage people for whatever region you live in, use the local wood, if it’s hickory or it’s mesquite or it’s pecan or if you have red oak or almond. But that’s kind of what makes a regional specialty. That’s what barbecue used to be—you had different animals and different woods and that’s what made that style. You don’t have to get post oak from Texas, just use what you have.”

“Another reason to not rely on post oak if you’re not in Texas is that when firewood crosses state lines it has to get kiln dried. They have to heat it up to get rid of bugs and stuff that are in the wood, so that changes the structure. That dries it out so much you don’t really get much smoke and everything burns so much faster.”

Get a Great Rig 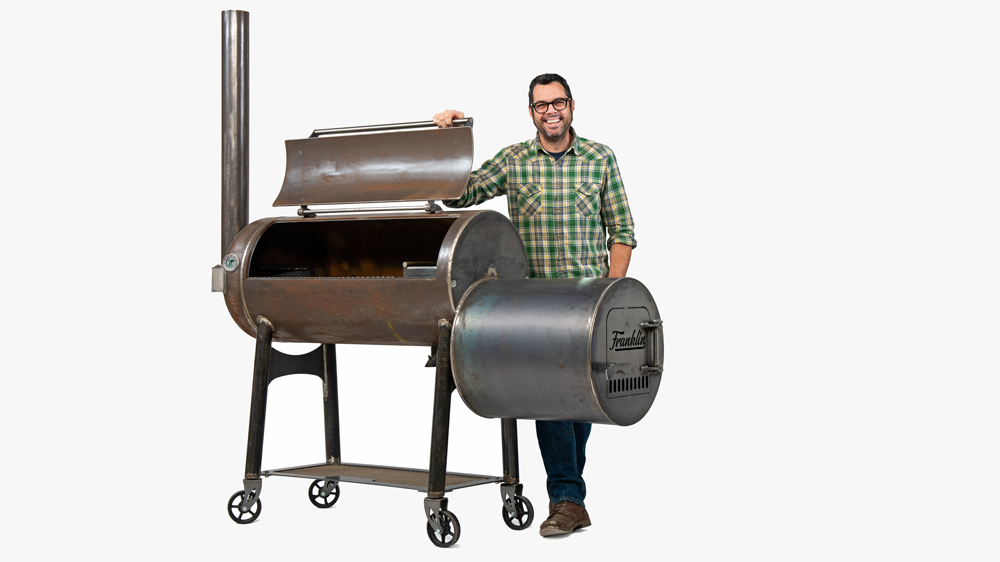 This year, Franklin has started offering at-home offset smokers that are designed by him and fabricated in Austin.

“I’ve been building cookers for about 10 years now and building backyard-size pits I’ve been working on for five years. I’ve spent so much time staring at fires and learning what’s going on with these things on a technical level. Our smoker is a mini version of what we do here. It’s a six-foot-long, handmade offset barbecue pit with a semi-insulated fire box that fits three briskets. It’s all made out of 5/16-inch steel, so it’s intended to be the kind of thing that you pass down, generation to generation—like a cast-iron skillet. These things are built super solid; it should last well over 100 years.”

“I usually would go with Angus as a breed but you could order Wagyu online. I would get the fattiest thing from your local butcher. Really, Costco is a good place to go sometimes. I typically go with stuff that doesn’t have growth hormones, beef that’s all-natural, but I’m not a big grass-fed fan for brisket. It’s not fatty enough and the meat is a little gamier and some of those flavors don’t jive with smoke. I love grass-fed for steaks but not brisket.”

A Few Other Handy Tools to Have

“You need a towel, a shovel and about 12 hours to sit in your backyard. If you’re using an offset smoker, the shovel lets you move wood around. And then I like a pair of heavy-duty tongs from a restaurant supply store. And then some nitrile gloves for food safety. I don’t like the heat-resistant gloves because it’s like a sushi guy wearing thick leather gloves—he wouldn’t know how soft or firm the fish was. It’s the same thing with brisket. Barbecue is an intimate way to cook. You spend hours with this piece of meat, you watch this fire, you guide it along the path that you want it to take and you dry the surface out and you cook this, you speed it up and you slow it down and then you pull it off, you let it rest. And then you pull out your knife and you start cutting and you’ve got these big clumsy gloves on and it’s like you’ve just totally lost all contact with this thing you’ve been working on. I’m not a big fan of those things. And also, if the meat’s too hot to touch, it’s probably too hot to slice too.”

Be Creative with Your Smoker

“At home on a Sunday I don’t have 12 hours to cook a brisket, but I use my cooker on big steaks. If I have a 2-pound steak that’s 2 inches thick, like a big honkin’ ribeye, I would probably cook at 200 degrees for maybe two or three hours until they came up to temp. And then I’d pull them off, and let them rest. What I’ve been doing with this cooker is if I have a big tomahawk with the bone that’s the handle, I build a big fire, rake down the coals and then just put those steaks in the fire box straight on the coals.”

Trailers of the Week: ‘BTS Universe Story,’ ‘The Mandalorian,’ ‘Emily in Paris’ and More