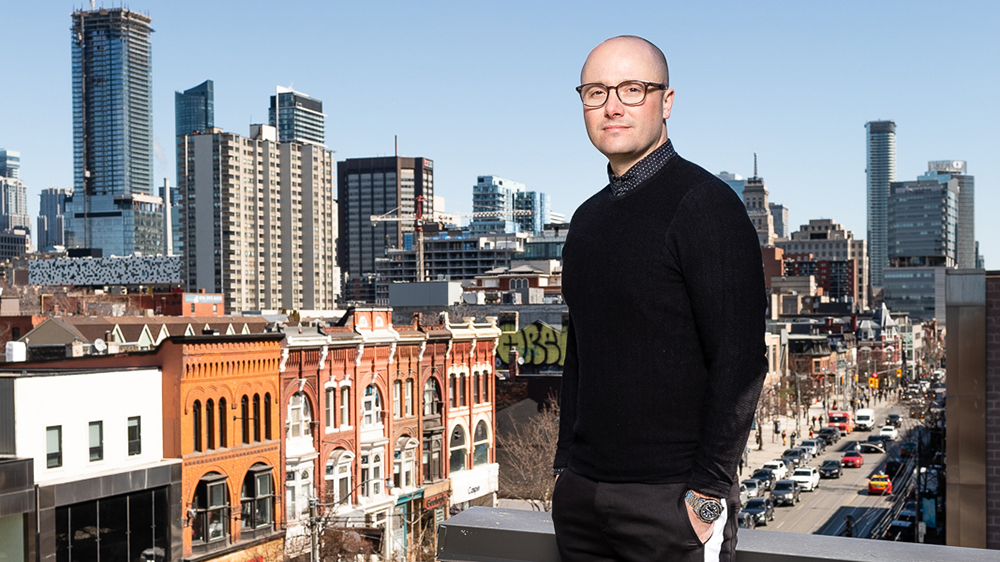 Toronto native Patrick Kriss has long felt the pull of France. From his early days in college, when he first decided to pursue a career in cooking, Gallic kitchens have been like his North Star. “It became stuck in my head [that] that was the kind of cooking I wanted to do,” he says. “I like learning classic dishes and cooking whole roast duck, kidneys and sweet breads. I just love all that stuff.” He landed a gig at one of the best French restaurants around—Daniel Boulud’s Daniel in New York City— before heading to the motherland itself for stints at iconic establishments such as Restaurant Régis & Jacques Marcon and La Maison Troisgros.

When Kriss found his way back to Toronto in 2010, he brought a piece of France with him to open Alo, his contemporary restaurant combining the classic, elegant cuisine he so loves with a touch of Japanese influence, all presented in an atmosphere that’s more laidback than the high temples of gastronomy he’s worked in. “I’m taking the classic tasting menu and spinning it into something more relaxed,” he says.

Beyond Alo—and Kriss’s even more casual follow-up, Aloette—the chef says his hometown is buzzing with ambitious young chefs, all prodigal sons and daughters in their own right who have returned home to open impressive new spaces. Here are his picks of the best among them.

“For breakfast I like the casual Sud Forno. It’s the kind of place you go for coffee and Italian pastries. They’re part of a bigger group called Terroni and have multiple locations, and no matter when you go they’re always packed.”

“This little place has only about 30 seats, is run by two young guys and has a really simple menu. You can get crudités, beef carpaccio and bagna cauda. I recently had a radish-and-turnip salad with yogurt and smoked trout, and also ordered the grilled mackerel with pickled eggplant.”

“There’s a food court called Assembly Chef’s Hall where you go through a door and give your name to the woman who greets you. Inside, two guys are making sushi while you stand. It’s very straightforward rice and fish, but done well. I go here for lunch because you get amazing sushi in half an hour.”

“The owners, Michael Caballo and Tobey Nemeth, are a husband-and-wife duo that serve very, very European food. It’s a tiny little place that feels like you’re going into their home. They serve a tasting menu that changes regularly with things like pressed duck and foie gras terrine.”

“This Spanish-inspired cocktail place—all standing in that classic Spanish style—is my late-night spot. You can snack on tapas like jamón, boquerones, manchego and olives.”

“Chef Jay Carter has a menu that’s super-seasonal and changes all the time. One of the best dishes I’ve had there was avocado, crispy sardines and lemon juice. I don’t know why that dish has always stuck with me, but it’s so good.”

“The Neapolitan pizza here is always amazing. I usually have one with their charred kale salad with ricotta and chili. I especially love the crust. It’s chewy and has a nice char to it.”