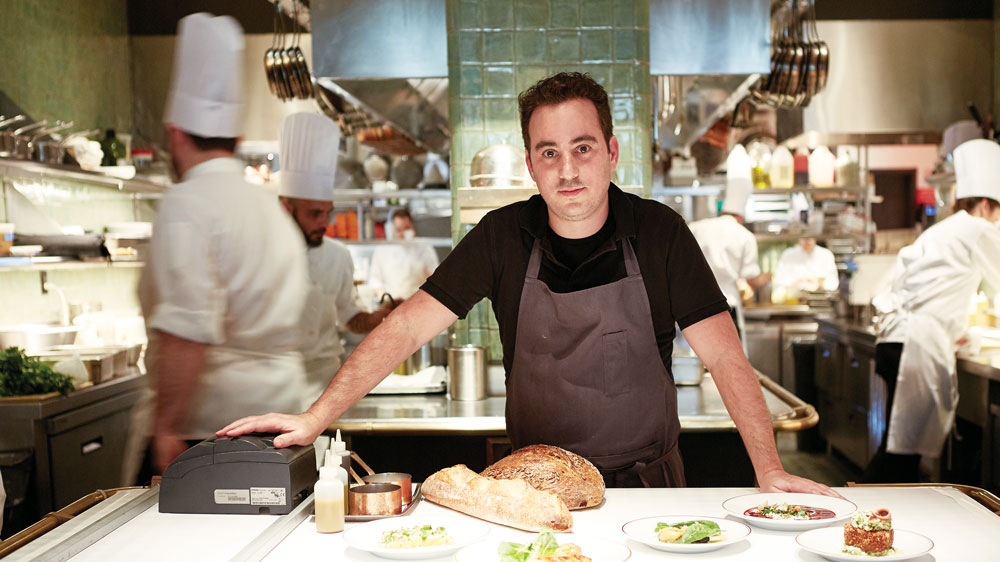 America currently has an unexpected mascot for classic French cuisine. Yes, there’s Eric Ripert, Daniel Boulud and many more French-born chefs who’ve established their legends in America. But it’s not these august Frenchies who have led to a Gallic resurgence on our shores in recent years. No, perhaps the greatest champion of traditional butter-laden sauces and rich terrines is Le Coucou’s Daniel Rose, a guy from Chicago who fell into cooking almost by accident.

As if confirming his status as a pied piper of French cuisine, Air France has asked the chef to create special dishes for business class passengers to enjoy on flights from the United States to Paris. It’s part of Air France’s decade-long program that features Michelin-starred chefs who the company deems ambassadors of French gastronomy.

Rose opened Le Coucou in 2016 to great acclaim—including a James Beard Award for America’s Best New Restaurant. And in 2018, Le Coucou finally got its long-deserved Michelin star. Yet, Rose’s journey to making some of the country’s best French food began well before he opened a restaurant on U.S. shores.

As a student at the American University in Paris starting in 1998, he studied art history and philosophy, but found food to be a gateway to understand the country on a much deeper level. He went to culinary school in the gastronomic capital of Lyon. There, he grew a great affinity for the classics, like quenelle de brochet and tête de veau ravigotée. Eventually, in 2006 in Paris he opened a tiny 16-seat restaurant called Spring, that served a set tasting menu every night and became a sensation. So much so that even French gourmands had to tip their beret to the American cooking their country’s cuisine with such affection. In 2015 he expanded, creating his ode to the bistro, La Bourse et La Vie.

Looking for a new challenge and somewhat spooked by the Charlie Hebdo and Bataclan attacks in Paris, he moved to New York to finally open a restaurant in his home country. When he returned, he felt Gotham was ripe for a French revival and Le Coucou helped spearhead it.

Always restless, the chef’s next chapter has him working with Air France. Rose’s dishes will make their debut in September, with Air France serving them through next August. Three of his creations—cod with turnip and ‘beurre blanc;’ warm poultry pate with foie gras; and poultry gratin with onions—will rotate in and out of service during that time. He’s now joined the ranks of other great chefs featured in the program that include Anne-Sophie Pic, Guy Martin and Julien Royer.