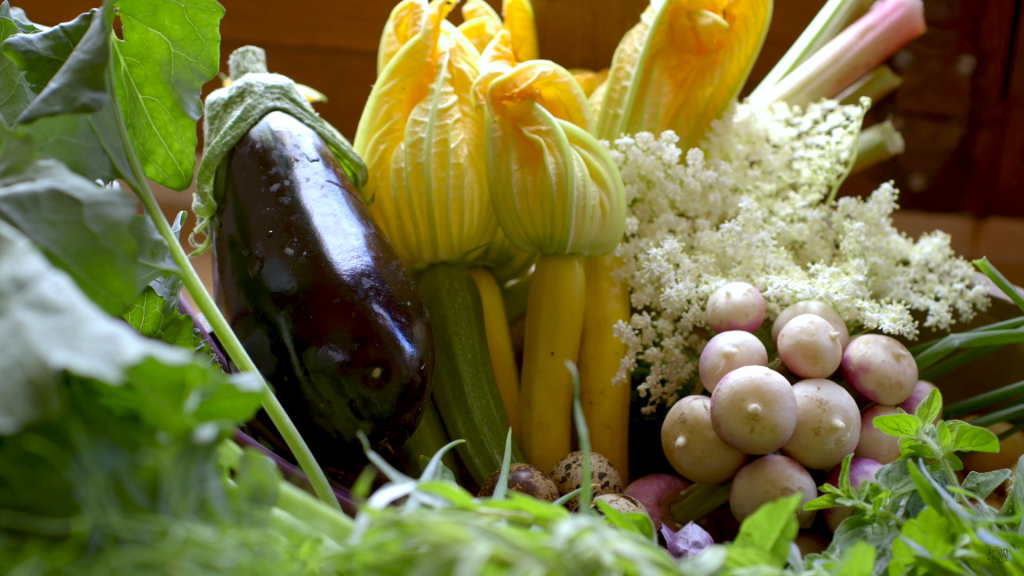 Courtesy: Mind of a Chef/YouTube

When Alain Passard opened L’Arpege in Paris in 1986, it didn’t take long for him to ascend to the ranks of the world’s finest chefs. I remember as a kid, my mother watching Great Chefs of the World and seeing Passard make frequent appearances making dishes like “swamp duck.” Decades later, he’s still appearing on PBS, but this time in the series Mind of a Chef. And his influence hasn’t waned either. As vegetable-focused cooking now comes into vogue, it owes largely to Passard’s decision to eschew meat from L’Arpege in 2001.

It was a drastic move for such a prestigious restaurant. L’Arpege turned its back on generations of cooking tradition that usually demanded a meat protein to be the focus of main dishes on a menu. But ever the innovator, Passard was no longer inspired by this paradigm and wanted to put vegetables first (meat has eventually creeped back onto the menu, but as more of a supporting player to produce).

To create vegetable-only dishes that could still measure up to plates formerly laden with foie gras, lobster, and beef, Passard’s next challenge wasn’t in the kitchen, but where his produce came from in the first place. So he started three gardens outside Paris that supplied the fruit and vegetables to L’Arpege. Every morning someone harvests what’s ready that day and sends them to the restaurant. Nothing is refrigerated overnight; instead, what diners receive is as fresh as he could possibly serve it, thus allowing the purest expression of the produce in his cooking.

In a recent episode of Mind of a Chef, he lets Ludo Lefebvre of Trois Mec in Los Angeles tag along to show him what grows in the garden and explain to him his organic farming methods, leaving Lefebvre to say, “Mr. Passard is a god of vegetable.” Check out the video below to how a great chef is harnessing nature to delicious ends.