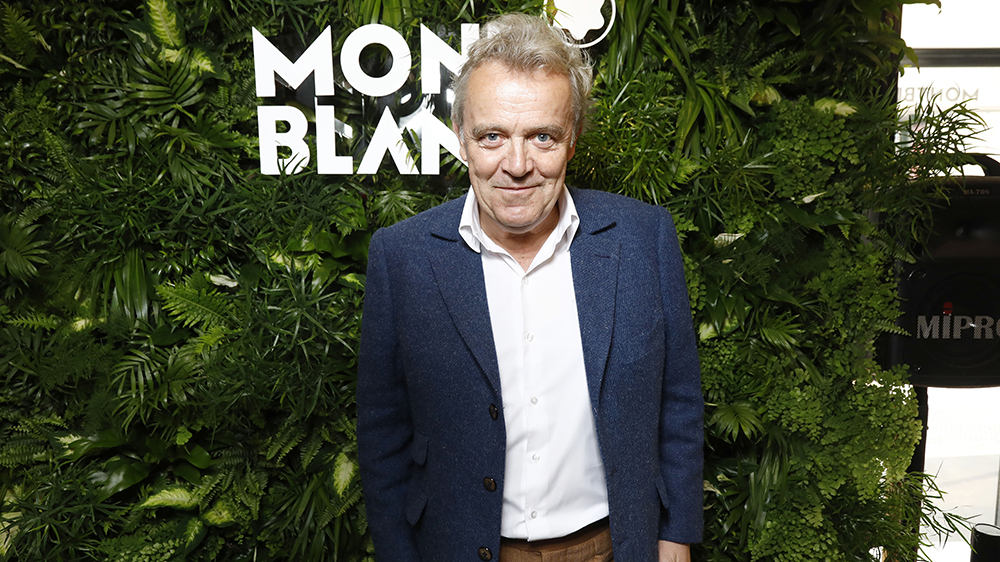 Louis Vuitton is partnering with a slightly unexpected person on its latest project: the renowned chef Alain Passard.

Passard, who’s behind the Michelin three-star L’Arpège in Paris, will be working with the luxury-goods company to open a pop-up restaurant at its flagship in Seoul, South Korea, Hypebeast reported Thursday morning. The restaurant itself will be modeled after a vegetable garden, with the vegetarian menu incorporating fresh, seasonal ingredients.

“It will be a space that awakens the true taste of autumn based on fresh ingredients with the staff who have turned into gardeners,” Passard said.

The announcement of Passard’s project comes on the heels of Louis Vuitton’s first pop-up restaurant in the Seoul space, which featured the Korean-born French chef Pierre Sang Boyer. From early May to early June, Boyer served up French cuisine with a Korean twist. And now guests will have the chance to sample Passard’s veggie-forward fare.

Passard bought L’Arpège in 1986 and acquired his three Michelin stars a decade later, in 1996. He’s been able to hold on to that honor ever since, despite changing up the menu in some big ways over time. In 2001, he was an early adopter of a meat-free menu, even though L’Arpège first made its name as a rotisserie. Since then, Passard has reintroduced some meat to the restaurant, although vegetables still take center stage.

“That put vegetables at a place on menus that it hadn’t been before,” chef Corey Lee, of Michelin three-star Benu in San Francisco, told Robb Report in 2018. “It really ushered in this new time where cooking with vegetables and less protein and less meat and less fish was a global trend.”

Passard’s Seoul pop-up will open sometime in the next few weeks on the fourth floor of the Louis Vuitton flagship. It’ll certainly be a fashionable restaurant for a very fashionable set.