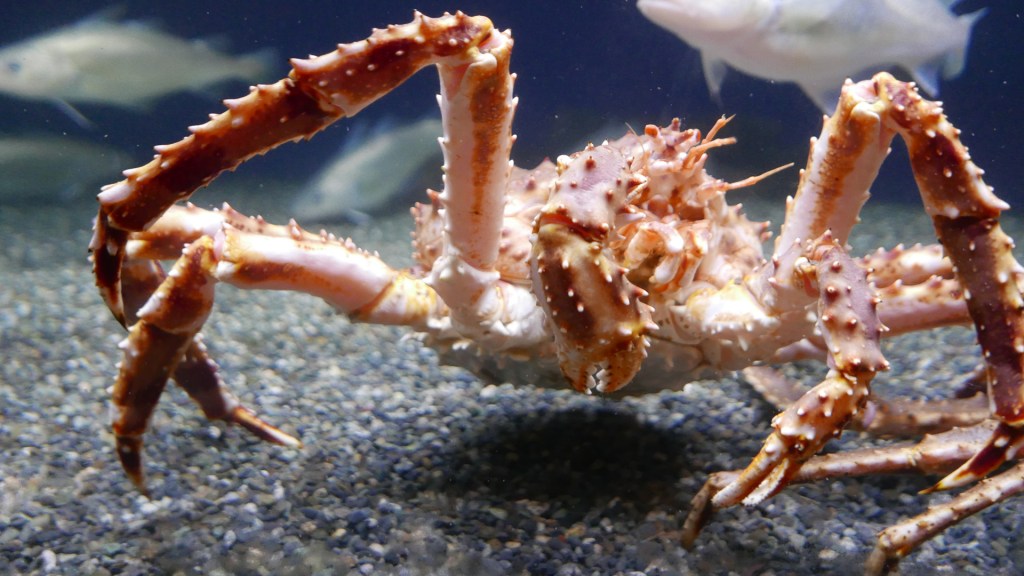 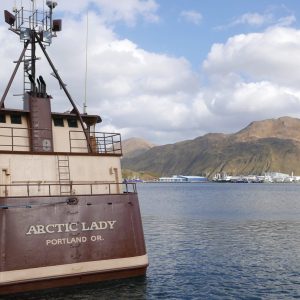 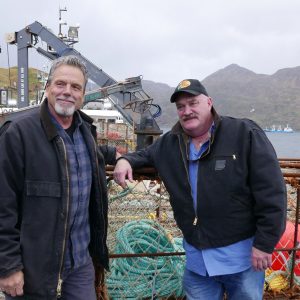 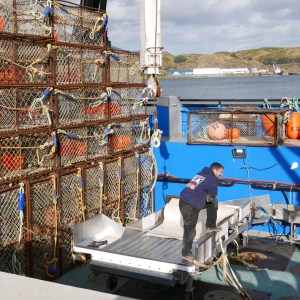 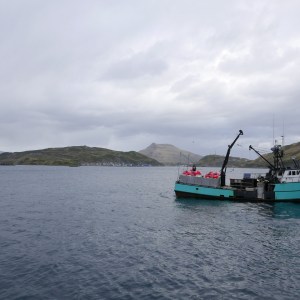 Dan Jansen had been awake for about a day and a half on his first-ever trip as captain of a crab-fishing boat way back in 1986. When there was finally a lull, Jansen left the wheelhouse to get some rest. His eyes hadn’t been shut for more than 15 minutes when he heard what sounded like an explosion. In the time it took for his feet to swivel from his bunk to the floor, Jansen’s stateroom had filled up with more than a foot of water. A massive wave had crashed over the deck of his ship, blowing out all the windows in the front of the boat. The crewman who had been at the helm had had his face sliced open from ear to ear thanks to the glass in his eyeglasses. The deck boss whose job it was to stay calm in hectic situations like these was throwing up everywhere.

Fearing the boat might sink, Jansen and his entire crew sought safety in life rafts. But the ship that rescued Jansen’s raft was rocked by another wave that caused it to heave down on top of the raft, pushing it underwater with Jansen inside. He egressed through an emergency hatch—but when he broke the surface in the frigid Bering Sea, the rescue boat was more than 200 yards away. Miraculously, one end of a rope that had been mistakenly left adrift was right next to him. The other end was attached to the rescue boat, so Jansen tied the rope to one of his arms and was towed behind. The rope ended up fracturing his arm, but Jansen was ultimately brought to safety.

Somehow, the rest of Jansen’s crew survived, as well. Somehow, Jansen’s boat didn’t sink. And somehow, one month later, Jansen was back out on the Bering Sea, fishing for the delicacy that is Alaskan crab—and then for 30 years after that.

Such is the allure of Alaskan crab. “Running one of these boats is not just a job; it’s an identity,” says Jansen who was finally retiring from crab fishing after more than a quarter century. “That’s going to be the tough thing [about retiring]. You lose your identity. Instead of, ‘I’m a crab fisherman.’ It’s, ‘I used to be one.'”

While there are many highly sought-after and prized ingredients in the world, none are as perilously procured as Alaskan king crab. A Japanese rancher who raises Wagyu cattle doesn’t lie awake at night, worried that he might someday have to call the next of kin of one of his ranch hands. A white-truffle forager doesn’t stress about a rogue wave drowning him and his entire harvest. An Alaskan crab fisherman, on the other hand, never leaves port without confronting the fact that he or she might not return.

It’s easy to see how that kind of risk-reward drama would attract the attention of TV producers. Since 2005, Deadliest Catch has been one of the most popular shows on the Discovery Channel. Chronicling the crab-fishing season in Dutch Harbor, Alaska—which is about as close to the end of the Earth as one can get—Deadliest Catch features plenty of the bickering and petty feuds that wouldn’t be out of place on other reality shows like Real Housewives of Who Knows Where. But those moments, which clearly make for good TV, can deflect attention from an equally intriguing story, which follows the craft and care that go into harvesting the beautiful red king crab with legs the size of a baby’s arm in one of the most remote places on earth. As with many foods, there can be a disconnect between what shows up on the plate in a fine-dining restaurant in an urban metropolis and how it got there.

Even award-winning chefs like Lionel Uddipa, who was born and raised in Alaska and is chef de cuisine at Salt in Juneau, took it for granted.

“I didn’t know what it took to produce that product until I met a couple crab fishermen that explained what they do: ‘This is the season that we have to do this; this is the sacrifice that we have to make. We’re putting ourselves out there to get this king crab, and it’s to feed the people.’”

When you search for Dutch Harbor on your phone’s map app, it takes a few pinches before you are able to find another city that rings a bell. Situated on the Aleutian island of Unalaska, it’s remote enough to make you think Sarah Palin wasn’t that far off when she said she could see Russia from her backyard.

Just getting there can be a test of perseverance. When I traveled to Dutch Harbor in October to see the start of the king crab season, my first attempt was canceled because of high winds. When the flight eventually took off the following day, the normally 2-hour trip took twice as long, as the twin-propeller plane grunted into a headwind like an offensive lineman trying to clear a running lane.

Once you touch down in Dutch Harbor, the landscape is reminiscent of Hoth from The Empire Strikes Back (minus the tauntauns). The ratio of civilization to wilderness is inverted from what most urban and suburban dwellers are accustomed to. As such, it’s absolutely breathtaking, with each turn of the head presenting a new postcard-worthy vista (perhaps “Instagram-worthy” is a more appropriate phrase). Bald eagles are as common as pigeons, although as locals are quick to point out, the birds of prey only take on the “bald” white plumage once they are older.

Being in a place that seems like it could shrug off humans like flakes of dandruff breeds self-reliance and a respect and reverence for the sea, air, and land that are rare in modern society.

As Keith Colburn, captain of the Wizard—which has been featured on Deadliest Catch since its third season—notes, “There isn’t a fisherman out here that says, ‘I want to catch the last crab.’ But I can guarantee you that every fisherman out here will say, ‘I will leave one more crab so that I can have crab next year.’”

That pride and sense of purpose are common as you speak with different crab fishermen in Dutch Harbor. For guys like Jansen, crab fishing represented a line of work where a guy without a college degree could make a lucrative living for himself. (He first ventured to Alaska after seeing friends of his come back from a fishing season and drive Porsches.) But the members of the fleet in Dutch Harbor are keenly aware of the need to balance commerce with sustainability and safety. Rather than trying to catch as much as possible in a short amount of time and risking life and limb to do so, the fishery now operates on a quota system, where fishermen are allotted a certain amount of crab that they can catch each season. Making it less of a zero-sum game where a crab in the boat next to you is one less for you to sell encourages captains to take fewer unnecessary risks.

More Than a Job

But out in the Bering Sea, there’s only so much risk that can be mitigated. In February, the fishing vessel Destination disappeared with six crew members onboard. It wasn’t until July that the 98-foot boat was even located, and the cause of the accident remains a mystery.

When I was in Dutch Harbor, Colburn let me hop aboard the Wizard as he navigated out into the harbor with other boats in the crab-fishing fleet for a memorial for the crew of the Destination. Film crews, including one in a helicopter, captured the scene for Deadliest Catch as flares were lit and a wreath of flowers was thrown into the water. But afterward, during a more intimate ceremony on a deck off the Wizard‘s wheelhouse, it was clear that this was much more than a made-for-TV moment. Grown men with a fortitude that inspires jealousy were brought to tears and spoke in hushed tones afterward.

Even after memorializing one of his good friends, with all the “Why this boat? Why this crew?” questions swirling in his head, there were no second thoughts about what Colburn would do next.

“I literally have no doubts about going out there. At the end of the day, you can only do your best with the boat and crew, and then Mother Nature is Mother Nature.” 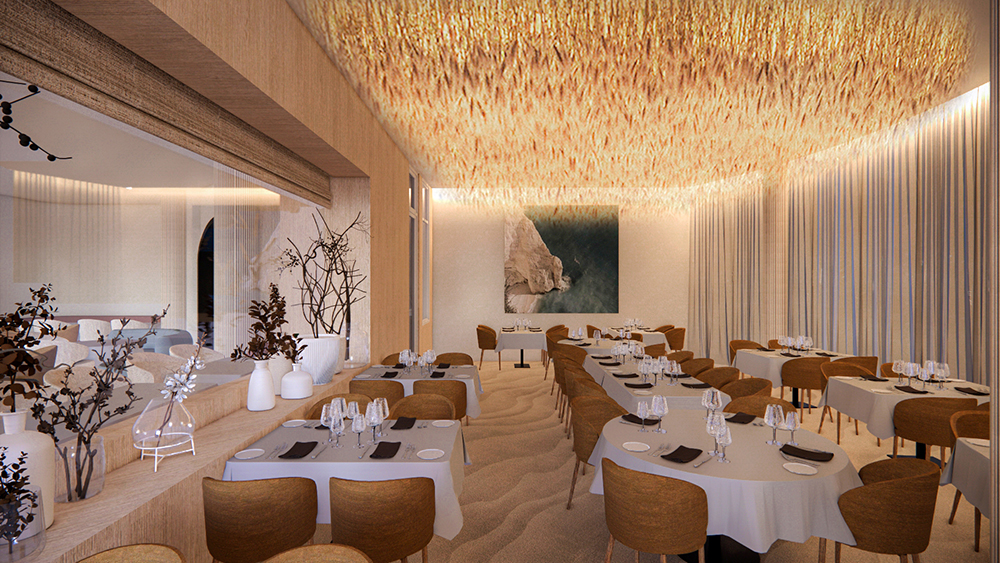