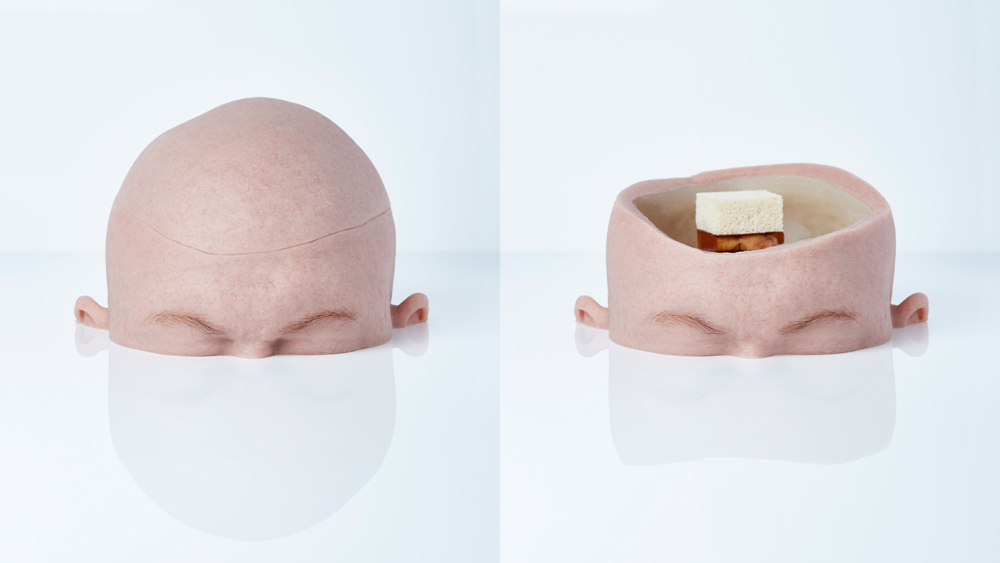 The lamb heart arrived, without much warning, along with a full transfusion bag. Soon, Rasmus Munk would douse what looked like blood all over the heart while people just sat there and watched. The grisly scene became more benign when the chef of the 15-seat restaurant Alchemist informed the diners the sanguine fluid was actually a cherry juice and chicken stock reduction to coat their lamb tartare. The dish was visceral, creative, sensational and, yet, not for shock value alone. There was an altruistic reason behind it. What also accompanied the heart and blood was a card to sign up to be an organ donor.

To Munk’s surprise the little gesture worked. That dish in the middle of his dinner-meets-performance-art menu led to 1,500 people who dined in this tiny Copenhagen restaurant to become organ donors. “That was quite amazing,” Munk says. “It was a turning point for us, that this was possible to do with food.”

Yet, not everything Munk wanted to do was possible—not in that original incarnation of Alchemist at least. To truly merge food and theater, he’d require something bigger than his tiny restaurant. He’d need a grand stage to fit his outsized ambitions. So Munk shut down Alchemist in 2017, and has reemerged this month with a 50-course, multi-room, sensory overload of a restaurant that’s art, activism and eating all in one. Alchemist may be the world’s most ambitious restaurants.

The seeds for the new Alchemist began in 2016, just a year after the first incarnation. An investor in the Michelin three-star Copenhagen restaurant Geranium, Lars Seier Christensen, approached Munk about buying into Alchemist. For the young chef, his restaurant was already up and running and business was good, so it didn’t seem to make sense to take on a new investor. But Christensen upped the ante. He asked Munk, “What is your biggest dream?”

What Munk sketched out was decidedly dreamlike in that he thought it was far enough from reality that he wouldn’t have to execute it. “I told him I wanted to push the limits of what a meal can be—to create a space where guests travel through different rooms and incorporate art and theater,” he says. “I drew up what I thought was impossible, because I had just started a new restaurant, so why begin a new restaurant already?”

Once again, Munk was left surprised by the response he got. Christensen, the former CEO of Saxo Bank, told him he’d help make the impossible possible. Building commenced and Munk started gathering artists and artisans to create the new Alchemist.

From the outset, diners know something different is happening during a night at Alchemist. The experience, which lasts from three to five hours, begins upon approach. There’s no sign or marker indicating what this place is—there’s just a pair of imposing 13-foot-high bronze doors. It seems only appropriate that this is the building where the Royal Danish Theatre builds its sets. Inside, the show begins, set to a soundtrack composed specifically for the restaurant, in a similar vein to how Jordan Kahn has a custom soundtrack for his experimental LA restaurant Vespertine.

One of the first rooms diners enter is dedicated to New York City and is designed by Japanese-American graffiti artist Lady AIKO. While you dine on courses inspired by Gotham’s street food, Munk is telling the story of immigration, which is a hot topic back in his home country of Denmark as well.

Service will also take place in a text kitchen, then diners will move on to a light installation, before heading into a room under a 30-foot-high planetarium dome where a video installation will show the aurora borealis. Only 40 people per night will dine at Alchemist, so they can eat at as leisurely of a pace as they’d like.

Munk’s style of cooking isn’t New Nordic; it’s more in line with the avant-garde leanings of the Spanish modernists led by the Adria brothers, Jose Andres, and now Aitor Zabala at Somni in Beverly Hills. Like Zabala, Munk is taking the principles and techniques of molecular gastronomy, but presenting the dishes in familiar forms and whimsical platings.

Dishes like “Food for Thought” come inside a faux human head, where you remove the top of the cranium to reveal sautéed foi gras in a Madeira casing topped with aerated foie gras. It serves as an homage to a foie gras producer who has figured out a way to make the fatty goose liver without force feeding the birds. And his “Think Outside the Box” wants to raise awareness of food waste by serving lamb’s brain and cherries with walnut oil, showing people all parts of the animal can and should be eaten.

Munk’s mission is an extremely earnest one, like that of an eager grad student. But with the success of his organ donor drive, he’s hopeful about what he can achieve with a much larger canvas. “We can’t change it alone,” Munk says. “But hopefully we can put awareness in people’s mind about some problems that are important for us to talk about and maybe inspire other people that have more power than us to do more about it.”