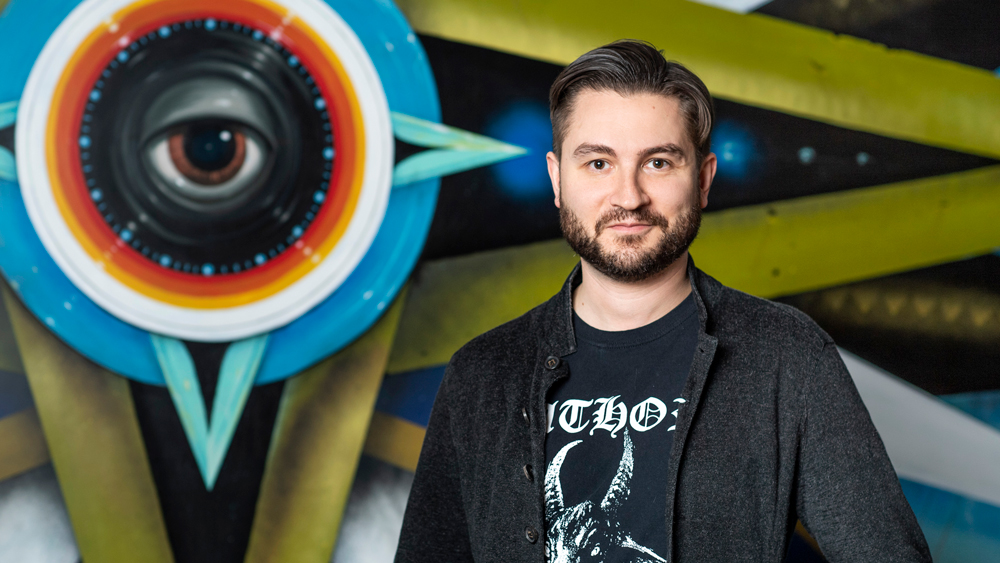 As noon approaches, the midtown Manhattan outpost of Alex Stupak’s budding Empellón empire fills up around him. The former pastry chef at two of America’s temples of molecular gastronomy—Grant Achatz’s Alinea in Chicago and Wylie Dufresne’s WD~50 in New York—wasn’t about to feed this lunch rush foams and gels; instead they’ll dine on his take on Mexican food. The man David Chang has called “a master of culinary dark arts” has largely left behind a restaurant movement that was once the world’s most exciting and also defined an early portion of his career.

“I was poised and positioned to be the third-coming dark horse of molecular gastronomy. But that would have been uncreative in my mind,” Stupak says. “Grant and Wylie are my mentors and they taught me you’ve got to do your own thing and not copy. It was more creative to open a taqueria.”

He’s not alone in getting out. So many of the leading lights of the movement, from El Bulli to WD~50, have done the same. But that doesn’t mean Stupak looks back on molecular gastronomy as merely some passing fad.

At its core, molecular gastronomy’s heyday was actually the Moneyball era of restaurants—challenging conventional wisdom with an analytical approach. Its most prized practitioners just happened to also use the science they’d learned about cooking to make some pretty avant-garde food. But that led to molecular gastronomy’s critics and copycats alike getting hung up on the aesthetics of the movement as opposed to the principles. In the moment it was happening—and even long after—Stupak believed people never really understood what the molecular gastronomy era meant. We went to him so he could set the record straight as he sees it.

For a long time in the world of restaurants, a lot of what you learned was just handed-down knowledge that was actually wrong.
Heston Blumenthal’s epiphany was, he would get on stage at Madrid Fusion and talk about how, when he was being taught as a cook, you sear meat to seal in the juices, and he realized that’s factually not true. It’s a pretty big thing to realize—[that] we’re all talking in false terms. There was this myth and mysticism. He would go on and on: “Don’t ever put a lid on when you’re boiling green vegetables,” and he’s like, “That’s bullshit.” He would literally debunk all these myths.

Was there something about Heston’s arguments that drew you in?
The things that drive me most are rebellion, provocation, challenging the system. When a chef goes, “By the way, all this shit that your culinary school instructor is telling you is a lie,” I think that’s really badass. Yeah, that was definitely alluring to me.

There was a contrarian streak to it.
Yeah, but a right one, that’s cool. Simultaneously, I don’t necessarily believe some of those methods yield a better result. I would much rather eat a steak at Peter Luger than have someone pull one out of a bag that’s been at 54.4 degrees Celsius for two hours and then blackened with a blow torch.

Stupak is still up to some old tricks—this isn’t actually an avocado.  Photo: courtesy Evan Sung/Empellón

Was there a fundamental misunderstanding of molecular gastronomy by the public?
You’ve used a term that I very much dislike, which is molecular gastronomy. The reason I dislike it is because the media really misused it. Still to this day it’s misused. There are two different things. There’s creativity and then there’s the idea that we should understand more about what happens when we cook food. They actually have nothing to do with one another.

How so?
Liquid nitrogen is the perfect metaphor for this whole thing. The moment Heston Blumenthal got on stage at Madrid Fusion and poured liquid nitrogen and did something that no one had ever done, the literal fog of it created a metaphorical fog for the media. Everyone stopped seeing the point of it. It was just like, “Oh, fog. Must be science.”

Think about the stupidity of that. Okay, here, I have liquid nitrogen, we can pour it over something right now. I can also give you a pot of boiling water, and you can pour that over something. What does that have to do with molecular gastronomy or understanding things at a molecular level? It has zero, zero to do with that.

I once did a demonstration where I used liquid nitrogen. I was talking about what I was doing on stage, and, I swear to God, the moment the liquid nitrogen came out to freeze what I was freezing, everyone stopped listening to me. It was stupid. They missed the whole point of what I was trying to do. I never used liquid nitrogen on a stage ever again, and I always looked down upon people who did because I’m like, “This is a copout at this point.” It’s like pyrotechnics at a Kiss concert. Take that away, take your face paint away and you suck.

My beef with the term was, any time you tried to do anything creative, it was deemed as molecular gastronomy, whereas molecular gastronomy as a discipline could be used to make better pasta. If the point is I’m going to use science to better understand what I’m doing and that’s going to help me achieve a more consistent result or a better [result], that has zero to do with creativity.

Does knowing the science of food help expand creativity?
With no understanding of science, no existence of molecular gastronomy, creativity would still exist. The science can be an avenue towards creativity, yes. I mean, Wylie is way more concerned about the “Why is this happening? Why does this work?” than a lot of chefs. In that way, I think he was a part of that movement. Simultaneously he was, in fact, using it to a creative, novel and unique end.

Heston Blumenthal was deep into molecular gastronomy. He wanted to use science to make food more delicious, but he was also creative. I sat down and ate at The Fat Duck and they put a dish in front of you, and there are two cubes of jelly. One’s orange and one’s red and they say, “Beet and orange. Eat the beet first,” so you eat the red one, but the red one’s blood orange and the yellow one was yellow beet. He’s messing with you, that’s creative.

What really interests me is how did we get from the point where it was a world-dominating cuisine to the point you and others hate the term “molecular gastronomy”? What was the spark to make it go in the first place?
I think things changed when Albert Adrià discovered sodium alginate. He discovered this hydrocolloid that, if you add it to a substance and then introduce that substance to calcium, it would gel. That technology has been used to make re-formed food in the industrial world forever. The pimentos inside your green olives are not pimentos. They are re-formed pimento gel set with sodium alginate and calcium. He just discovered the novel use of it, right? I mean, I can make mango behave like an egg yolk.

I remember it was Madrid Fusion. Heston got up and he made a foam, and he froze it in liquid nitrogen really quick and broke it open to show that it was soft on the inside and frozen on the outside. Once that happened, everything went nuts. Chefs started thinking, “They got alginate. We all got to get alginate,” and everyone started using alginate.

“What about all the other hydrocolloids? Like gellan, carrageenan, methylcellulose, agar agar, xanthan gum, xyloglucan?”

That sounds like Breaking Bad.
Everyone was just getting all these things. It’s like, “What the can we do with them?” Here’s the reality about hydrocolloids. I’ll make it very unsexy. They only do two things: They either thicken food or gel food, that’s all they do, but under all these diverse permutations of how they do that, some cool stuff can happen.

Like what cool stuff?
Methylcellulose is used in wallpaper paste. But if you have frozen onion rings, they use it to make the batter stick better to the onion ring. The short of it is this: It does a lot of different things, but one of the very unique things it does is that it gels when it gets hot. It’s not exactly like this, but it’s a theoretical inverse of gelatin.

You heat up gelatin, it melts. This you heat it up, it sets. It melts when it cools down, so Wylie added that to a puree of tofu flavored with sesame and he put it in a little squeeze bottle. He gave everyone a big, gorgeous bowl of consommé, and he said, “Go ahead. Now you can make your own noodles by squeezing this substance into it.”

You mentioned how Heston’s demonstration made people so excited—
That was the beginning of the death of it, too. It fizzled out really quick after that.

What were the signs to you that it was fizzling out?
It wasn’t shocking anymore. It was getting to the point where no one was showing up on stage and doing anything that was wowing anyone anymore.

Why was its rise and fall so fast?
I think that when people think of modern, they think that means of the moment, like now. If I make a dish right now, that’s a modern dish. There was a point of modernity that elBulli was at the tippity-top of. To me modernity—if you look at modern art or Modernist architecture—it was about stripping everything away and getting down to the essence of it. But the unsustainability of any Modernist movement is that it’s more about the act of doing it than the result. Inevitably you’re going to run out of new things. The same information started getting sloshed around to where it wasn’t creative.

He was very smart in that way and branding and that. He gave everything a label. He created his own language. “This is spherification and this is air.” His idea was, as chefs we know how to sauté, fry, boil. He’s like, “Here’s 15 more. I’m making your toolbox bigger.” It was insane and it was awesome, but sooner or later like anything else, okay, no offense to anyone, but what I loved about that movement in cooking was the counterculture nature of it.

And it started losing that counterculture nature?
When I turn on the TV and see some shithead with a fauxhawk pouring liquid nitrogen over something with Tom Colicchio lurking over it, I’m done, sorry. The jocks showed up to the punk rock concert. I’m leaving, time to go in a new direction. That’s just it. It caught on, and it became played out. The true meaning and the importance of it was understood in my world, but I suspect the profundity of it was not fully absorbed by the masses. In fact, back to the proverbial fog.

What do you mean, it wasn’t absorbed by the masses?
I don’t think that the true art or beauty of it was understood. I think the whiz bang of it distracted from the real point of it, which is to take a second look at everything.