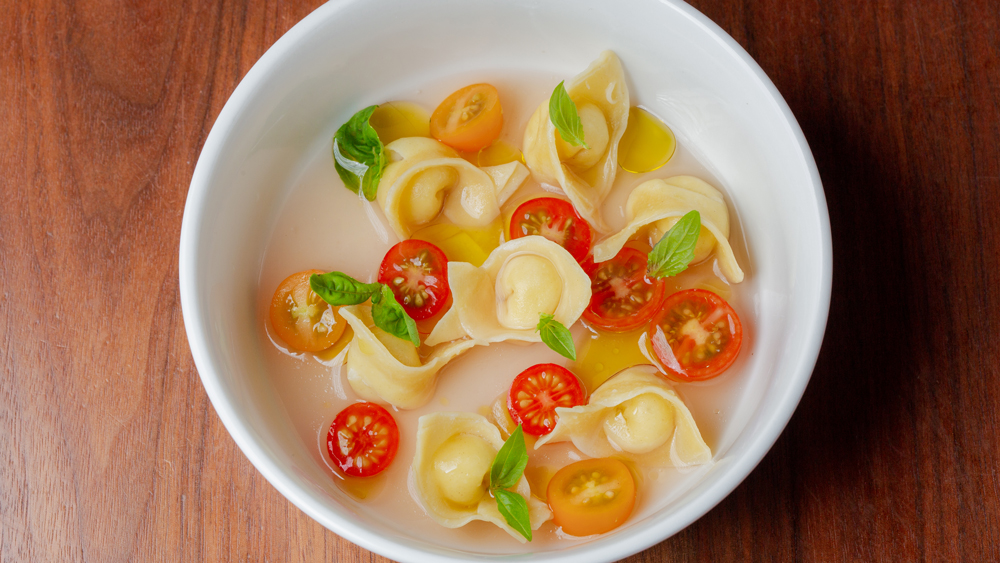 Alfred Portale is excited, but nervous. The pioneering chef has spent the past three decades in the kitchen at Greenwich Village’s Gotham Bar & Grill, where he has earned a Michelin star for the past 13 years. Now he’s walking away.

“At Gotham we’ve had 35 years of tremendous success, but I was anxious to do something new,” he said. “I presented my partners with a number of opportunities and they didn’t want to do another restaurant. They said, ‘you’re free to do what you want.’ So yeah, that’s what I’m doing.”

His new restaurant, Portale, will open next week in Chelsea. And he’s doing exactly what he wants: Portale will be casual Italian, his dream restaurant, and a sharp departure from the fine-dining American food he has served at Gotham since 1985. There, he had a cult following for dishes such as his tuna tartare and hamburger, and he mentored innovative chefs including Wylie Dufresne, Bill Telepan and Tom Colicchio.

Portale worked on a few other projects over the years—a Gotham-branded steakhouse in Miami (now closed), a Stephen Starr restaurant in Philadelphia (now closed) and a Gotham-branded restaurant in Las Vegas (never opened)—but chose to focus his energy on Gotham, where he is also part-owner. He racked up Michelin stars and James Beard Awards, but recently got antsy and was finally ready for a solo endeavor.

“It’s sort of like coloring with the same box of crayons,” he said. “There’s an expectation, there’s a style that you associate with Gotham, and it’s hard to go outside of it. Sometimes I would create a dish and decide it just wasn’t right for the restaurant even though there was nothing wrong with the dish. I’m really excited to be coloring with a new box of colors.”

While he is remaining financially invested in Gotham, he is severing his ties to the kitchen. He says he wants to give Portale his full attention and re-focus all of his culinary energies. Victoria Blamey took over as executive chef of Gotham in September.

The new, 130-seat restaurant will be modern Italian, but it won’t be focusing on any particular region or any vague notion of authenticity. Portale is just taking inspiration from Italy (where the Italian-American chef once lived) and using Italian ingredients to execute his own vision.

“There are a number of—well, not so many, but a few—good Italian restaurants [in New York City],” he said. “It you look at their menus, which I have, from all the restaurants in New York, a lot of it is the same. I set out to be a little bit more inventive, yet familiar. I have great respect for Italian tradition and time-honored recipes and flavors. But I definitely wanted to strike out and do something different.”

He’s making fresh pasta and homemade bread with grains sourced from various farms in Upstate New York, which Portale already has relationships with through the Union Square Greenmarket. Portale’s kitchen is milling some of the grains itself, even heirloom blue corn, which they will make into polenta. It is served with wild mushrooms and a roasted half chicken (the breast is cooked sous vide and then seared, the leg is cooked confit in duck fat).

“I’m going to put a certain spin on things that I think will stand out,” he said. “You can find pasta carbonara in restaurants all over town. Some good versions and some not so good. But I’m doing a risotto carbonara, which I’ve never seen. Another thing you find is a carpaccio. It’s typically some kind of pounded beef. But I’m doing a short rib carpaccio, which is thinly sliced and highly marbled and looks stunning on the plate. I think it’s really clever.”

Portale says working with new faces has invigorated and motivated him again, and he hopes the restaurant is fun and accessible to the community as well. There are no tablecloths or dress codes.

“I’m not looking for a Michelin star,” he said. “Just by virtue of my name and my reputation, I have legions of fans chomping at the bit for me to get open and to come to the restaurant. However, we’re doing everything we possibly can to balance the general vibe, price point and design to make everyone who lives in the neighborhood feel welcome and comfortable. At Gotham a number of people who lived in the area came in a couple of times a week. I hope that will happen here as well.”