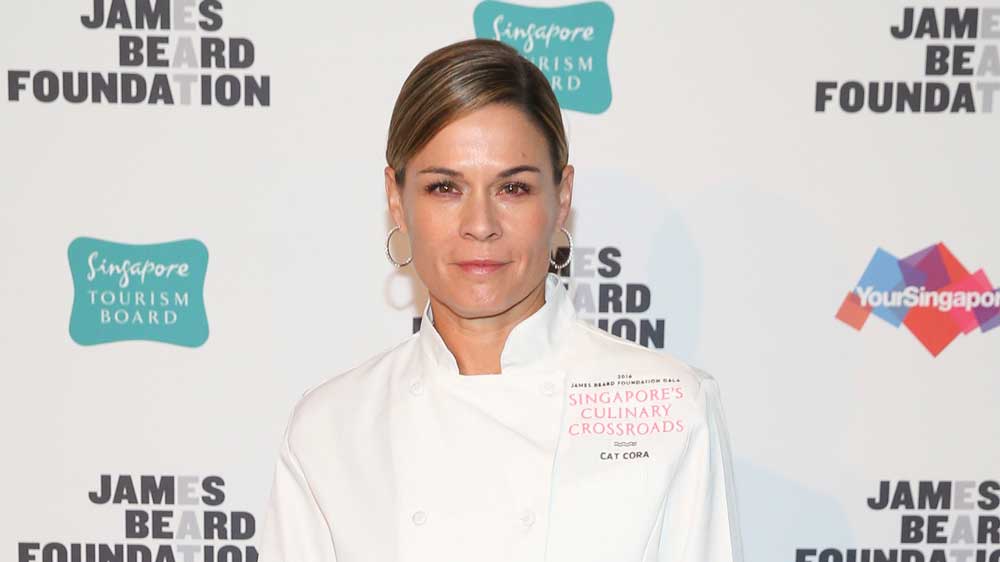 Over the weekend in Chicago, the normally staid and cerebral Alinea turned into the scene of a pretty epic food fight. Cat Cora, best known as an Iron Chef on Food Network, arrived at the Michelin three-star restaurant for a dinner reservation on Saturday night, and when she couldn’t get a table, she stormed out and posted to Instagram a message expressing her displeasure with how Alinea treated her. She had said she was there to support her friend chef Grant Achatz, and even posted email correspondences between her assistant and Alinea to show a booking had been made.

The restaurant came off looking pretty bad. But did her 85,600 followers get the full story of what happened that night? Alinea’s owner Nick Kokonas didn’t think so.

Soon after, Kokonas posted a note of his own on Instagram saying that Cora was in the wrong, didn’t have a reservation, and had acted rudely, adding that it was “Sad when minor celebs think they’re more important than the average diner.”

It looked like the incident was shaping up into a real “he said, she said,” but Kokonas, never one to back down, took it one step further. He went onto his personal Medium blog and posted an article detailing what happened with corroborating evidence. “It is The Alinea Group’s policy not to comment on private guests’ experiences, but occasionally a diner makes an incident public and we are forced to respond,” he wrote.  “Cora…intentionally arrived 24 hours and 15 minutes late to a booking at Alinea, proceeded to create a scene, accuse our staff of sexism, invoked a ‘chef’s code’ whereby we were expected to ‘roll a table into the kitchen’ for her, and then left with ‘fuck you, fuck Grant, fuck Alinea’ while flipping off one of our kindest veteran servers who tried mightily to apologize even though the situation was not his fault.”

He then detailed the correspondences Alinea—which also owns the reservation system Tock that numerous fine dining restaurants around the world—had with Cora’s assistant. The assistant had actually booked and paid for a reservation on Friday, then Cora no-showed. The parties chalked it up to a miscommunication, so Alinea offered a refund and said Cora could have a table Saturday, but not until 9 PM. The assistant accepted that reservation, only to respond later that it would be too late for Cora, and Alinea offered a refund. That didn’t stop Cora from showing up anyway, hoping she and her wife would be able to squeeze in. Yet the restaurant was fully booked, and it couldn’t accommodate her.

So why didn’t Cora’s friend Achatz come out of the kitchen to resolve the situation? Well, because despite what Cora’s assistant wrote in her emails, Achatz and Cora aren’t friends, in fact, they’ve never met. In a statement to the Washington Post Cora stands by her version of the story, but she has since deleted the Instagram post.