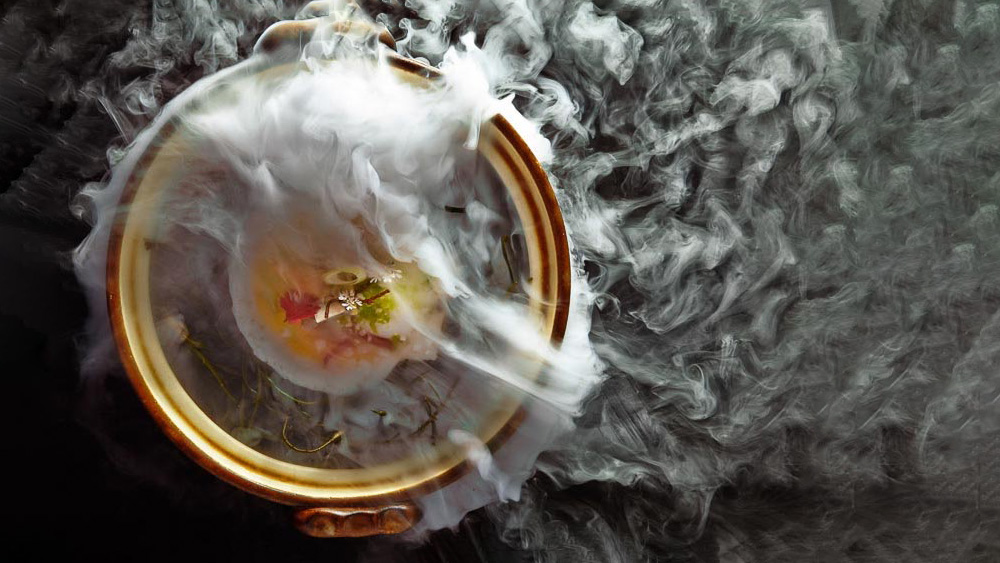 At any other restaurant, it would have been a nonsensical request. Even at Alinea, it was still a little odd. “I met with the chefs and told them, ‘We have to make food float,'” Grant Achatz says. “Mike was the first one to go, ‘I’ll make that happen.'”

That’s what Alinea’s executive chef Mike Bagale did. He made food float. The edible helium-filled sugar balloon he created became an iconic dish for the restaurant, but to Achatz, it’s not his right-hand man’s most enduring accomplishment of his eight-and-a-half-year tenure at Alinea, which Bagale announced over the weekend was coming to an end. “It’s easy to identify the balloon,” Achatz says. “But he’s so much more than that. It’s a rare thing to find someone who can cook really well, communicate with you, and have that voice where others around them are inspired and they respond.”

Bagale started at Alinea in 2009 as a chef de partie—a line cook. He worked his way up in the kitchen to sous chef, chef de cuisine, before ascending to the top spot in 2013. Each year he was executive chef, Alinea retained its three Michelin stars—the only Chicago restaurant currently with that distinction. In his announcement, Bagale didn’t give any hint of his future plans “For anyone wondering what my next step is…TBD. First, after 20 years of service, I’m going travel and re-discover myself,” he wrote.

This wasn’t some force out or shake-up at the top, instead Bagale told the staff six weeks ago his plans to pursue something new, an impulse Achatz totally understands. “At some point, like myself being under Thomas Keller’s restaurant group—while it was amazing—there was always the sense that I had to do something else,” Achatz says.

Now, Simon Davies will lead the 20-cook-brigade each night. The new executive chef started as a 19-year-old at Alinea at the same time Bagale came in, working his way up in much the same way, with Bagale as mentor. And also like Bagale, Davies has created a viral-hit dish, with his clear pumpkin pie last year.

Diners can expect some changes with the new top chef, but not drastic ones. “Simon has a West Coast upbringing, and having spent a majority of his time in Chicago, that will impact the style of cooking. But it’s always going to be Alinea,” says Achatz who pauses for a moment, then adds with a laugh, “We’re not going to do farm-to-table.”