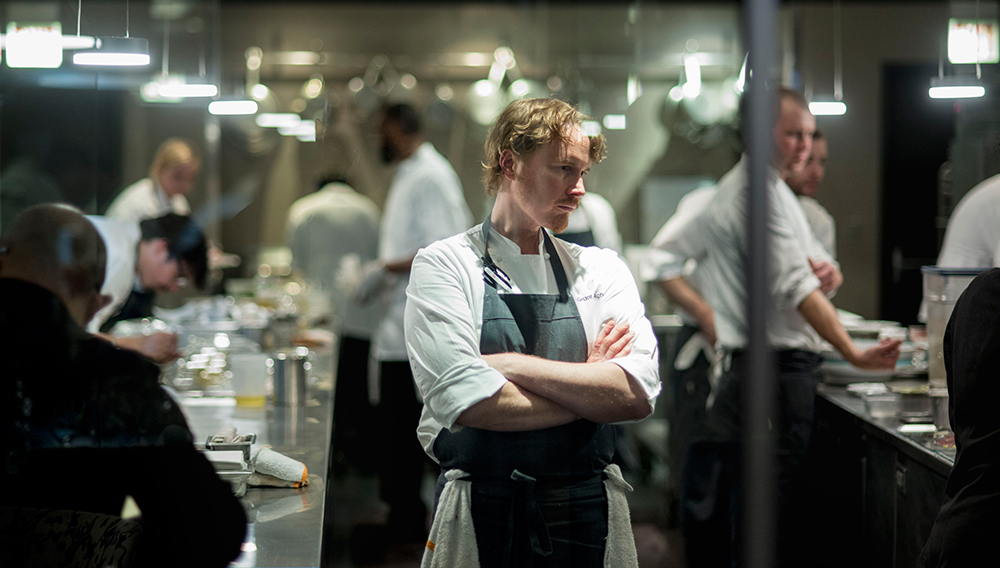 Among America’s temples of gastronomy, during Covid-19 there may not be another restaurant as nimble as Michelin three-star Alinea. It was Grant Achatz and Nick Kokonas who were among the first to successfully pivot a fine dining operation to takeout, trading in experimental, experiential dining for Beef Wellington you can reheat in your sweatpants.

To get back to their tasting menu style, the restaurant opened AIR or Alinea in Residence, a rooftop restaurant that recently finished up its summer run. And now as old man winter plans to take Chicago into his icy grip, the restaurant needed a new spot to serve its modernist fare. Alinea has announced it has found a place. It will pop up inside the Ace Hotel Chicago in the city’s Fulton Market neighborhood. Achatz and Kokonas have signed a three-month lease for the space because it plans to keep the nimble strategy that has guided through seven months of the pandemic so far.

“I no longer have a long-term strategy,” Kokonas told Robb Report a few months back. “We are generally on a week-to-week, month-to-month basis.”

Of course, there have been some hiccups along the way. Alinea faced a backlash after it served canapes that looked like the coronavirus. The team defended it as art and critics called it tone-deaf and elitist. A few days after that, a dishwasher at AIR tested positive for Covid-19 and the restaurant canceled service for two nights to disinfect. The restaurant managed to finish the residency without having to shut down again because of an infection.

For the upcoming residency, the three-year-old Ace Hotel makes plenty of sense. While Alinea is located in the Lincoln Park neighborhood, the restaurant’s new pop-up will be just a block from the Alinea Group headquarters that also houses Tock, Roister, Next, Aviary and the Office. The space inside the Ace has become available because the restaurant City Mouse—from the team behind Giant and Chef’s Special Cocktail Bar—is shutting down at the end of this week, another casualty of Covid-19. That all-day restaurant located across the street from Google’s Chicago offices was especially hard hit by the lack of laptop-toting tech workers wandering in to work during the day or grab a bite after hours.

Achatz and Kokonas haven’t provided many details around the Ace Hotel project, but plan to announce more next week.