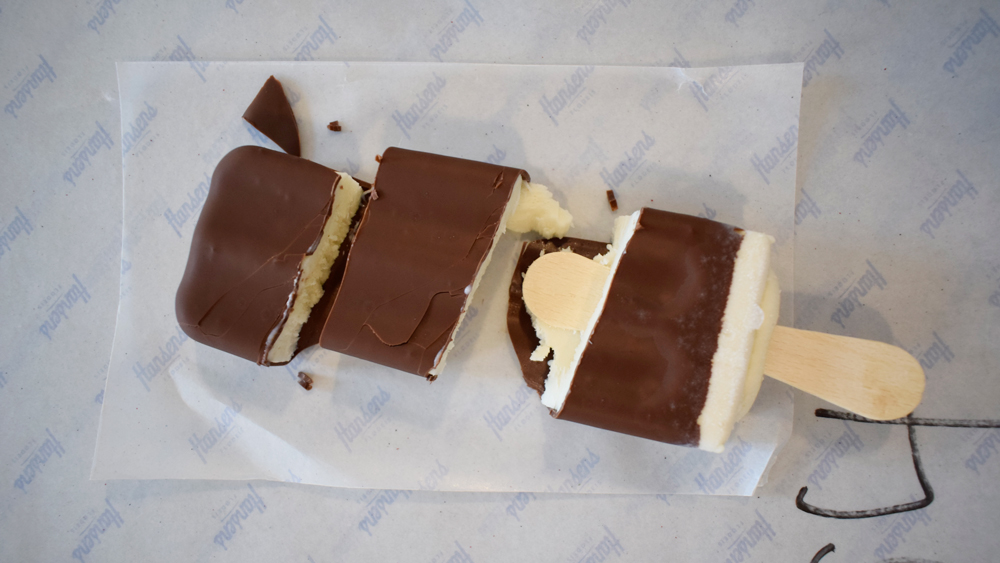 As I bit into my fair-trade, organic, sustainably produced, environmentally friendly breakfast bar I was satisfied. I’d eaten a healthy meal. I’d done my part as an ethical consumer. Was the taste satisfying? Oh, my god, no. It tasted like shit.

“If you’re a person operating in this sphere of upcycling and being responsible and you make something that is not delicious, you’re actually working against me,” says Matt Orlando, the chef at Amass, who has been on a mission to turn food waste into something people actually want to eat. “Let’s say someone goes and buys a protein bar you made from spent beer grains and it’s disgusting–then that not only devalues your work, it devalues my work and everyone else operating in this space.” So he wants to upend stereotypes about sustainable food being more virtuous than delicious.

Inside Orlando’s Copenhagen restaurant, he has a test kitchen devoted to studying how the spent coffee grounds, old bread, vegetable trim and more that Amass creates each day could become valuable ingredients in and of themselves. What makes his mission different is that he’s not keeping the innovation inside the four walls of his restaurant. He’s willing to partner with industrial producers to scale up his experiments and make food with upcycled ingredients for a mass audience who may not even care about sustainability.

Now, one of his biggest successes to date—a project years in the works—has hit Danish supermarket shelves. Orlando and his team have managed to transform old bread into ice cream bars. 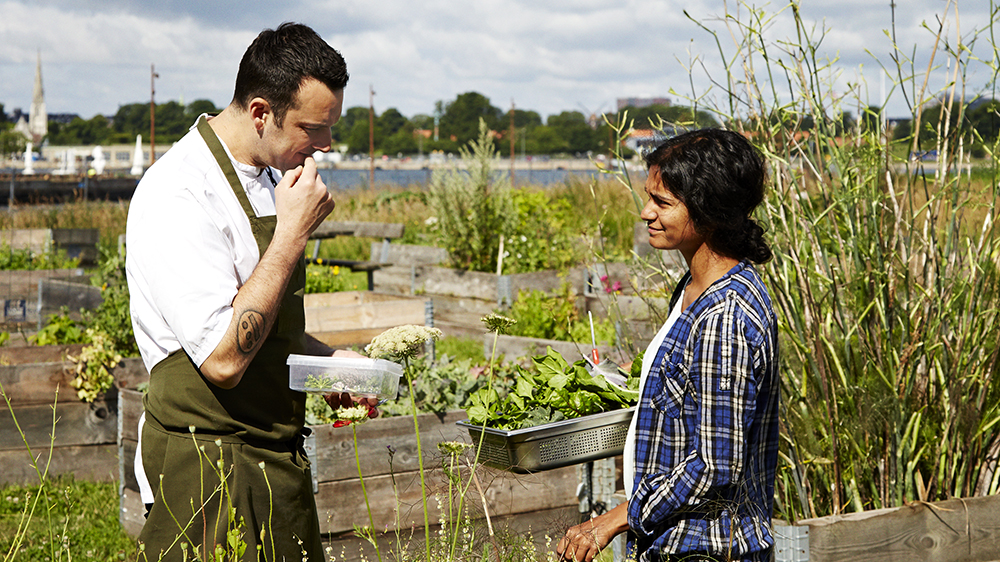 The project began when medium-sized Danish bakery Jalm&B was on the lookout for a partner who could make use of its unsold and irregular bread. After working with a brewery in 2018 to make a bread-based beer, the company approached Orlando and Amass’s director of research and development, Kim Wejendorp, to see if they had any ideas for the discarded loaves.

Orlando and Wejendrop tapped into Amass’s sister brewery Broaden & Build (which has since closed—a casualty of the pandemic) to treat the bread like the beginning stages of making beer by covering it with water and warming it to the point where the starches broke down into sugars. They reduced the resulting liquid until it became a syrup, which they mixed with some dairy and spun it into an ice cream. When we previously reported on the team’s efforts, they’d served the ice cream—which had a malty, honeyed flavor despite the addition of no additional sugar—at a Copenhagen food festival, where they’d received positive feedback. And on top of that they had interest from Irma, the local equivalent of Whole Foods, to carry the ice cream in their stores.

For Orlando and Wejendrop, the confection set off a light bulb: They could go beyond their restaurant to partner with industrial-sized producers to tackle large waste streams that could make a significant environmental impact.

The silver lining of the pandemic was that it gave them extra “headspace to really understand what we were doing and how to scale it,” Orlando says. But as they worked more on the recipe, they started hitting up against the upper edge of their knowledge when it came to making a product fit for grocery stores instead of a restaurant or food festival.

Chefs deal in the here and now. At their restaurants, they don’t really have to worry about creating foods that are shelf stable—where they’ll still have the same taste and texture in two months as they do the day they were produced. And with ice cream, if you don’t have your processes dialed in, unappealing ice crystals can form in it over time. “We know we can make an ice cream out of [the bread syrup], but we are not like large producers of ice cream,” Orlando says. “How do you make an ice cream that you can actually put into a mold to make an ice cream bar or you could put in a freezer and it will not change consistency over a matter of months if it sits in there?”

So in addition to Jalm&B, they called in Hansens, a Copenhagen-based ice cream maker, to partner with on the project. Hansens greatly accelerated the process, finding the right combination of ingredients and technique to prohibit crystal formation and make the ice cream firm enough to put on a stick in a matter of months. That final ice cream bar form was a lesson for Orlando beyond just industrial-scale food production, but in mass marketing, too.

The Amass team originally thought of selling the ice cream in individual cups. But they learned the market for that was nonexistent. Instead of forcing the issue, they knew they had to meet the consumer where they were if they wanted them to try something as novel as bread ice cream. So they put it on a stick, added a caramel core and dipped it in chocolate.

It has been a hit. The three-pack of treats, where each bar uses what would have been a thick slice-worth of discarded bread, is in the freezer aisle at Irma, and the Danish pharmaceutical firm Novo Nordisk has started serving the bars at its employee cafeteria. And a few weeks in, Hansens has already contacted Amass to tell them they’re selling out and they’re ready to do another batch. Not only that, the bread ice cream may become a semi-permanent part of Hansens ice cream repertoire.

In the first run, Amass, Jalm&B and Hansens were able to turn nearly 700 lbs of food waste into 15,000 ice cream bars. Amass is hard at work to perform a similar alchemy with other byproducts, but Orlando assures me it will be much more appetizing than what you’d imagine spent coffee grounds or the leftover bran from milled grain would taste like.