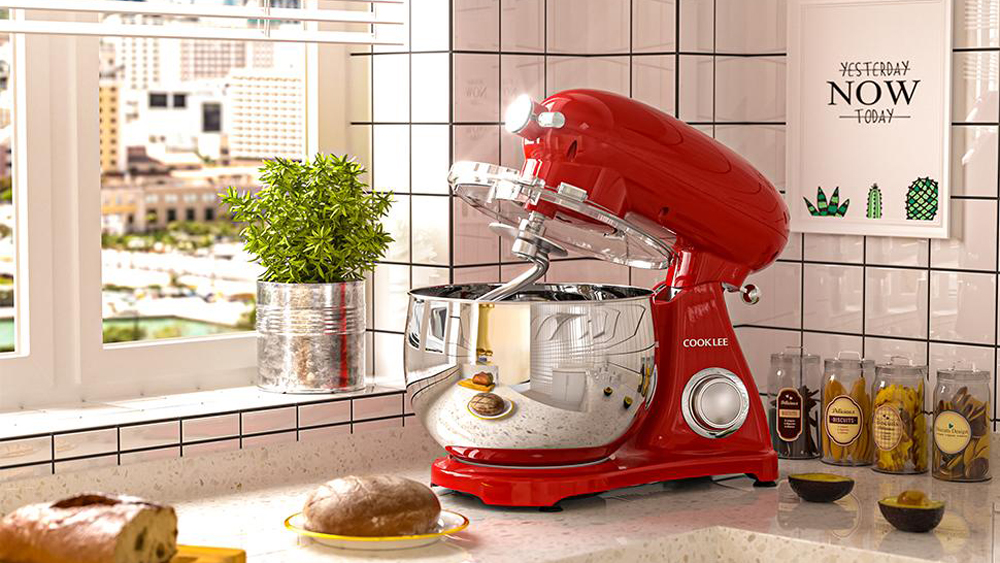 Amazon Prime Day is like Black Monday, except for the added benefit of there being no pretense that what you’re shopping for is a gift for someone else. All of your deal hunting can be focused squarely on yourself. And if you’re like us, after a year of working our kitchen out more than ever before, we’re ready for some new toys to play with.

This year the online retail behemoth is featuring discounts in excess of 50 percent on some of our favorite kitchen brands. We’ve combed all of Amazon’s Prime Day discounts on small appliances and kitchen gadgets to find the best deals on the best gear. Here are the seven you don’t want to miss.

Of course, you have to be an Amazon Prime member in order to take advantage of any of these deals. If you don’t have a membership yet, you can sign up for a free 30-day trial here.

From the company that helped usher in the electric pressure cooker craze comes a new little oven to take up some real estate on your countertop. It can air fry, toast, dehydrate and more. But what gets us excited are flashbacks to watching Ron Popeil on late-night informercials showing us we could make rotisserie chicken at home, which exactly what this oven does. I’m not sure Instant Pot is legally allowed to tell you to “set it and forget it,” like ol’ Ron used to proselytize in our youth, but that doesn’t mean you can’t mutter it to yourself as you ease your glorious bird into the oven.

This is not the Juicero, this actually makes juice from real vegetables instead of squeezing a packet for you. In the world of juicers, slow is actually good, as it keeps the appliance cool and quiet while you extract some nutrients for yourself. The Omega operates at 43 RPM as opposed to the 100 RPM of some other brands. This introduces less oxygen and also yields you more juice.

Yes, these countertop multi-cookers crow about their multitude of functions, and that’s left haters like David Chang decrying all of the hype around them. However, when you’re clear-eyed about what you really want from them, then they’re invaluable tools. And what you really want is a countertop pressure cooker—that’s an appliance worth having in your arsenal. Some of the best soups, stews, braises and more have been products of my pressure cooker the last few years. And a true hidden gem of the pressure cooker is weeknight risotto. The pressure cooker lets you make delicious risotto without having to stand over it stirring constantly. They’re practically worth it for that alone.

There are a lot of flashy new kitchen gadgets out there, but a Vitamix blender is time-tested and true—a workhorse every home cook needs. The powerful motor and jar design make smoothies, purees and emulsions a snap, and the Ascent series gives a sleek upgrade to the classic Vitamix with touch controls, a programmable timer and “Self-Detect Technology” which helps the blender sense which container is being used—from a full jar to an individual smoothie cup—and adjust the power output accordingly.

This is an appliance that’s sure to become a star in your kitchen arsenal. Zojirushi’s rice cookers are intuitive, easy to clean and extremely effective at what they do. The microcomputer and sensors inside the cooker can calibrate soak time and adjust the temperature as needed to ensure that the rice cooks evenly and stays warm without ever burning. It’s outstanding for white rice, but a revelation for brown rice as it’s able to cook perfect fluffy grains in a way that you wouldn’t get either on the stovetop or from a lesser cooker.

During the pandemic, there were numerous kitchen experiments happening, especially on the carbs and baking front. An indispensable ally in those projects was a great stand mixer. Even if you haven’t given yourself over to a stand mixer yet, do yourself a favor pick this one up. That’s because, as life gets back to normal, you’re going to have less time in the kitchen, but you should still, at the very least, keep trying to make pizza dough at home and a good mixer is a huge time-saver. In addition to a dough hook, the Cooklee also comes with a whisk, paddle, all-important splash guard and more.

You’ve probably known Calphalon primarily for its pans, but this handsome and handy toaster oven is worth some space in your kitchen, too. It can do everything from baking fresh bread, toast slices of said bread—and even provide a warm place to proof your bread dough. Its convection heating helps you cook faster and more evenly and the cool touch design means you won’t have a blazing hot cube of metal on your counter.