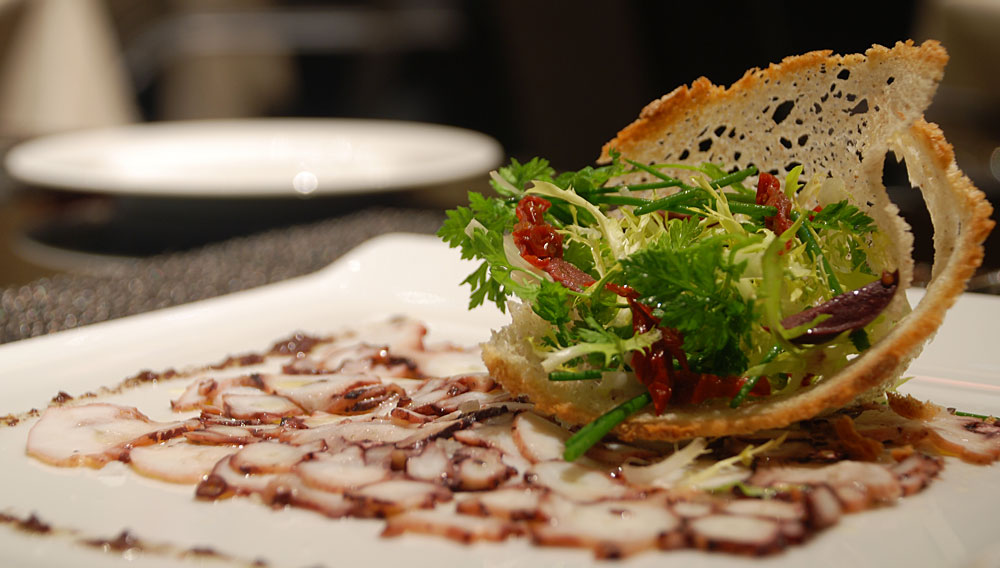 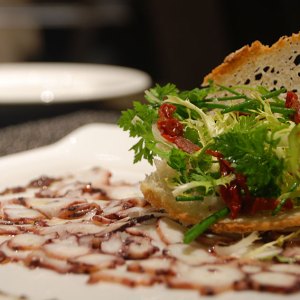 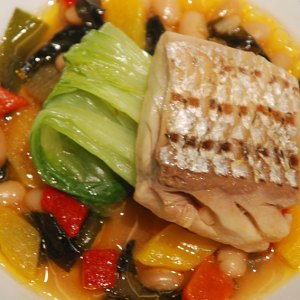 Former Central Park South resident San Domenico has reopened as SD26 on East 26th Street facing Madison Square Park, and the location reveals another dimension to the family-owned restaurant. Under the guidance of the father-daughter team of Tony and Marisa May, SD26 has a younger, hipper design. Acclaimed Italian architect and designer, Massimo Vignelli, a close friend of the Mays’, turned the raw, high-ceilinged, industrial space into a welcoming restaurant with fiery red walls and a gold-leaf ceiling with star-like twinkling lights. The organic wall sculptures by acclaimed fiber artist Sheila Hicks contribute to venue’s sophisticated lush minimalism. What haven’t changed are the family’s consistently good old-fashioned Italian dishes. As soon as you sit down, put in your order for the signature uovo raviolo–egg-yolk-filled ravioli sauced with truffled butter–because it goes quickly. In the pasta department, the spaghetti with baked tart cherry tomatoes, plump lobster, and salty pecorino or the classic pappardelle with wild-boar ragù are also outstanding. There’s a master of charcuterie and cheese on the premises, and your visit won’t be complete without at least one bite of the silky mortadella or the nuanced hard Piedmontese gorgonzola. Chef Odette Fada’s pan-seared venison is remarkably tender and, depending on the season, is sweetly enhanced by apples or blueberries. If you’re going veg, do not miss the agrodolce eggplant caponata. Almost any item can be ordered as a half portion, which allows you to taste your way through each section of the extensive menu. Save room for dessert–especially the bombolini oozing with molten chocolate-hazelnut goodness.  (212.265.5959, www.sd26ny.com)