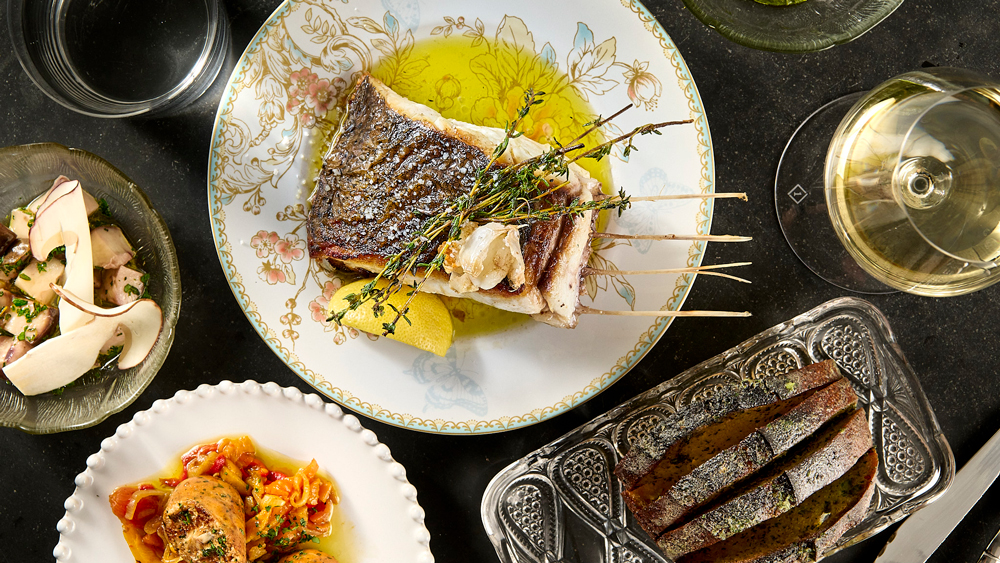 Just in time for peak summer, San Francisco is getting a new seafood restaurant in the Mission District. Nick Anichini, previously the chef de cuisine at the Michelin three-star Atelier Crenn, has partnered with the sustainable seafood company Water2Table to open Ancora, which opens this weekend.

Ancora, which means “anchor” in Italian, will focus on simple preparations of fish, with a Spanish influence underlying many of the dishes. “What it’s gonna boil down to is, I have access to such great products with Water2Table, or the bounty of the vegetables that grow in Northern California—so that’s really where it draws inspiration from, is treating the product right and making it as delicious as possible without giving it too much fluff and unnecessary garnish,” Anichini told Eater SF.

What that translates to on the menu is a lineup of seafood in all its forms. Starters include mojama, a marinated tuna with foie fat vinaigrette and sesame, as well as monkfish liver pate and, of course, oysters. After that, a few standouts are the halibut crudo, the squid stuffed with lobster and a pappardelle dish with abalone sugo, seafood sausage and swordfish rib. Dessert leans in a slightly lighter direction, with lemon sorbet being accompanied by a vermouth cream and a stuffed glazed doughnut featuring a couple seasonal fruits: strawberry and raspberry.

Anichini came up with the idea for Ancora while he was still working at Atelier Crenn, but it took some serendipity during the pandemic to turn his dream into a reality. During his five years at Dominique Crenn’s influential French restaurant, he struck up a connection with Water2Table, which supplied fish to Atelier Crenn. The co-owners of the seafood company had the idea to open a restaurant and they reached out to Anichini. The rest is now history.

Opening week at Ancora will feature a $125 prix fixe menu, but à la carte options will follow, Eater reported. “We want it to be something that is fun, approachable, and seafood-centric,” Anichini said. “But we want it to be something that people can enjoy themselves at, that’s celebratory. The pandemic threw us apart for awhile, obviously, and people were afraid to get together. I think that my goal for this is to do these big, shared, family-style concept that allow us to come back together after it all.”