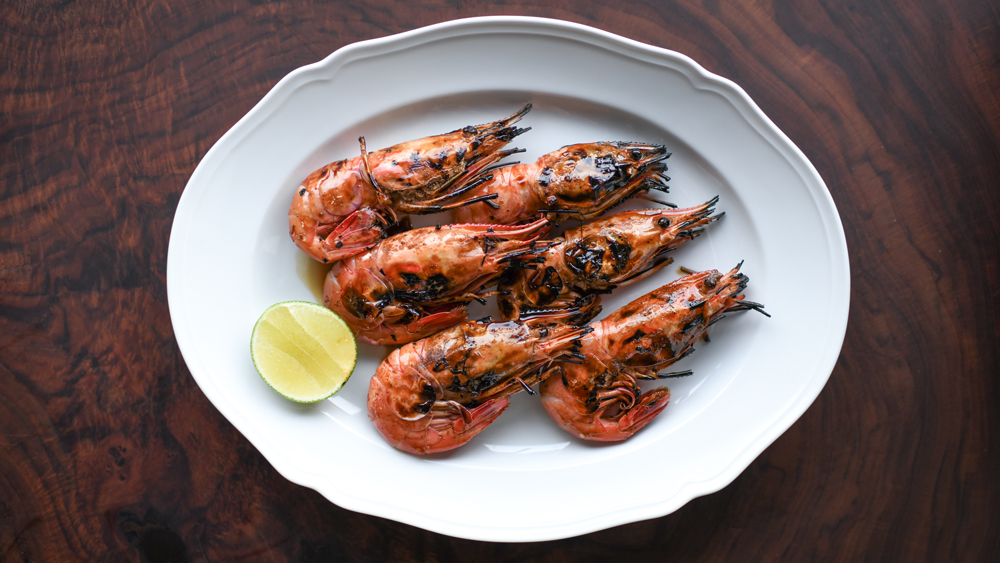 Less than a year after opening the first Angler in San Francisco, acclaimed chef Joshua Skenes has expanded his luxe celebration of seafood to Los Angeles. Yet he’s not creating a carbon copy of his first location. With Angler LA, Skenes wants to show he can build a luxury restaurant chain that’s not really a chain.

In truth, Skenes’ labyrinthine mind is not built for the cookie-cutter standardization of a stereotypical chain. He’s made his career in pursuit of ingredients he can present at the peak of their flavor. And nuanced changes to those ingredients can cause him to alter the way he’ll cook them entirely.

Skenes can be heard regularly talking about wanting to move away from it all and live on a ranch. His affinity for nature greatly influences the way he sees food and approaches his craft. “From the time that a product is harvested—whether it’s a leaf or an elk—there’s a moment in time when everything tastes its best,” he says. “It’s vibrant and it’s full of flavor, aroma, and fragrance.” He’s willing to scour the planet to find the perfect version of an ingredient, but he simultaneously knows that the further a product gets from its source, its flavor degrades. So with seafood at Angler, he wants to draw from the waters nearest to him, so each location will represent the region’s seafood in a way unique way.

But while the ingredients will change, his stripped-down, fire-focused ethos on cooking will remain the same. What will make Angler Angler is “really just the methodology: You’ve got good products, you’ve got fire and you’ve got hospitality. That’s really what it is,” Skenes says. So in LA that means pulling a fish from Southern Californian waters and figuring out the best way to present it. “One of my favorites down here is the Pacific sheepshead,” he says. “It’s great—it’s almost like a snapper in texture, but meatier. The skin is very gelatinous and we grill it whole over the fire.”

The design provides some continuity between restaurants as well. Cross the threshold of the LA location and there’s no mistaking you’re in Angler. There are elements in common with San Francisco like the hearth that spans one wall of the restaurant that’s separated from the dining room by a flower-covered kitchen island. There are tanks filled with live fish and crab meandering around. And you can’t help but notice the giant fish hanging above the bar in both locations.

But the vibe is different. The LA incarnation is a little darker and has a more loungey feel than the original outpost. The location may play a bit of a role in that. In San Francisco, the restaurant is right on the Embarcadero, with a waterfront view of the Bay Bridge outside the windows, whereas the LA version is nestled inside of the Beverly Center Mall across the street from an Old Navy. In San Francisco, the design connects you to the outside world, whereas in LA, it blocks it out.

The expansive hearth will be where cooks tame fire.  Photo: courtesy Bonjwing Lee

Around the LA dining room trolleys will trundle, filled with wild boar, fish butchered table side or caviar delivered inside a warm packaging of seaweed and grilled banana leaves. “There’s a moment in time where everything kind of looks and smells and tastes its best. So this whole tableside service thing is meant to basically get those products to the table and into your mouth when it tastes its best and also to share that part of the experience,” Skenes says. “You open up the banana leaf and that it smells fragrant, smells like grilled banana leaves. You smell the seaweed, you smell the caviar. It all adds to the taste experience in your mouth.”

As Skenes prepared for the launch of LA this week, the next Angler is already on his mind. His company has announced the third location will be part of a luxury development in Bellevue, Wash., a suburb of Seattle sandwiched between Lake Washington and the city of Redmond, where both Microsoft and Nintendo of America’s headquarters are located. From there, Angler could go international, if Skenes finds the right fit. “Tokyo is very interesting, as is China and Korea,” Skenes says. “There are a lot of places that already have built-in systems for live seafood—where the culture and wholesalers are built for quality that look great in live tanks. The greatest pleasure is having a variety of high-quality products, simply prepared.”