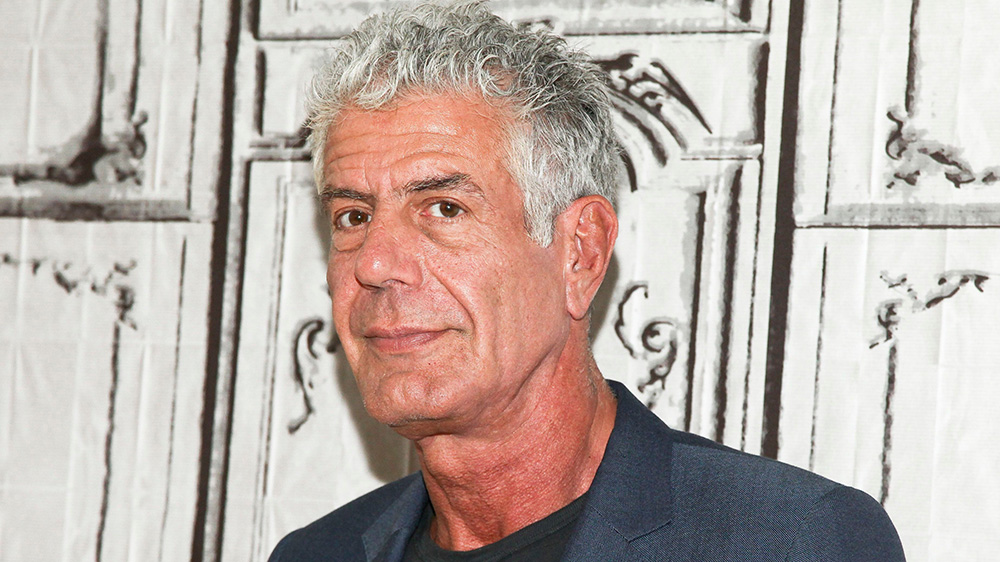 Some of Anthony Bourdain’s most cherished possessions are set to go up for auction online next month, with a portion of the proceeds going to benefit his alma mater the Culinary Institute of America.

Presented by Lark Mason Associates, fans of the late chef and Parts Unknown star will get to bid on some of his most valued belongings when the Property From the Collection of Anthony Bourdain sale goes live on October 9. The New Braunfels, Texas-based auction house will be selling 215 lots of items Bourdain acquired throughout his life, including artwork, books, furniture, watches and his chef’s knife.

Sixty percent of the proceeds from the auction will go to is Bourdain’s estranged wife, Ottavia Busia, and his daughter Ariane, according to the New York Times. (Bourdain and Busia were separated at the time of his death in June 2018). The rest will be donated to a new scholarship at the Culinary Institute of America created in the beloved chef’s name earlier this year. A joint effort between the school and Bourdain’s friends Eric Ripert and José Andrés, the scholarship is meant to help recipients pursue a semester abroad or take part in one of the school’s global cuisines and cultures programs.

“We are extremely delighted to join forces with the Bourdain family and The Culinary Institute of America to sponsor this auction of uniquely personal items from the Anthony Bourdain estate,” Lark Mason said in a statement. “He was a larger-than-life personality with so many interests other than food and this sale reflects his multidimensional persona. We have kept the estimates low so that everyone who loved Tony will have the opportunity to purchase something from this sale and know that part of the proceeds will be going to a good cause.”

Lark Mason expects the auction to bring in anywhere from $200,000 to $400,000. The available items combine to create a portrait of Bourdain as a person just as curious and interested in arts and culture as he was in food. Highlights include his mid-century Peter Lovig Nielsen desk, a drawing by frequent Hunter S. Thompson collaborator Ralph Steadman, a painting by John Lurie, a box of vinyl records and a steel and meteorite knife made specifically for Bourdain by Bob Kramer.

Items from “Property From the Collection of Anthony Bourdain” will be up for bid from October 9 to 30. Check out the desk and vinyl collection on offer below: