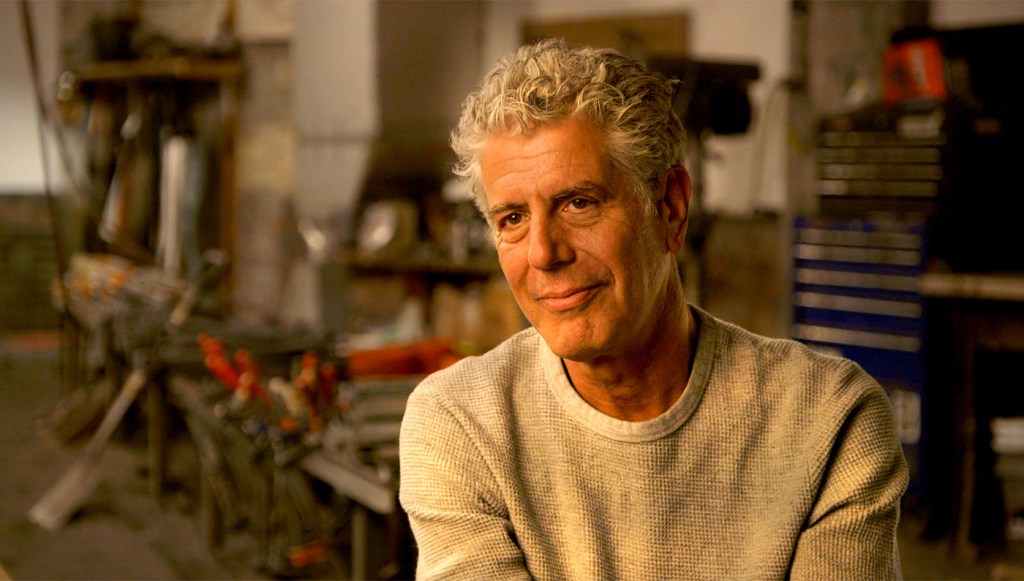 Anthony Bourdain spent the better part of the last two decades traversing the globe, camera crew in tow. What he brought back to his fans were stories of cultures, conflict, and people—and, of course, food. It was a winning formula. Countless copycats arrived in the wake of his success, aping his style, wanting to be the next Bourdain, so they too could eat their way around the world for a paycheck. But they never came close approaching what he did on No Reservations and Parts Unknown. Because for Bourdain it wasn’t about formula, and it certainly was about more than just food.

On Friday, while in France filming an episode of his CNN show Parts Unknown, his friend Eric Ripert found him unresponsive in his hotel room, dead of an apparent suicide at 61. The world of food, travel, television, and journalism has lost one of its great leaders. The loss is so deeply felt not because he showed us some great places to eat, but because he revealed so much more than that. He understood the power of words, story, and the moving image better than most, and how those elements could combine to create television that could simultaneously inform, entertain, and even move you.

Known as a celebrity chef, Bourdain would be the first to tell you he wasn’t much more than a cook. A Vassar dropout who went to culinary school, eventually got strung out on cocaine and heroin, and then spent eight years on methadone to kick the habit. He acknowledged the youthful delusions of being a great chef had long passed him by when he settled in to lead New York City’s Les Halles in the 1990s. He was in his 40s, plugging along, no path to celebrity chefdom in his sights.

He started cooking before celebrity chefs even really existed. Arriving in New York in the early ’80s, he was part of the punk rock generation and you could see that ethos animating his worldview long after he first started listening to his beloved Iggy Pop and New York Dolls. His initial fame came from an act of punk rock and it had nothing to do with cooking. It was his writing. In an article for the New Yorker, he stripped away the glossy exterior of the restaurant industry to show the kitchen where your food was actually made and some of the less than savory lot who made it.

The article paved the way for him to write his seminal memoir Kitchen Confidential, and eventually a Food Network travel program, then a Travel Channel show, and then CNN. We followed along on his adventures from West Virginia to Beirut, seeing the world through his eyes. Even as his fame grew, the punk ethos endured. He wanted to search for the authentic things in life, to shine a light on working class people, to cut through the B.S. and find the pleasure not just in Noma, but in the Waffle House, or a street vendor in Bangkok too.

This schtick could have gotten very old, very quick. In less capable hands, it certainly has. For a long time—and still even today—the way food is covered is that what’s on the plate is often the beginning and end of the story. Constrained to just this view of food, the culinary world can feel insular and unimportant—decadent and devoid of meaning. For Bourdain, the food was a starting point to the conversation: a vehicle to access deeper meaning in a culture and who we are as humans. “People reveal a lot about themselves in their food choices and the access they have, and the lack of access,” he told me when we spoke in late 2016. That curiosity kept his work vital.

“I used to have food in every scene, even if the scene wasn’t necessarily about the food,” he said. “We feel no such responsibility at CNN. If there’s something cool I want to go look at and there’s no food, then well, let’s go do that. We learned on No Reservations if I’m eating near the Plain of Jars in Laos and there’s millions of tons of unexploded bombs still in the ground, and if the guy I’m eating with is missing an arm and a leg, I feel free to ask the obvious question: What happened? That opens a line of thought.”

Like any great storyteller, he thought tirelessly about how to present his stories. His and his team’s love of cinema drove them to craft episodes in more creative ways in order to make them more affecting. For instance, in their Noma episode they sought inspiration from director Terrence Malick and cinematographer Emmanuel Lubezki’s Tree of Life, with the camera moving and swooping, evoking at times a dreamlike state.

They actively worked to subvert the form they’d pioneered to avoid clichés. “You notice on our shows, you never ever hear me say, ‘I enjoy the slightly minerally quality of this mouthful with its hints of jasmine and saffron,'” he said. “I don’t do that anymore. I say “Oh, that’s really good.” You’ve seen what goes into it. What’s much more interesting is who’s doing it and why and where you are and understanding the society around it. I don’t really have to tell you that it’s super-meaty or quasi-meaty, or if it’s salty or peppery. I don’t want to do it, therefore why would you want to hear it?”

Though he loved words, that was an acknowledgement of their limit. Sometimes they can’t do justice to a moment. Like right now, trying to put into words what Anthony Bourdain meant in life, and trying to describe the void left behind by his death. He would embrace those moments where words failed, and have the confidence to not overintellectualize every aspect of life—especially food.

“I don’t want to analyze food. I want to experience it in a completely emotional way,” he said. “I want it to remind me of a happy moment or just be there and be happy with a good bowl of pasta and a hunk of bread.”