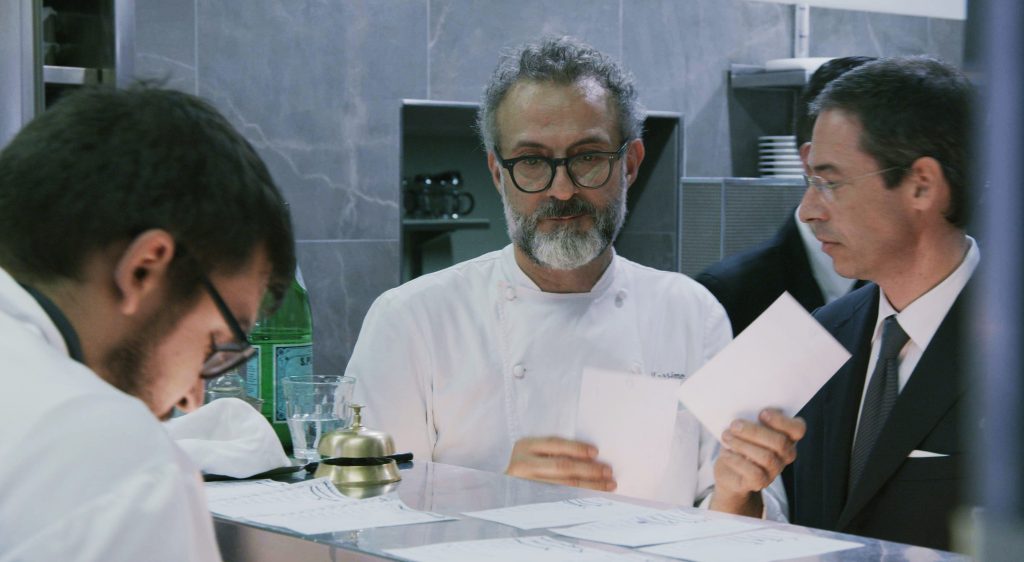 Food waste is not the sexiest topic, and Anthony Bourdain will be the first to tell you that. In an era of decadent and amazing food documentaries, from Chef’s Table to Bourdain’s Parts Unknown, the camera is usually pointed at what’s on the plate, as opposed to what ends up out back in the dumpster.

But in a new film executive produced and starring Bourdain called Wasted!, the documentary makes a convincing case that addressing the problem of food waste will not only help the planet, but keep us eating delicious food for many more years to come.

Every year one-third of the food produced in the world—around $218 billion worth—is thrown out. That much waste is harmful on the front end, because overproduction contributes to deforestation and loss of biodiversity. On the back end, those landfills of food produce greenhouse gases that contribute to global warming.

So in this film, chef superstars like Dan Barber of Blue Hill, Massimo Bottura of Osteria Francescana, Mario Batali, and Danny Bowien of Mission Chinese show how there are smarter ways to deal with this problem of food waste by changing the way people buy, cook, recycle and eat food.

“Chefs have been at the cutting edge of efforts to contend responsibly with the problem of food waste,” Bourdain says. “Perhaps because they, more than others, are painfully aware of the egregious volume of perfectly usable, nutritious food that could otherwise feed people in need, being thrown out in our restaurants.”

Bourdain executive produced the film with his frequent partner Zero Point Zero, which is also behind his CNN show Parts Unknown, the TV show Mind of a Chef, and the recent feature documentary about an influential and enigmatic chef, Jeremiah Tower: The Last Magnificent.

The movie is co-directed by Anna Chai and Nari Kye, both of whom have previously worked on Mind of a Chef and Bourdain’s old Travel Channel show The Layover. You can currently see it in select theaters, or watch it at home through the streaming service of your choice. Check out the trailer here: