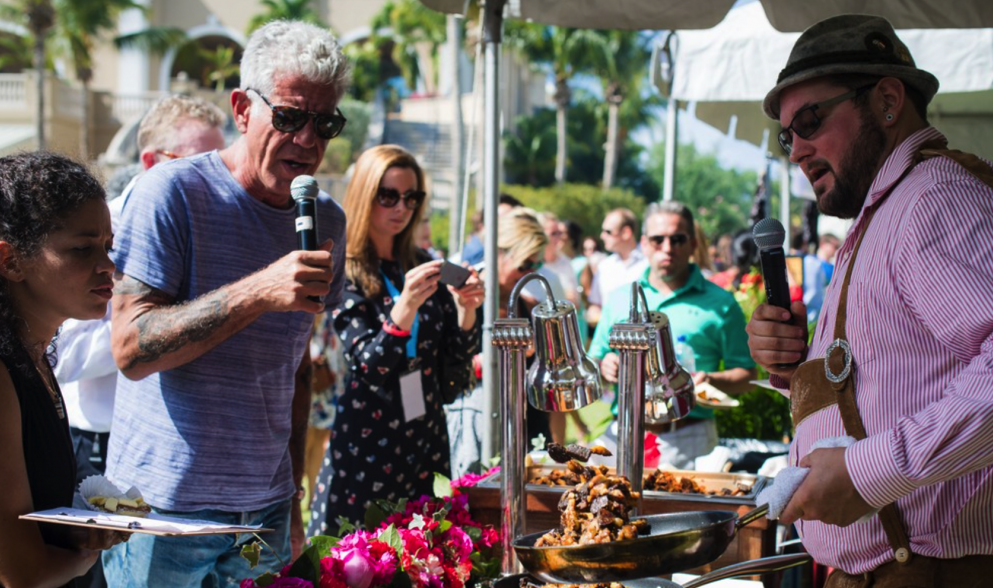 For years, bad boy chef-turned-peripatetic-TV-personality Anthony Bourdain has teased a New York City with his take on the food hall. Since it was announced in in 2015, he’s crowed loudly about how his Singapore street food-inspired market on Pier 57 would invite hawkers from around Asia to open outposts with him to ensure authentic cuisine for diners.

“This is not going to be some Disneyland version of McHawker or HawkerWorld. We’re talking about the widest selection of the real deal,” he said. “We’ll introduce New Yorkers to the ways things have been enjoyed in their [the hawkers’] home countries for years. We will need open flame. We need the smells. We’re looking for a sense of controlled chaos. We’re creating a living, breathing, stinking market.”

That stink currently emanating from the market isn’t from something that’s living. Bourdain Market is likely dead.

“Launching what is admittedly a very ambitious venture has proven to be challenging at every turn,” he told Eater New York. “It seems increasingly clear that in spite of my best efforts, the stars may not align at Pier 57 which is an especially complicated site for which we still do not have a lease.”

The project has been beset by delays since it started. The Market’s CEO stepped down in early 2017; construction was delayed by a crane; obtaining visas for food vendors was difficult; and despite all the chatter, a lease was never actually signed to take over the 155,000-foot space.

For those feeling deprived of food markets, there are certainly still more to come. Jose Andres is teaming up with brothers Ferran and Albert Adria for a Spanish-inspired market in New York’s Hudson Yards Development; Tartine Manufactury is opening one inside SFO; Miami’s first food hall will arrive soon with Italian-focused La Centrale; and there will be a Latin American-influenced market from Jose Garces in Philadelphia.

The developer of Pier 57 will pursue other dining options for the space that sat fallow after being a longtime parking lot for city buses. The restaurants that do decide to take up space inside the pier in Chelsea will have a built-in customer base on day 1, as the development will also become Google’s New York offices, and the top of the building will have a park and amphitheater that will host Tribeca Film Festival screenings.

Though the door for Pier 57 has closed for the TV star, Bourdain still holds out some hope of bringing hawkers to his hometown.

“I promised a certain kind of market to New Yorkers and to potential vendors, and if that vision becomes clouded, diluted or compromised, it is no longer something that our city needs,” he said. “I remain hopeful that New York will someday have such a market—I still passionately wish to create this resource that New Yorkers deserve.”