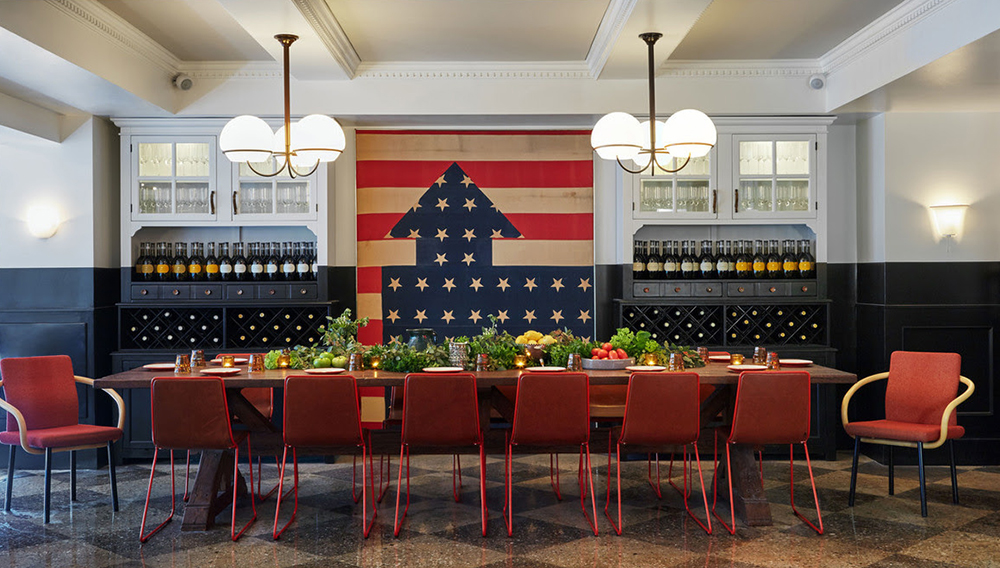 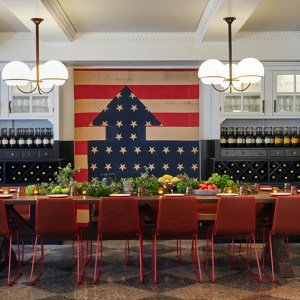 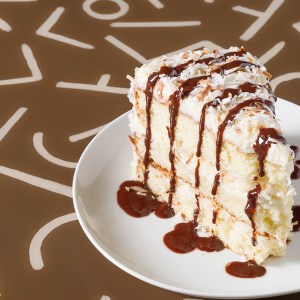 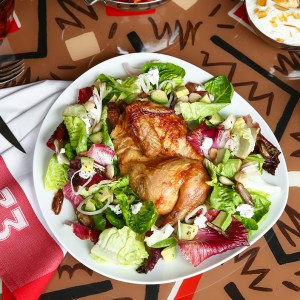 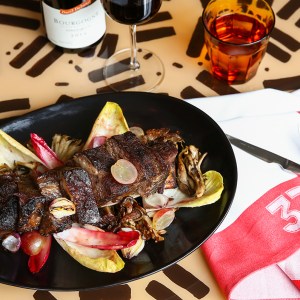 New York City dwellers with a craving for Southern comfort need not look further than the new 33 Greenwich restaurant, the latest venture of young restaurateur Danny Volk (of the Upsider gastropub). The gourmet-casual eatery debuted earlier this month in the West Village with a menu inspired by the hearty, soulful dishes of New Orleans and the coastal South. Executive chef Anne Thornton, formerly of Waverly Inn, takes much-loved classics and reinterprets them with a flair and focus on fresh produce, offering such favorites as fried green tomatoes ($14) prepared with herbed buttermilk, green beans, and radishes, and rotisserie short ribs with pearl onions and roasted maitake mushrooms ($69, serves two). The robust menu—a departure for the chef, who also used to helm the kitchen of musician Moby’s Little Pine vegan restaurant in Los Angeles—includes fried chicken, of course, which Thornton prepares by first brining the poultry in Lipton tea, then dipping in barbeque-spiced buttermilk and frying to a mouthwatering crisp before serving with pickled watermelon rind ($55, serves two). Pair your meal of guilty pleasures with a signature libation from the bar, where director Darren Lampione, too, puts a twist on some beloved classics, preparing sweet vermouth, for instance, by smoking it over chicken skins and applewood chips before mixing it with rye whiskey, Dolin Blanc, bitters, and brown sugar for his take on a Manhattan.