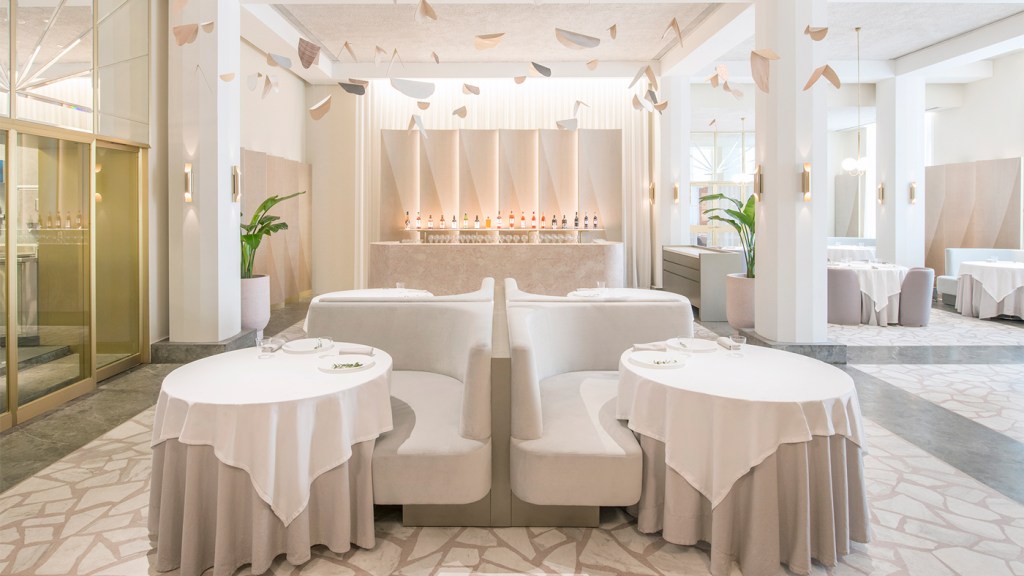 What should have been a crowning achievement for restaurants across Asia was more like one of those Zoom conference calls everyone has been forced to join for work the past two weeks. Ok, the production values were much higher than that for the Asia’s 50 Best ceremony, but today’s proceedings were still in stark contrast to past announcements. Back in February, the World’s 50 Best organization, which runs the event, canceled the annual gala that reveals the restaurant rankings in Asia. To prevent the spread of Covid-19, the honors were handed by two people in front of a green screen broadcasted via a livestream.

For the second year running, the Asian-inspired French restaurant Odette in Singapore took the No. 1 spot for the continent. Tucked inside the country’s National Gallery, Julien Royer’s restaurant is one of the few on the list that are actually open right now, with temperature screenings required before dining.

In the remainder of the top five, the closure of longtime No. 1—and last year’s No. 2—Gaggan left an opening for others to climb in the rankings. Hong Kong’s The Chairman leaps to No. 2, followed by Den in Tokyo, Belon in Hong Kong and the live-fire restaurant Burnt Ends in Singapore.

Before the start of the live stream, the director of content for World’s 50 Best William Drew discussed why they felt it was important for Asia’s 50 Best to go on this year.

“We obviously discussed whether we should go ahead with announcing this list and awards. The decision to proceed was made after consulting with chefs, restaurateurs and other leading figures in gastronomy across Asia,” Drew said. “Today’s announcement is not a celebration, the objective is one of recognition. This time, more than ever, the restaurant sector needs support. Recognizing the hard work of teams and individuals remains valid.”

To create the list, it’s voted on by a panel curated by World’s 50 Best. Back in 2018, World’s 50 Best announced it would have gender parity in its voting body, and year’s Asia’s 50 Best achieved it. The 300 experts across Asia who voted on the awards was split evenly between men and women.

As for the parent organization, The World’s 50 Best’s global gala is to be held June 2 in Belgium, has yet to be canceled, but if the recent postponement of other global events this summer like the Olympics and the European Soccer Championships are any indication, it’s hard to believe the gala will go on as scheduled.