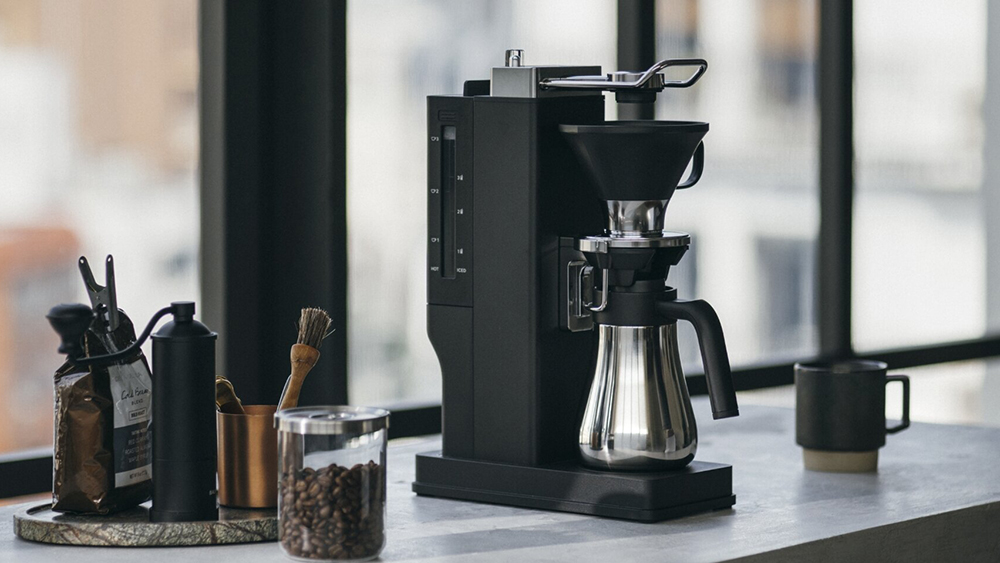 Sometimes, powerful things come in small packages. And that’s no less true for a good cup of Joe.

Unlike standard makers, the sleek machine dispenses individual cups of drip-brew coffee in regular, strong and iced-brew modes in up to three cup sizes. At just over five inches wide, it has footprint not much bigger than a coffee cup saucer, making it ideal for compact spaces. It’s also easy on the eyes, with a matte black exterior that contrasts nicely with the elegant stainless steel carafe.

A view of the open drip extraction.  Balmuda

Perhaps best of all, The Brew has been designed for ease of use. Simply set the filter and grounds in the dripper and fill the tank with water. (It can hold about 16 ounces.) A faint light will illuminate along with a startup tone, during which time you can select any of the three extraction modes from regular to strong and iced—followed by a press of the start button. From there, steam from the drip will begin to form and aromas of your favorite coffee will fill the air. A final tone will indicate that the extraction is complete. Depending on the mode and temperature, the whole process can take as little as four minutes to complete. Even better, once done, it’s a breeze to clean: The tank, carafe and dripper can all be washed with water, and there’s a cleaning mode that will descale the maker’s interior using citric acid water.

One caveat to all this simplicity: Not every kind of coffee is welcome—The Brew is made for medium-roast grounds only, according the brand. Deviate at your own peril.

Balmuda says that creating a coffee maker has been “on the roadmap” for quite some time. Indeed, the company has taken a piecemeal approach to bringing its high-end kitchen series to market. It first released an electric kettle, which was followed by rice cooker and finally its steam toaster oven, which earned the endorsement of Robb Report‘s own culinary editor. (If The Brew is anything like the toaster, java lovers are in for something special.)

The good news is The Brew is stocked on Balmuda’s website for $540 right now. The bad news? It’s only available in Japan for now. Here’s hoping it follows in its siblings’ footsteps and arrives stateside soon.