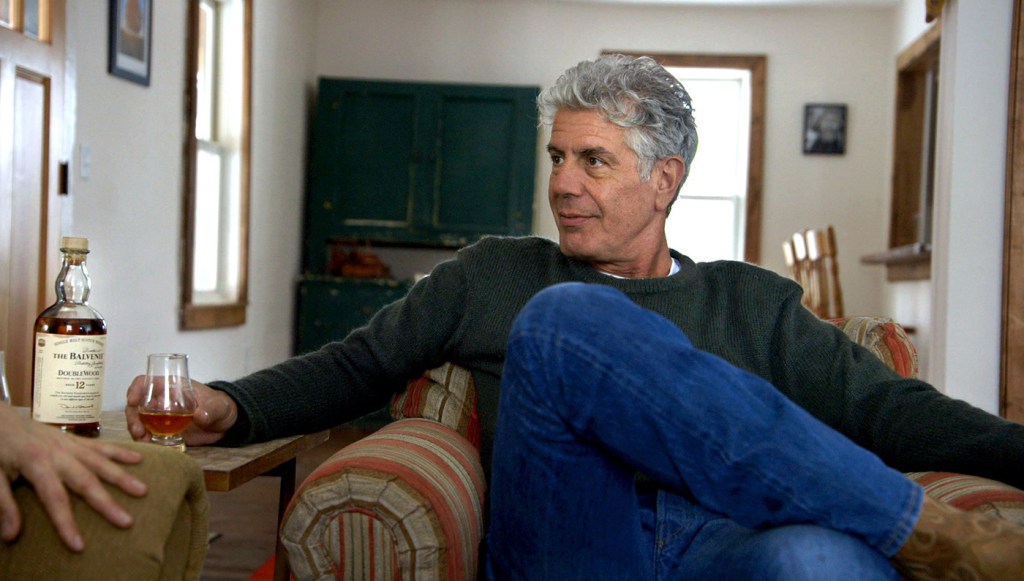 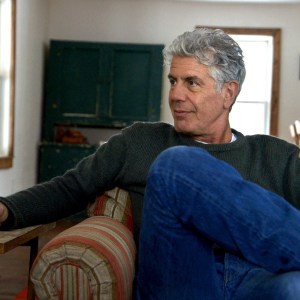 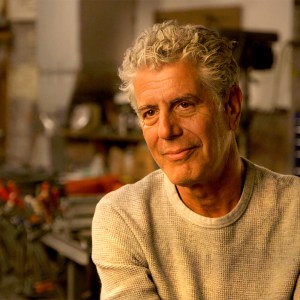 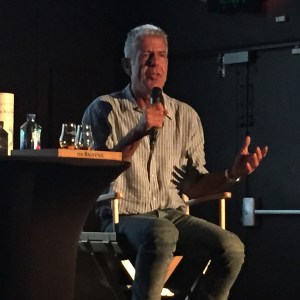 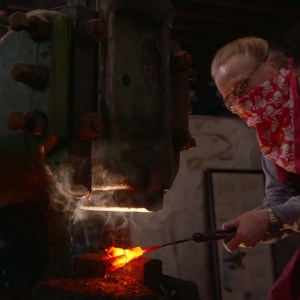 Renowned for its strictly conventional and uncompromising approach to Scotch whisky making, the Balvenie distillery now raises a glass to artisans in the United States that demonstrate the same dedication to their mediums through its show Raw Craft hosted by Anthony Bourdain. To commemorate the launch of the online presentation’s second season, the brand held a small tasting event paired with insightful banter from Bourdain himself at the Cinefamily theater in West Hollywood, Calif., on September 20.

Raw Craft takes viewers into the studios and workshops of artists who eschew the easy way and choose truly hands-on methods for creating their unique expressions—whether it is printing and bookbinding, furniture making, or even saxophone restoration. For example, guests at the Balvenie’s special evening were treated to a new episode that featured Bourdain’s visit to blacksmith Elizabeth Brim, known for forging femininity into her metallic masterpieces.

“There is almost a subversive element to Elizabeth’s work,” says Bourdain. “She deliberately makes very delicate looking things from iron through a seemingly brutal process.”

The concepts of patience and the painstaking pursuit of excellence also seem distilled into the Balvenie DNA. Abiding by the five pillars of classic scotch production, the team grows their own barley, practices floor malting, relies on dedicated coopers for the casks, keeps a coppersmith on staff for the stills, and is captained by a malt master.

The proof that those principles pay off was on hand at the sampling, where each attendee was poured a dram of the DoubleWood 12 Year Old (redolent with sherry and vanilla); the Caribbean Cask 14 Year Old (finished in Caribbean rum casks that impart sweet oak and fruit on the palette); and the DoubleWood 17 Year Old (with nuances of toffee, toasted almonds, and sherbet spice). Capping off the night was a measure of malt master David Stewart’s Tun 1509 Batch 2—a synthesis of 32 casks of varying ages that unite with notes of honey, orange peel, and ginger followed by flavors of citrus, cinnamon, and nutmeg.

“The Balvenie has an adherence to tradition and belief in the potential metaphysical aspects of sticking to that tradition that I really respect,” says Bourdain.

And it is a fervor he is familiar with, especially when it comes to Raw Cut. “We spend a lot of unnecessary time trying to make beautiful shots and thinking about composition, camera movement, editing style, and music for each episode,” he explains. “I like to think of it as a handcrafted show.” (thebalvenie.com)