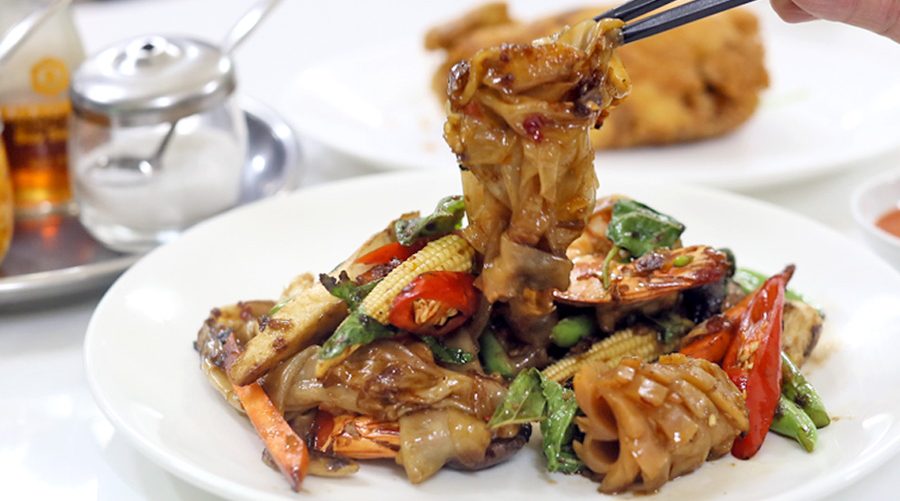 As the little red food guide published by a tire company continues its march to blanket the world with star assessments, Michelin has released its first-ever guide for Bangkok. Like Washington D.C., no restaurants earned three stars, but there were some great spots that got the nod at the two-star level. That includes Gaggan Anand, which Chef’s Table fans may remember from season two, where the documentary series explored how the Indian chef went to Bangkok to become a pioneer in cooking progressive Indian fare and elevating the cuisine to a level among the world’s best fine dining.

While the guide had its share of contemporary cuisine, and certainly its fill of French restaurants, Michelin’s first Bangkok edition did include seven restaurants where Thai chefs are making Thai food. Most notably is the star the organization handed out to one of the country’s great street food vendors Jay Fai and her eponymous shophouse that’s famous for her drunken noodles.

The 70-year-old Fai has been cooking at her restaurant for nearly 40 years, since before there was much fine dining to speak of in Thailand’s capital. If you head there, you’re likely to see Fai standing over massive woks engulfed in flmes, while she adorns giant black ski goggles to protect her eyes from splattering oil.

But just because it’s considered street food, doesn’t mean you’ll pay $1.50 like at the first ever street vendor that won a Michelin star, Liao Fan Hong Kong Soya Sauce Chicken and Rice in Singapore. For her signature khai jeaw poo (crab omelet), she charges THB 1,000, which is roughly $30. And she makes absolutely no apologies for it.

“Of course, many people told me that I was crazy, because they said it was too expensive,” Fai told Munchies. “But I think we should value our own seafood and cuisine the way the Japanese and other cultures do. I pay my staff well and I use the best ingredients. If people don’t like the prices, they can go elsewhere.”

The full list of Michelin star recipients in Bangkok’s 2018 guide is listed below.