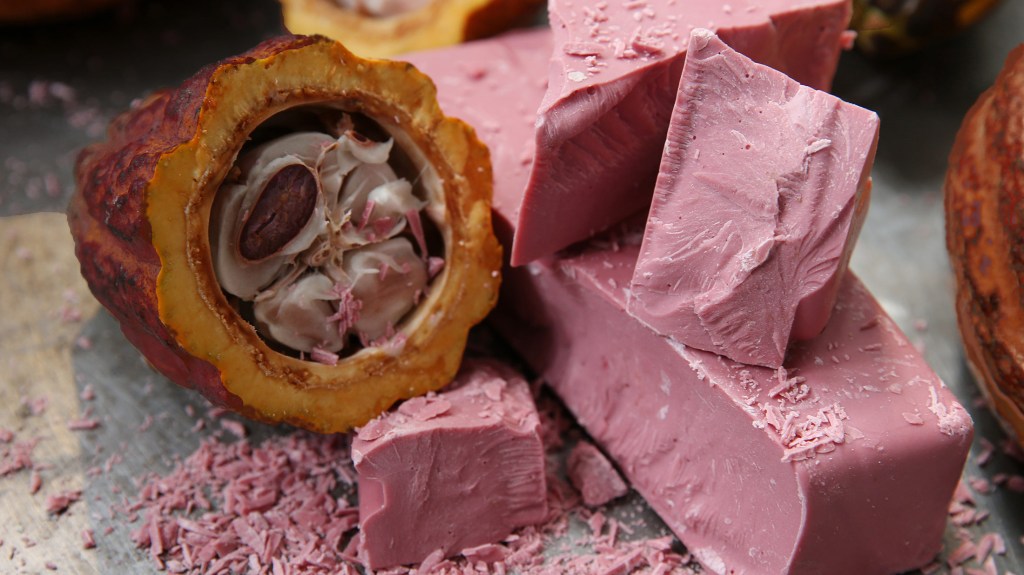 While there are myriad chocolatiers and confections, for the last 80 years it has been agreed upon that there are three classes of chocolate: dark, milk, and white. The world’s largest chocolate producer, the Swiss company Barry Callebaut, has announced that its team of crack scientists has created a whole new category entirely: ruby.

This new classification of chocolate—the only new one since Nestle created white in 1936—relies less on the percentage of its constituent parts (i.e. how much dairy versus how much cocoa is present) and more on how the beans are processed.

Barry Callebaut is sourcing specific beans from the Ivory Coast, Ecuador, and Brazil; during processing, it extracts a powder that’s used to color the end product. The result is a fruitier kind of chocolate with a pink hue that Millennials can’t seem to get enough of.

And that’s really the point of this whole exercise (and the decade Barry Callebaut put into developing this new chocolate): appealing to young customers. Recently, demand for chocolate has decreased, and that’s left companies searching for a way to boost their bottom lines. Barry Callebaut thinks that pink chocolate will do the trick.

“It’s natural, it’s colorful, it’s hedonistic, there’s an indulgence aspect to it, but it keeps the authenticity of chocolate,” Barry Callebaut’s CEO Antoine de Saint-Affrique told Bloomberg. “It has a nice balance that speaks a lot to millennials.”

The young hedonists Saint-Affrique is appealing to won’t be able to get their hands on this chocolate for a while, as Barry Callebaut will now have to go through the U.S. Food and Drug Administration to get approval on the use of the name “ruby chocolate”; the company will also need production partners in the U.S. to get the product on shelves. When they do, our large sons will finally have the chocolate they deserve.