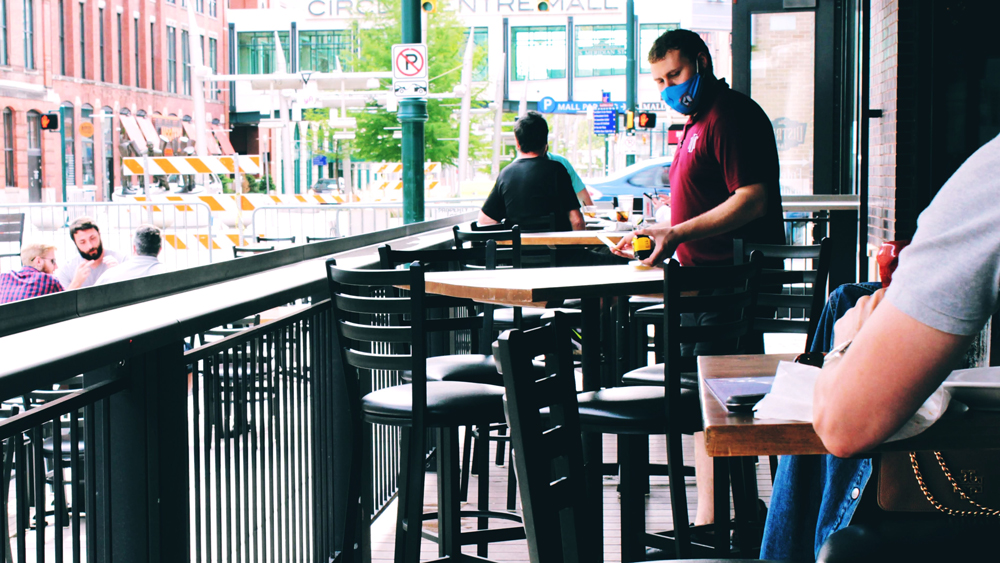 As restaurants continue to struggle with limited capacity dining rooms or takeout-only edicts from local governments around America, bars are finding themselves even harder hit by Covid-19 restrictions. In many cities they’ve taken longer to reopen and when Covid-19 cases have surged, they’ve been the first to face scrutiny and be closed again.

Governor Greg Abbott closed bars across Texas in June, after being one of the first states to restart its economy in the wake of Covid-19 and it left a lot of businesses in the lurch.

“I wasn’t surprised by the order to close because of the amount of surging Covid-19 cases in the city and state,” Alba Huerta, owner of acclaimed bar Julep in Houston, previously told Robb Report when Texas decided to close bars again. “I was surprised that bars took a huge blame when there were many other factors that were mishandled with the early reopening of the economy, the lack of support structure for the service industry.”

Now, bars in the Lone Star State are getting some cooperation from the Texas Alcohol and Beverage Commission. The agency is allowing bars to reclassify as restaurants if they can show that after April they were deriving less than 51 percent of their on-premise sales from alcohol. With this compromise, breweries in the state have already been able to reopen their taprooms and increase their total revenue.

In Chicago, restaurants are allowed limited indoor dining as well as patio service. Bars have not been so lucky. After the city allowed bars to reopen on June 17, Mayor Lori Lightfoot closed them again on July 24. Lightfoot had warned bar owners and patrons the previous week that if cases surged and social distancing protocols were not observed in those venues, she would be forced to act. Restaurants got to continue serving alcohol in their establishments after Lightfoot’s decree and bars have been looking for a way to keep their doors open. The city and the businesses may have found a compromise.

Until now, bars that don’t serve food are not allowed to have sidewalk patios in Chicago, but the city will ease those restrictions. Bars may apply for licenses to take up sidewalk space and start serving again, even if they’re not offering food. This move follows Chicago easing its stance on to-go cocktails well after other cities had already made the practice legal.

New York has allowed for bars to sell to-go cocktails and serve drinks outside if they’re also serving food. But businesses have been in a push-pull relationship with Governor Andrew Cuomo and the State Liquor Authority. When the rule that bars had to serve food first came down, some sold just bags of chips to comply. Cuomo and the SLA came back to say that wasn’t enough, while also decreeing that bars had to offer a “sit-down experience” outside. The state has also been cracking down on bars violating the rules, with 40 of them now having their liquor licenses suspended. Cuomo has warned that he may go even further, instituting a “three strike policy” where he’ll shut bars down outright for repeated violations.