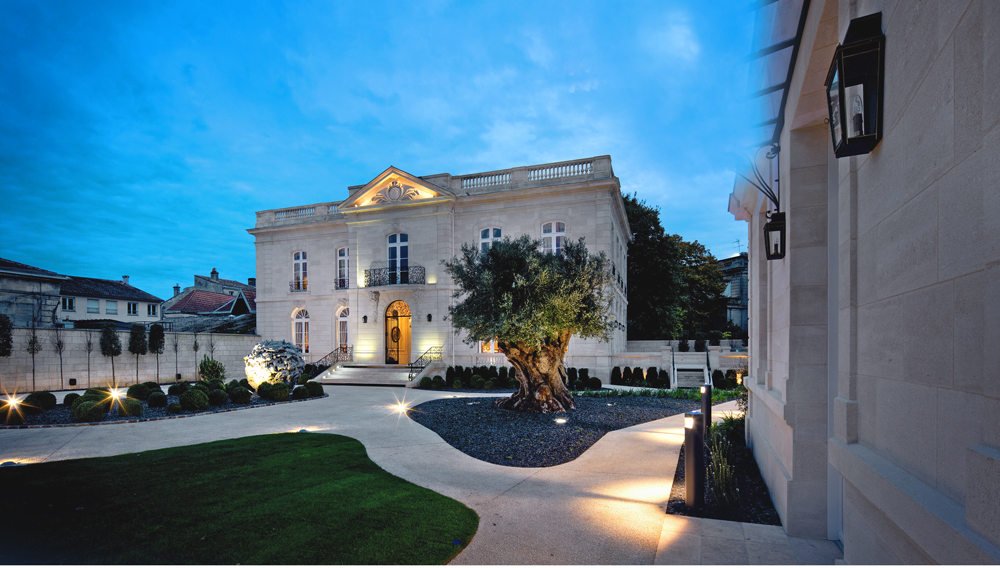 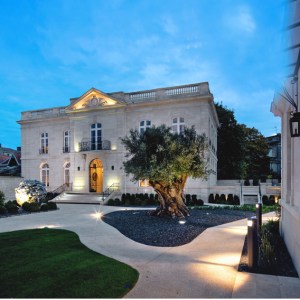 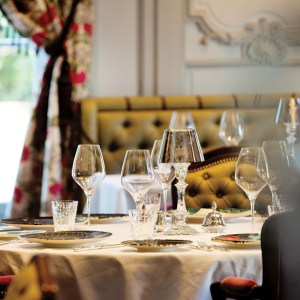 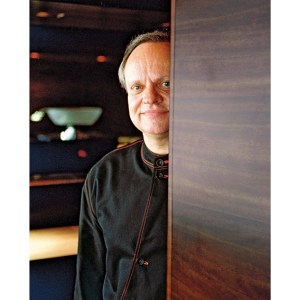 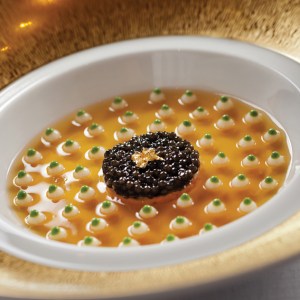 At La Grande Maison, Joël Robuchon’s menus are as opulent as the region’s greatest wines.

There are few places in the world as closely associated with wine as Bordeaux. The picturesque city in southwestern France is synonymous the world over with rich, earthy reds and vibrant whites. This year, however, the talk of the town is not the latest vintage but La Grande Maison, the restaurant and boutique hotel that vintner Bernard Magrez and the Michelin-starred French chef Joël Robuchon installed in a handsome 18th-century white-stone manor.

﻿Since its opening last December, the restaurant’s two Napoleon III–style dining rooms have been booked solid. The demand for tables originates partly with the wine trade, whose luminaries have adopted the new eatery as their preferred gathering place; however, a renewed emphasis on great food among the  “I wanted to create a restaurant with a great harmony between what you eat and what you drink,” says Magrez, the owner of four Grands Crus Classés châteaux in the region and dozens of other estates in France and around the world. “Bordeaux was not only ready for a great new restaurant, it needed one. The city has evolved so much over the last 15 years—it’s younger and more worldly than it was before.”

Robuchon also anticipated the moment. “I knew there would be a clientele for a serious gastronomic restaurant in Bordeaux,” says Robuchon, who holds 28 Michelin stars. “And speaking as a chef, it’s a gastronomically discerning city with remarkable produce—some of the world’s best lamb comes from Pauillac; the seafood is superb; there are wild mushrooms in season. The local larder is spectacular and very inspiring.”

These raw materials Robuchon entrusted to his longtime sous chef, Tomonori Danzaki, a native of Japan, who heads up the kitchen at La Grande Maison. His contemporary cooking contrasts dramatically with the dining rooms’ velvet banquettes and Baccarat chandeliers. The kitchen’s modern and meticulous approach is evident in such presentations as a medallion of caviar-garnished crabmeat served on a mirror of crab aspic topped with tiny tufts of cauliflower cream decorated with dark-green dots of herbal jus.

Indeed, Danzaki’s technically precise cooking elevates even the most familiar French classics, including Rob=uchon’s famous version of tournedos Rossini—a delectable composition of filet mignon topped with warm foie gras. At La Grande Maison, the maître d’hôtel displays on a bed of salt what appears to be a glossy, chocolate-colored lozenge resting on a large crouton. Only when he removes the morsel to a cutting board and carves it tableside does one realize that the steak and the foie gras, both perfectly cooked, have been fused together, their textures enhancing the luxurious flavors of the port sauce and truffle shavings.

To accompany these delicacies, diners may select a bottle of wine from one of the best lists in France, which contains 259 Grands Crus Classés de Bordeaux (including prized bottles from Magrez’s crown jewel, Château Pape Clément in Pessac), as well as vintages from California, Chile, Morocco, and even Japan.

Although patrons may order à la carte, the tasting menus offer the surest means of exploring the depth and breadth of the cuisine. Each begins with a selection of three small portions of some of Robuchon’s greatest recipes—perhaps cabbage-wrapped langoustine ravioli, truffle spaghetti, and deep-fried frog’s legs with new garlic puree. Fish and meat courses follow, as do a cheese selection and a suite of desserts, the best of which is the spectacular caramel soufflé.

Still, the sweetest finale to an evening of epicurean indulgence is retiring to one of La Grande Maison’s six splendidly appointed guest rooms.  Bordelaises at large has also contributed significantly to the establishment’s success. Although the city has always boasted excellent restaurants, what diners drank there often mattered more than what they ate. Now the tables have turned.