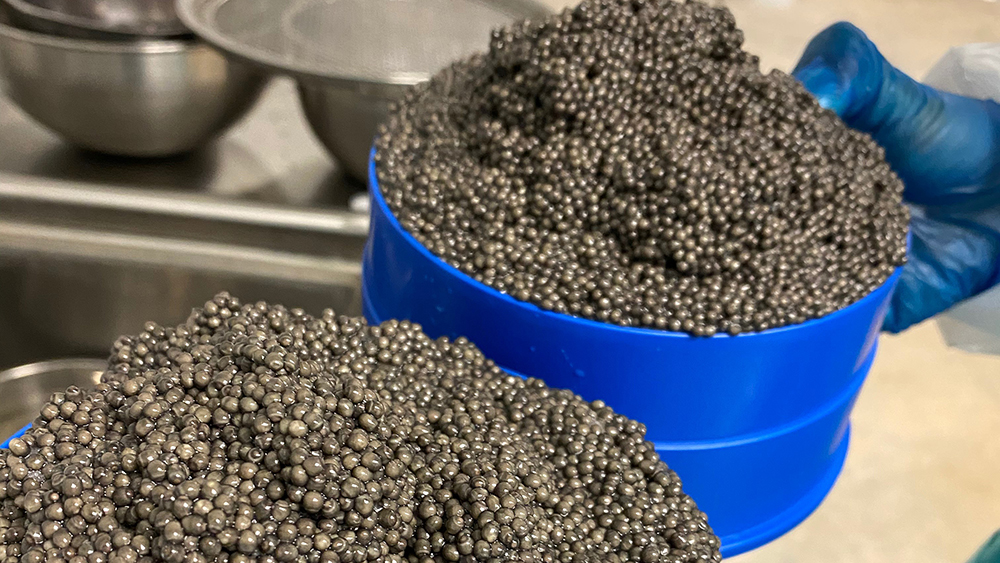 Looks like America’s seafood prayers have finally been answered. The ultra-rare beluga caviar is once again available for purchase in America, starting at a cool $420 for a half oz.

Until now, the coveted fish roe has been sourced from beluga sturgeon in the Caspian Sea, and before 2005, the U.S. imported 80 percent of the world’s supply. Perhaps we were eating too much. When the Soviet Union collapsed, so did the U.S.S.R.’s tight regulation of beluga caviar, leading to overfishing and a black market trade. Eventually, the species became so endangered that the U.S. banned import of the delicacy. But before the prohibition went into effect Mark Zaslavsky, founder and owner of Marky’s Caviar, brought some beluga sturgeon from the Caspian Sea to the States to sustainably reproduce. Now, the delicious black pearls are finally ready for the market.

Of course, it was no easy feat. The beluga sturgeon, which is the largest freshwater fish in the world, takes anywhere from 10 to 15 years to produce eggs and requires a very specific environment to thrive. For the past 17 years, Zaslavsky has been tending to the high-maintenance fish at his Sturgeon Aquafarm in Bascom, FL, and, thankfully, it has paid off. Not only has he produced some homegrown beluga caviar, but he’s also using his stock to help the dwindling species. So far, the farm has donated more than 160,000 fertilized eggs to sturgeon repopulation efforts.

“We are thrilled to finally introduce beluga caviar to the US market exclusively, and to our loyal customers that have followed along this journey with us for over 17 years,” Zaslavsky said in a press release. “We’ve continued to deliver high-quality delicacies for over 30 years and we look forward to offering unique beluga caviar products to consumers while contributing to repopulating the endangered species worldwide.”

Farmed caviar has improved exponentially over recent years and roe is now being sourced from all corners of the globe, from Madagascar to China. Though, at present, Sturgeon Aquafarms is the country’s first and only beluga caviar farm. The caviar will be sold exclusively online and at Marky’s stores in New York and Miami for $830 per oz or $11,480 per lb.