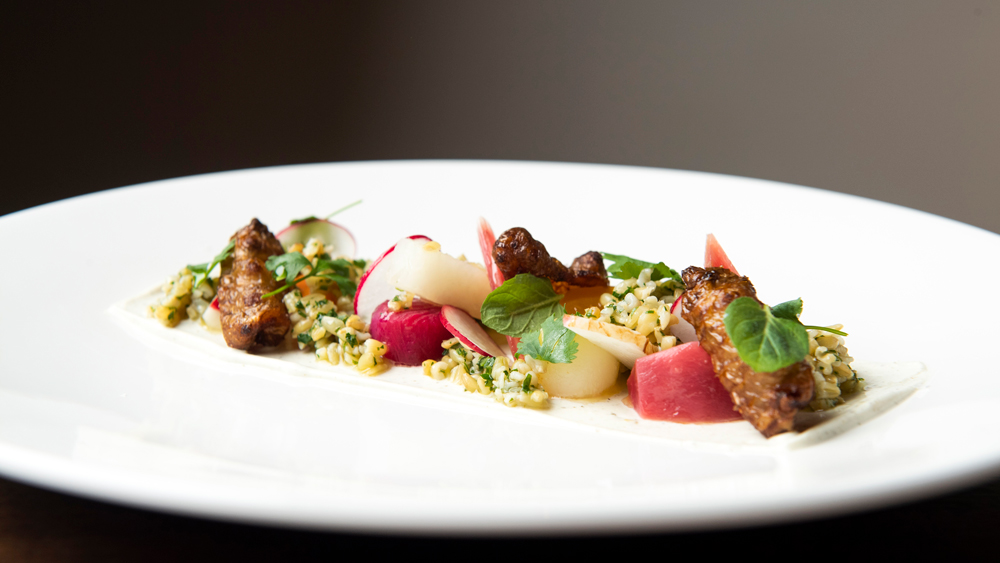 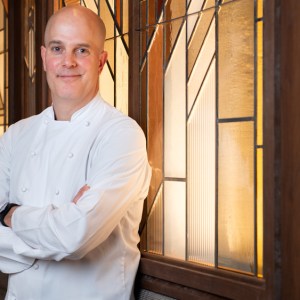 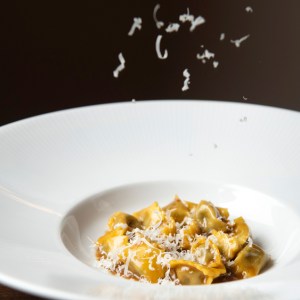 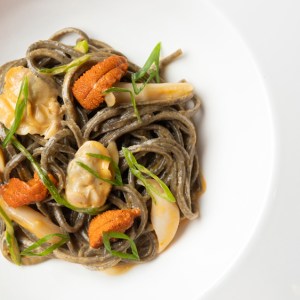 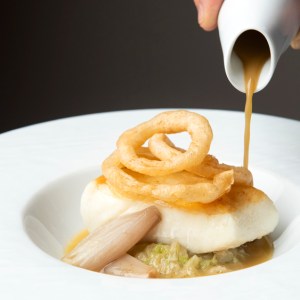 Jonathan Benno has cut his teeth inside some of Gotham’s greatest restaurants of the last two decades—from six years as chef de cuisine at Per Se to cooking alongside Marco Canora at Craft, and two years with Tom Colicchio at Gramercy Tavern. He especially made his mark working with Thomas Keller, guiding the legendary chef’s New York restaurant to three Michelin stars during his tenure. When he left Per Se, Benno pursued his love of Italian food to open Lincoln Restaurante at New York’s Lincoln Center in a setting more casual than Keller’s fine dining stalwart.

Last year he stepped down at Lincoln, and a few months later he told the world why. He was going to create a trio of restaurants inside the Evelyn Hotel to open in 2018. The idea for the first two restaurants came to him pretty quickly, but the third was more of a challenge. “When I saw the spaces about six years ago, we right away knew we wanted to do an Italian bakery in the front and an approachable, neighborhood restaurant in the second space.” Those became Leonelli Focacceria e Pasticceria and the Roman-inspired trattoria Leonelli Taberna, which both opened earlier this year.

Eventually, an idea for the third space began to crystalize in his mind: Why not explore the French and Italian cuisines he’s been known for and do it in a fine dining setting? The result is Benno, a 45-seat ode to where Italy and France literally meet along the border regions of Liguria and Provence.

On Thursday, Benno’s doors will open serving pre-fixe menus, where diners can choose between 3, 4, or 5-course experiences. There will be grains, vegetables, small and large meat courses, but there is an especially important portion of the menu to him. “I really wanted to do pasta in fine dining. I’ve spent decades practicing, refining, learning,” Benno says. “We have pasta in the more casual restaurant, but I wanted to do it all handmade with more luxurious garnishes.” You’ll be able to choose among agnolotti with foie gras, spaghetti with sea urchin, and more.

In the grand art deco-inspired space created by Parts and Labor Design, diners will also have dishes like skate almondine with peekytoe crab mousse, olive oil braised abalone, and duck with foie gras to choose from.

As Benno prepares for his first service, he can’t help but look at where he’s come from and marvel at the restaurant he’s about to debut. “It’s a culmination of everything I’ve done in my career,” Benno says. “For me to have come to New York 25 years ago as a broke line cook and be able to do this is incredible.”