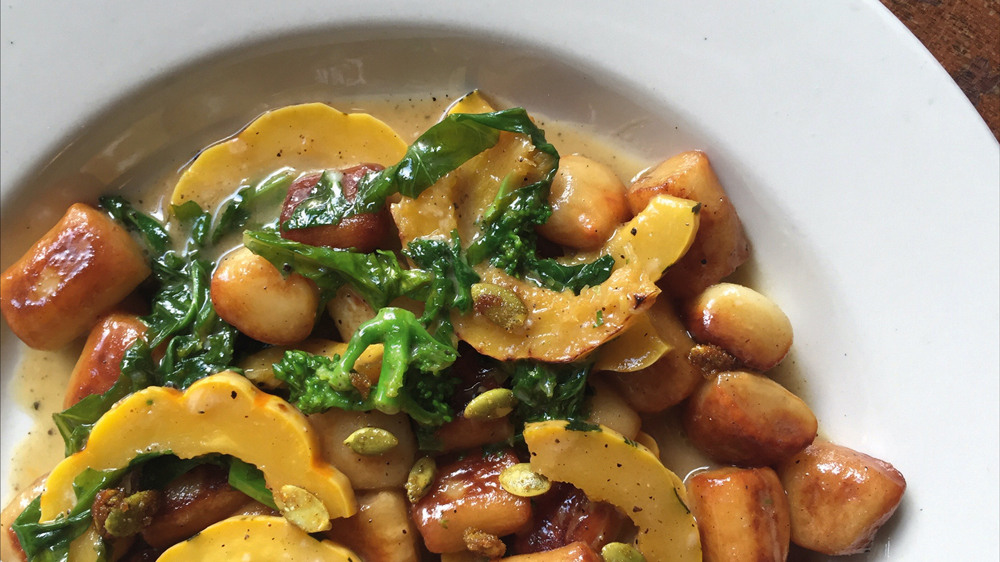 In a year when restaurants were closed down and people quarantined in their home, ranges and stoves worked overtime. So many of us were turning to cooking for sustenance, but also a break from work and the news. People were baking bread, ordering tons of steak from around the world, getting the best seafood shipped right to their door, exploring new sauces and spice blends, taking virtual cooking classes and watching their favorite chefs share tips on Instagram. These home cooks also had some outstanding cookbooks to draw inspiration from, whether they wanted practical advice or hoped to learn more about the craft at the highest levels. From the numerous books published, we’ve selected the 11 best of the year.

Dominique Ansel makes some of the most creative and painstaking pastries anywhere in the world. The inventor of the Cronut is a master of technique and was crowned the World’s Best Pastry Chef in 2017. Of course, he’s more than just the Cronut. His new book shared that wealth of knowledge but wasn’t an impenetrable tome. In Everyone Can Bake Ansel provides the building blocks every home baker needs to create delicious desserts and confections.

He divides the sections into Bases, Fillings, Finishes and Assembly. With Bases you’ll learn about cakes, cookies, tart shells and more. In Fillings you see how to make pastry cream, lemon curd, chocolate ganache and soft caramel. Finishes focuses on frosting, glazes and other last touches. For Assembly, you find out how to put the elements all together. What’s great about the book is that it gives you the basic steps to understand why recipes work, and then gives you the tools and the confidence to customize the recipes to your own tastes.

When she was 7 years old, Hawa Hassan moved from Somalia to Seattle as a refugee. Missing the condiments of her home country that she couldn’t find Stateside, she eventually founded Basbaas. She created a line of products including a coconut-cilantro chutney and tamarind date sauce. For her book, she’s gone into the kitchens of the bibis (grandmothers) from eight African nations to share 75 recipes, including the Eritrean flatbread kicha, the stewed plantain with beans and beef dish called matoke and more.

He’s the most improbable of celebrity chefs. He isn’t adorned with Michelin stars like Thomas Keller or a domestic goddess like Ina Garten. But that’s what made people connect to Matty Matheson in the first place. The Canadian chef with roots in the hardcore punk scene first made his name in the Toronto food world with his hip gastropub Parts and Labour, which became known for its burger, brunches and live music. We loved his eponymous debut cookbook, and now he’s back with a second tome, where he taps into his inner domestic goddess to bring us Home Style Cookery. These are recipes meant for the home chef, inspired by his travels and what he likes to cook.

We can tell by how fervently our audience clicks on anything we write about steak that many of you reading this right now are not vegans. That doesn’t mean you won’t enjoy Bryant Terry’s beautifully executed vegan cookbook Vegetable Kingdom. Terry calls upon the flavors of the African diaspora to influence his vegetable-forward cooking. The book features dishes such as citrus and garlic-herb braised fennel; farro and kidney beans with burnt scallions; and a take on cauliflower rice that’s actually delicious.

The Good Book of Southern Baking

The last time I was in New Orleans a few years ago, I had the morning to myself to grab brunch before I flew out. When I asked around about where I should go, people were pretty adamant that it should be Willa Jean. They were not wrong. Chef Kelly Fields combined her baking skills with her knack for tasty Southern fare to create an outstanding restaurant. Since then she’s won a James Beard award and is now releasing her first cookbook—her guide to the rich field of modern Southern baking.

In the remote reaches of Sweden, Magnus Nilsson made a tiny old hunting lodge into a global dining destination. With a 30-course menu, his little restaurant explored the customs and ingredients of his homeland. Last year, while still riding high, he decided to call it quits and close Fäviken. Now he’s telling the story of the restaurant in full, including a list of every dish served there and recipes for 100 of them. Those recipes are intercut with essays on the state of the restaurant industry, thoughts on sourcing and a candid reflection on why he didn’t want to run Fäviken anymore.

Chef Hooni Kim’s life has seen him traverse the globe. He was born in Seoul and departed with his family for London at age three, only to move again before his tenth birthday to New York. As a young chef he worked in some of the world’s best kitchens: Daniel and Masa, which each boasted three Michelin stars when he was there. And when he set out on his own, Danji in New York’s Hell’s Kitchen became the first Korean restaurant to earn a star. This book is a reflection on his food upbringing and also a deep dive into Korean cooking that’s designed to be approachable for home cooks.

After a stint on Top Chef and fine-dining career path, Leah Cohen was ready for a change. So she embarked on a trip through Southeast Asia to taste the food of Thailand, the Philippines (her mother’s home country), Vietnam, Indonesia and more. When she returned, she turned that inspiration into the outstanding New York City restaurant Pig and Khao. She drew on flavors and dishes from across the region such as her khao soi and chicken adobo. Cohen continued to go back and deepen her knowledge; for this book she embarked on a multi-country trip of restaurants and night markets to help bring the food of Southeast Asia to your home.

When the 200-square-foot food stall in Flushing, Queens, opened in 2005, it wouldn’t have been the best bet for a restaurant that would become a sensation and spread across New York. The little kitchen cooked a style of Chinese cuisine from the northwest region that was little represented in the city. But the city of Xi’an’s location at the end of the Silk Road meant the city offered a unique combination of Middle Eastern and Chinese flavors. Named after Jason Wang’s father’s hometown, Xi’an Famous Foods serves spicy hand-ripped noodles and spicy cumin.

After closing in 2019, Barbuto, the beloved rustic Italian West Village restaurant, reemerged just in time to be shut down again by the pandemic. While we wait for it to reopen yet again, legendary chef Jonathan Waxman offers up the recipes that people fell in love with the first time around. Waxman first made his name on his California-Italian style of cooking that he honed at famed Michael’s in Santa Monica, Calif., before bringing that farm-to-table style out east. Eventually, he opened Barbuto, and people flocked to his simple, rustic roast chicken with salsa verde, kale salads, carbonara and more. Now you can recreate them all at home.

This is an anthology cookbook that transcends the typical form. Yes, world-renowned chefs from Dominique Crenn to Sean Brock to Alex Atala to Diana Dávila add recipes to the mix, but what ties it all together is music. The chefs share how music influences their creativity and how they work—and many even contribute their kitchen playlist. The concept for the book is an extension of the podcast with the same name, launched in 2009 by brothers Darin and Greg Bresnitz and coproduced by Khuong Phan.