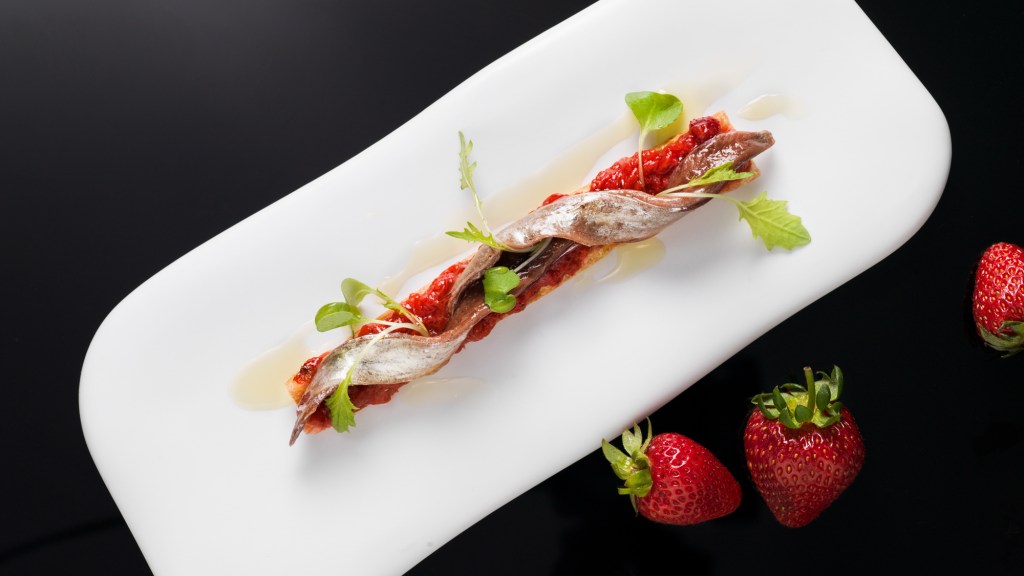 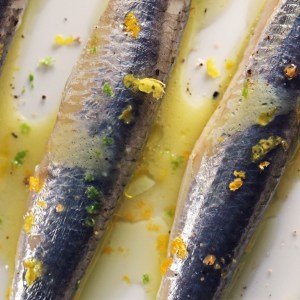 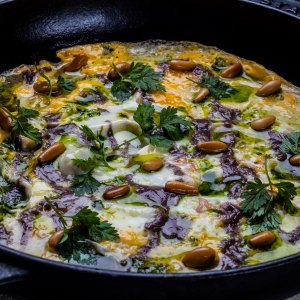 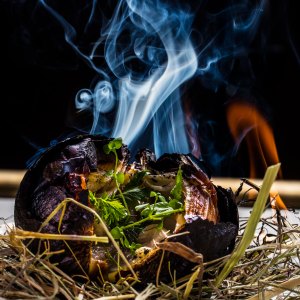 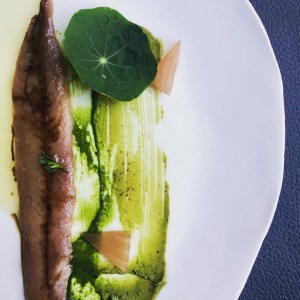 In the Catalonia region of Spain, few ingredients are as beloved as anchovies. Engraulis encrasicolus, or the European anchovy, is a small, silvery fish native to this region of the Mediterranean, where they are fished throughout the year, though the population swells during the late summer. In other places, like the United States, where anchovies aren’t as popular, they’ve gotten a bad rap. Relegated to the bottom of the pizza-topping list, anchovies in the States are often poorly cured in weak white vinegar and thought of as “fishy,” musty, and too strongly flavored to be given a second thought.

For those who think of anchovies in this way, think again. In Spain, they’re often eaten freshly grilled, pulverized into sauces and reductions, fried, and cured and tinned with salt and olive oil. The fishing town of L’Escala, on the stunning, craggy Costa Brava north of Barcelona, is considered ground zero for anchovy fishing and production. Each year in September, they have an anchovy festival, drawing in thousands from all over the province.

But anchovies can be found in any market, town, and city in Catalonia, where it often ends up as a small plate, served alongside vermouth. Aside from being sourced solely in Catalonia, anchovies from the Basque country and Cantabria are prized, as well. Being such a staple of the area’s diet, the fish has also made its way onto more upscale menus, especially those that focus on Catalan ingredients with updated techniques and presentations. Here are five top-notch anchovy dishes on some of Barcelona’s best tasting menus.

Two-Michelin-star Moments at the Mandarin Oriental is one of the lauded projects from Catalan chef Carme Ruscalleda—credited with being one of the founders of modern Catalan haute cuisine—and her son, Raül Balam. This dish is a toast with strawberries, anchovies, and white wine—a riff of pa amb tomàquet, which is a traditional toast with olive oil and tomato spread. They source everything from Maresme, an area north of the city where Ruscalleda and Balam are originally from. Though Ruscalleda’s name is on the restaurant, she’s more likely to be found in her other restaurant, Sant Pau, where Balam cut his kitchen chops growing up.

The brainchild of Catalan chef Albert Raurich, Dos Pebrots is a cheeky, irreverent restaurant that pulls creativity from Raurich’s days as chef de cuisine at the now-shuttered El Bulli. Two dishes at the restaurant use garum, a fermented fish sauce used as a condiment during ancient Greek and Roman times. Making the sauce requires anchovies to be fermented with salt until it liquefies, creating a protein-heavy, umami-laden concentrate. One dish is an omelet cooked real-time in a cast-iron pan in front of the diner and finished with pine nuts, garum, and basil oil. The other is an oven-roasted black onion kissed with herbs and garum.

Part of the El Barri restaurant group, Bodega 1900 is the upscale version of a traditional bodega or vermutería—Spain’s answer to a neighborhood watering hole. The menu revolves around small salty and fatty plates accompanied by straight, dark, sweet vermouth. At the helm of El Barri is the famed Albert Adrià, formerly of El Bulli and brother of Ferran Adrià. Bodega 1900 features a gilda, which is a typical Spanish tapa made with guindilla peppers, olives, and anchovies. Their version includes piparras peppers paired with an olive-filled anchovy. For Adria, the choice to stick to Catalan ingredients is an easy one. “We have the best ingredients in the world here,” he says, adding, “Between the mountains and the sea, we have the highest quality of everything—especially seafood!”

One-Michelin-starred Alkimia is a temple to the avant-garde. But even those committed to shaking things up are still reeled in by tradition, and Catalan chef Jordi Vilà is no exception. Alkimia boasts two tasting menus, with the eponymous list featuring more classic dishes. One of the first to be served is an anchovy with spices and herb butter. The fish is from Nardín in the Basque country, which is farther north on the Atlantic coast. The complete dish includes vermouth slush, anchovy with spices, and herb butter encased in an olive pastry. “The three elements work as an aperitif with typical Mediterranean flavors, typical to what we eat before the main meal, typically on weekends: vermouth, olives, and salted fish,” Vilà says.

Disfrutar is one of the most recent additions to Barcelona’s fine-dining scene under the care of three more chefs who used to work at El Bulli—Mateu Casañas, Oriol Castro, and Eduard Xatruch. Recently granted two Michelin stars and named “One to Watch” by the World’s 50 Best franchise, Disfrutar focuses on serving highly creative Catalan and Mediterranean cuisine in a breezy, not-too-stuffy, and smartly designed setting that echoes the chefs’ roots in Cadaqués, a town near where El Bulli once was. Disfrutar also serves a riff on a gilda, where the anchovies give the dish “a salty and marine touch,” Xatruch says.

While Toni Romero of Suculent is known for his exquisite use of vegetables, his anchovy dish incorporates many flavors that are well-known to any Catalan diner. Served simply, anchovies are marinated with olive water and lemon, lime, and orange zest. “It’s marinated with its fish bone, so it’s less dry and also has texture,” Romero says. Suculent is in the Raval neighborhood, which once was the seedy part of town but in recent years has been transformed into a trendy dining and nightlife destination. Romero’s cuisine has undergone a similar transformation—he takes rustic Catalan classics, like the humble anchovy, and elevates it to a refined state without adding too many bells and whistles.