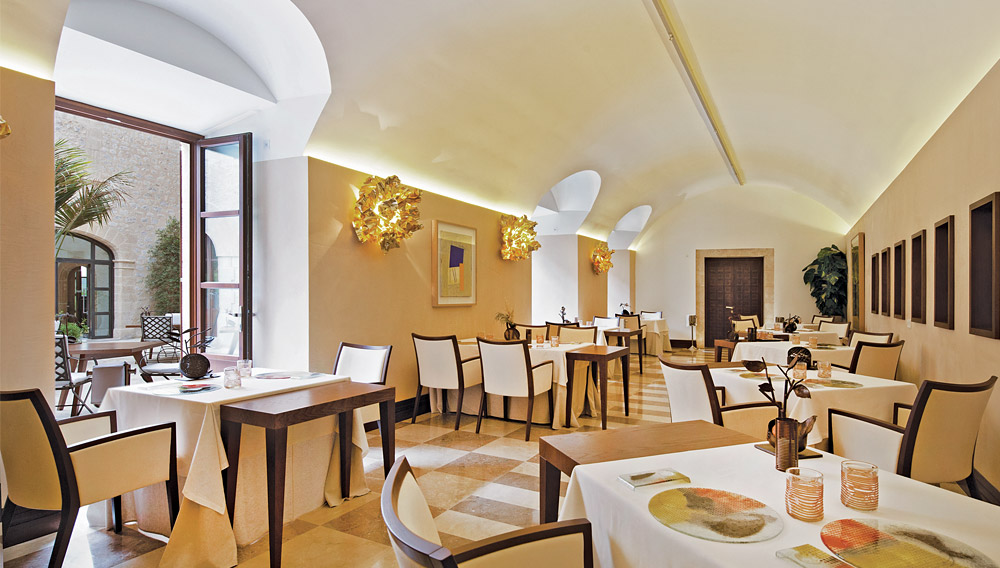 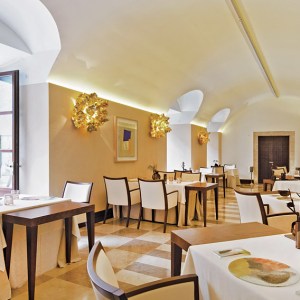 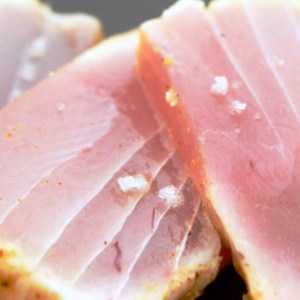 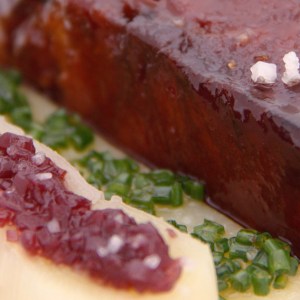 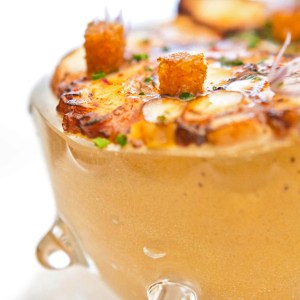 Essence of the Mediterranean…

There may be no more profound sense of well-being than that which descends upon Zaranda at sunset. The fading light glows off the sandstone walls of the ancient courtyard and sparkles through the icy glasses filled with gin and tonic (garnished not merely with local Spanish citrus but also with local juniper berries) that adorn most of the well-spaced tables. And then the food begins to arrive—romesco and vegetables from the garden served on a tiny, smoldering grill; a single, perfect prawn from nearby Andratx floating in an intense broth made from prawn shells. The light, the rough architecture, the scent of olive trees at dusk, and, above all, the delicious flavors merge to induce a gentle sensation of pleasure. This, one imagines, is the essence of the Mediterranean.

This revelation comes courtesy of chef Fernando Pérez Arellano, Spain’s itinerant genius. After years of training abroad, he opened Zaranda first in Madrid, where he won acclaim for his refined Castilian cuisine. During Spain’s devastating economic crisis, he moved the restaurant to the more tourist-friendly Palma de Mallorca. But it was only in 2013, when he transplanted his restaurant yet again, that he finally found his home. The irony is that his new location in Castell Son Claret, an exclusive hotel located in Mallorca’s rural interior, hardly needs a great restaurant. Built in the thoroughly updated remains of an old mansion, it is so intensely lovely—with its huge, plush rooms overlooking a freshwater swimming pool and olive-covered hills beyond—that merely passable dining would be forgiven. Yet Zaranda goes far, far beyond that.

Arellano is a dedicated locavore, sourcing the moray eel that he serves under a shatteringly crisp skin from the nearest harbor and even curing his own olives. To all of his dishes, he brings a playful touch and deft hand with respect. One of the stars of his tasting menu ($140–$175) is a black egg—its exterior coated in a shell of squid-ink gelatin, its nearly neon interior still runny—served alongside a small heap of cuttlefish “caviar.” Briny and rich, it is both visually striking and remarkably delicious—as is the Mediterranean spirit that Zaranda so beautifully embodies.