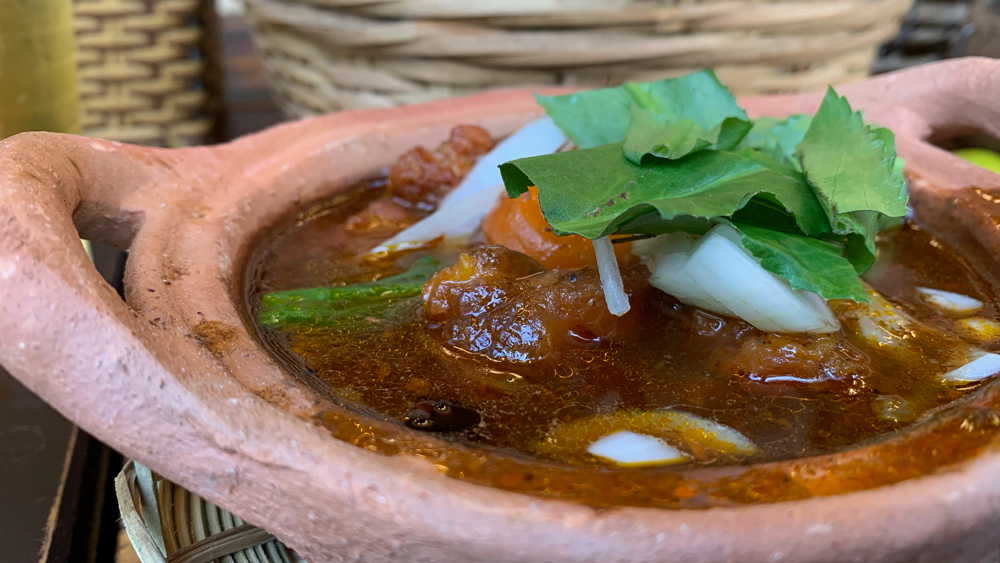 This year’s Lunar New Year (Tết in Vietnam) falls on February 1, but why not start celebrating the Year of the Tiger this weekend with bò kho, a braised beef recipe from the creator of Red Boat Fish Sauce. Cuong Pham started making his outstanding fish sauce in 2011, realizing the condiment was what was missing from the food he loved so much in his youth. Working with writer Tien Nguyen and beloved chef Diep Tran, Pham recently wrote a cookbook that features classic Vietnamese recipes but also shows you how to deploy fish sauce in dishes like spaghetti and marinara as well.

This is an adaptation of my mother’s bò kho recipe. Her recipes for bò kho and cà ri gà (chicken curry) are on the same page in her recipe book and  there is something so fitting about that: Both are Vietnamese classics, both comforting and homey in their own way. Where cà ri gà is a chicken-based stew, bò kho is a beefy affair, robust and hearty with a deep, glossy broth warm and fragrant with spice. My mom made this dish often, and we most often ate it with a baguette, usually bánh mì, ripping off crusty wedges and pushing them into our bowls to sop up the liquid. By the end of night, a confetti of bread crumbs blanketed the table. That’s part of the fun of bò kho, but you also can serve it with rice or rice noodles if you prefer.

In a small bowl, combine all the spices in the spice blend and stir to mix well. Set aside.

In a large mixing bowl, add the cubed beef, salt and 1 tbsp. of annatto oil. Mix to coat the beef in oil.

Place a large Dutch over high heat. When a few drops of water sprinkled into the pot evaporate immediately, the pot is ready to sear. Working in batches so you don’t crowd the pot, sear the beef on all sides, then transfer to a mixing bowl and set aside.

To the same pot over high heat, add the rest of the remaining two tbsp. of annatto oil. When the oil is hot, begin building the broth by first adding the diced onions. Quick-fry the onions until their edges start to brown and char in places. Use a strainer or slotted spoon to transfer the onions to a mixing bowl. Set aside.

Add the spice blend to the hot oil. Stir-fry the spices in the oil for about 30 seconds, then add the lemongrass, shallots, garlic, the white roots of the scallions and ginger. Sauté until aromatic, about five minutes. Add the tomato paste and 3 tbsp. of fish sauce. Sauté for five minutes, then reduce the heat to low and cook for 15 minutes, stirring every two minutes.

Tie the star anise, cinnamon stick and bay leaves in a cheesecloth bundle, then add the bundle to the pot.

Add the seared beef, coconut water, rock sugar and 2 qt. water. Bring the pot to a boil. Skim off any impurities, then drop reduce the heat to low and simmer until the beef is tender, about 4 hours. At that point, you can remove the cheesecloth.

Make a slurry by mixing the cornstarch with ⅓ c. water in a small bowl, then add the slurry to the pot. Add the carrots and bring the pot to a boil, then reduce the heat to low and simmer for 10 minutes.

Stir in the quick-fried onions, then take the pot off the heat. Taste the stew and add an additional tbsp. of fish sauce if you’d like. Garnish with the scallion tops and cilantro. Serve with crusty bread, rice or noodles.

This recipe was excerpted from The Red Boat Fish Sauce Cookbook, published by Houghton Mifflin Harcourt.