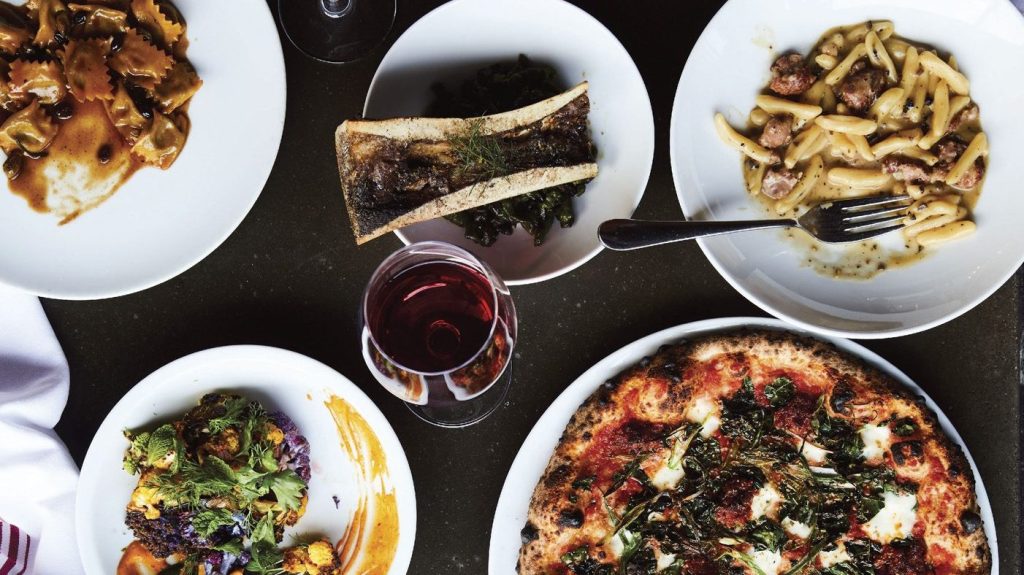 Around these parts you’re usually going to find us talking about where we want to go eat next. Let’s leave the hard work of making delicious food to the professionals. However, part of the fun of food can be taking a dish that inspired you and making it yourself at home. And sometimes you want to know the story behind a really great meal or cuisine, because food can be a way to understand creativity and culture.

This year there was a barrage of amazing books by some of the world’s best chefs. From talented husband-wife duos showing you how to create their best dishes at home, to a Michelin two-star chef taking you on an exploration of New Nordic cuisine, to a famed baker revealing her secrets, there was no shortage of tomes to improve your culinary knowledge. Here are the nine we loved the most.

It’s had to really describe this book other than saying it’s a damned delight. It’s 1,250 pages of pure Francophilia, complete with maps, charts, recipes, illustrations, and stories about France and it’s gastronomy. Weighing it at nearly six pounds this coffee table book is practically big enough to replace your coffee table outright. And what we especially love is how meandering and broad the book is as you flip through. On one page you’ll find a map that details the signature cookies of each region of the country, turn a few more and there’s a recipe for flan, and then on another section you’ll see Alain Ducasse and Joël Robuchon pitted against each other to see which one had a bigger impact on French fare.

Meeting while both working in the kitchen at Bouley in New York, Sarah and Evan fled the Big Apple rat race to head west in 2008. Eventually they landed in San Francisco, each finding work in different restaurants before opening Rich Table a half decade ago. Despite their fine dining backgrounds, their restaurant sought to be more casual, yet still creative. Last year they picked up a Michelin star for their “dressed-up everyday food,” that includes porcini doughnuts with raclette dipping sauce, bucatini with puntarella and chicken kin, and sprouted quinoa cakes with summer squash and chevre. Since getting a reservation at Rich Table can be so tough, perhaps buying the book will be the easiest way to enjoy the couple’s food.

A baking guide from the quirky queen of dessert.  Photo: courtesy Clarkson Potter

All About Cake, by Christina Tosi

This book is truth in advertising. Let the quirky genius behind Milk Bar’s delicious creations show you the world of bundts cakes, sheets cakes, cake truffles, microwave mug cakes, and much more. The pages are filled with recipes that channel Tosi’s knack for finding flavors by mining nostalgia, like her Arnold Palmer sheet cake, or the bundt with a cherry cola glaze. Yet she also lets you in on the basics of her cake methods so you can create your own variations.

Between Harlem and Heaven, by JJ Johnson and Alexander Smalls

At the Cecil and legendary jazz club Minton’s in Harlem, JJ Johnson—one of America’s best young chefs—and Alexander Smalls teamed up to serve a cuisine they called Afro-Asian. Inspired by a trip to Ghana, they saw how flavors of China and Vietnam traveled to West Africa to create a distinctive and delicious style of food. From rice to cumin to coriander, they explored the flavors they saw spanning across cultures and then incorporated it into their food. Upon returning to the States to cook in New York, they also traced how the African diaspora influenced food around America, like gumbo migrating from Senegal to South Carolina to Louisiana, taking what they learned in Africa, combining it with their personal histories, and creating a distinctive style that they explain in depth in Between Harlem and Heaven. If you don’t feel like cooking from the book, you can always go to the Henry in Manhattan to let Johnson cook for you.

Is it that serious?  Photo: courtesy of Phaidon

From the duo who we declared two of the best young chefs in America comes their debut cookbook. On New York’s Lower East Side Von Hauske and Stone have built a burgeoning empire, starting with their Michelin-starred tasting menu restaurant Contra, expanding to the wine bar everyone loves Wildair, and now partnering with Anthony Mangieri to create the new Una Pizza Napoletana. The book is a playful look at their food, which has a minimalistic appearance that belies the craft and thought behind their delicious dishes from their pommes darphin with uni to their lavender ice cream with strawberries.

Born and raised in Stockholm, Berselius first ventured to New York City in 2000 and after years of cooking, the Swede opened a pop-up restaurant called Frej that shared a space with a ramen joint. Eventually he made his New Nordic tasting menu restaurant permanent, opening the original incarnation of Aska. He would close that restaurant and for two years imagine a new one, creating a restaurant inside an 1860s warehouse on the Brooklyn side of the Williamsburg Bridge. The praise was effusive out of the gate, garnering three stars from the New York Times and two Michelin stars not long after opening. This book, Aska, is the journey of building that acclaimed restaurant and the space it resides in.

The host of Viceland’s cooking show It’s Suppertime lives life to the fullest. At one point, too full, he’ll admit, having heart attack at just 29 years old. Now Matheson is clean and sober, but still passionate about food. In his new cookbook the charismatic chef tells the story of growing up in Eastern Canada, then cooking at restaurants in Toronto. The first half of the book is devoted to classic seafood dishes like you’d find on Prince Edward Island, while the second half is rooted in classic French bistro fare he cooked in his early jobs, and the gastropub fare he’d later serve like Vietnamese steak tartare and buffalo sweetbread sliders.

Bestia: Italian Recipes Created in the Heart of L.A., by Ori Menashe and Genevieve Gergis

The husband-and-wife team behind two of LA’s best restaurants—Bestia and Bavel—reveal the dishes that made their debut Italian restaurant such a hit. With Menashe handling the savory side he shows the pastas, pizzas, appetizers, and grilled dishes that are so bold and flavorful that jaded Angelenos were willing to get in their cars and venture to a part of Downtown LA most had probably never visited before. Gergis handles the desserts, and though she started at Bestia with no formal training, she was expert at crafting craveable creations like her chocolate budino tart or rhubarb-raspberry crostata.

Gather and Graze, by Stephanie Izard

Any of you that have dined at Top Chef-winner Stephanie Izard’s outstanding Chicago restaurant Girl & the Goat will know it can be a tough seat to secure. Since opening in the West Loop in 2010, she has expanded with a diner—Little Goat—and then a restaurant inspired by her travels through China—Duck Duck Goat, and those are pretty packed too. In Gather and Graze she lets you in on how she’s making such delicious food. “This book is a way for me to share all the dishes that have become cult favorites at my restaurants, and break them down so that you can re-create them in your own kitchen,” she writes.