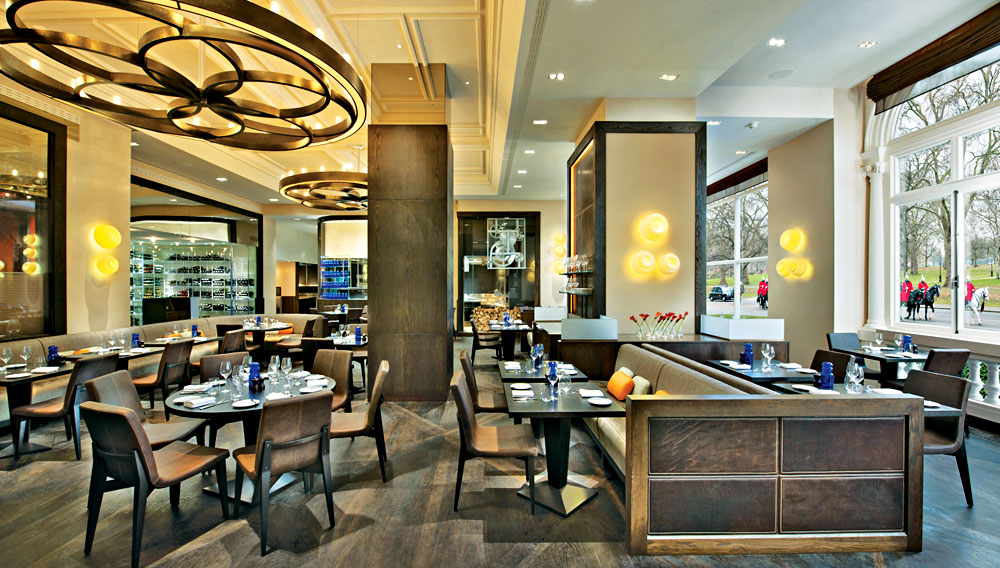 In January, Dinner by Heston Blumenthal (+44.20.7201.3833, www.dinnerbyheston.com), the highly anticipated second act of one of the world’s great chefs, finally opened in London’s Mandarin Oriental hotel. As it turns out, the new restaurant is the antithesis of the Fat Duck, Blumenthal’s diminutive temple to molecular gastronomy in the village of Bray in Berkshire, England. In fact, Dinner—an airy, urban space with long views of Hyde Park and an open kitchen—has the soul of a bustling, 125-seat gastropub, albeit one dressed in rich woods and supple leather. Here Blumenthal has dreamed up an ode to historic British dishes, some dating to the 14th century, which are deftly updated by executive chef Ashley Palmer-Watts. There is nothing head-scratching or deconstructive about the intensely delicious Beef Royal, which is seared and then slow-cooked for three days in a water bath of 132 degrees, or the Tipsy Cake, a dessert of spit-roasted pineapple cubes alongside a creamy ramekin of brandy-soaked brioche. The whole experiment is proof positive that sometimes in order to go forward, you might indeed need to look back.