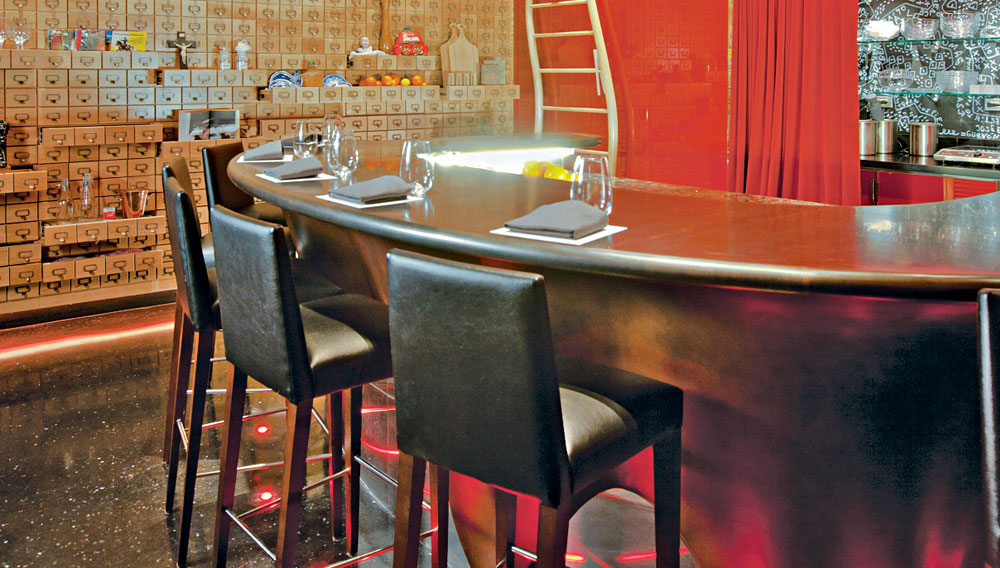 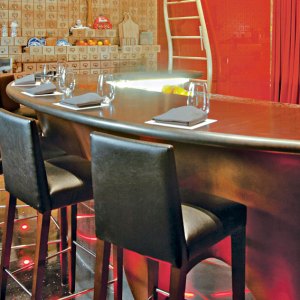 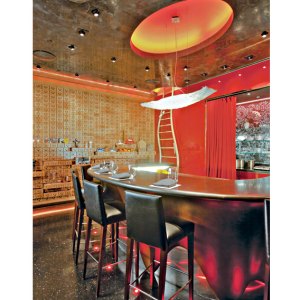 With 11 restaurants and tapas bars, not to mention television shows and cookbooks, chef José Andrés is the padrino of Spanish cooking in America. But his new restaurant, é by José Andrés (reserve@ebyjoseandres.com), is the one he considers his “best job representing Spain.” The entire restaurant is a mere eight-seat chef’s table, hidden within his restaurant Jaleo at the Cosmopolitan hotel on the Las Vegas Strip, and there are just two seatings, five nights a week. Over the course of a three-hour meal, as many as four cooks and two servers present 15-plus courses with a theatrical flourish—from a whole lobe of salt-baked foie gras to deep-fried beet coils that can be nibbled off the fingers like edible jewelry to Jose’s Taco, a dollop of black Riofrio caviar wrapped in a thin slice of Iberico ham. Reservations are only available via e-mail a month in advance, with prices starting at $250 per person, or $3,000 a night for the entire room.