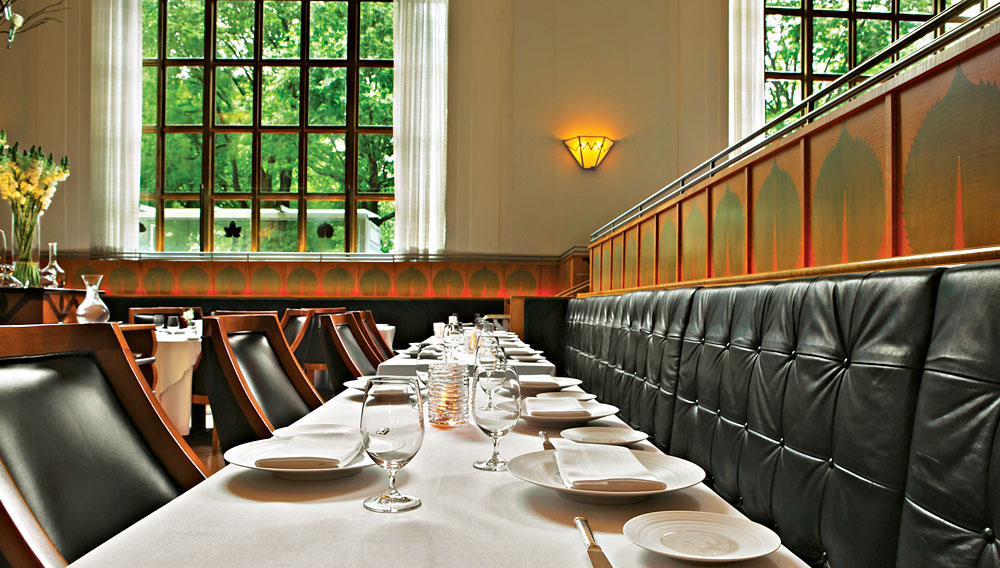 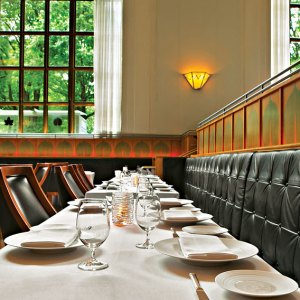 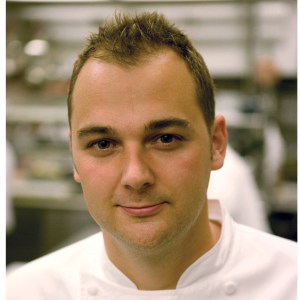 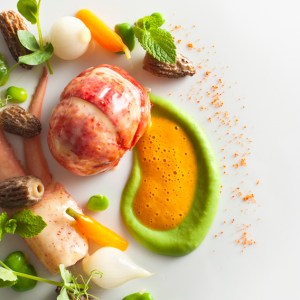 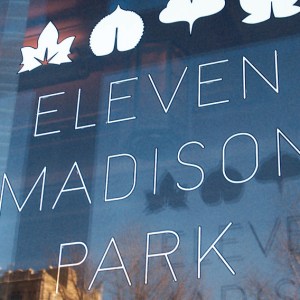 Dinner begins with a puzzle: a square card printed with a grid of 16 words. Each is an ingredient, the waiter explains, and together they make up the menu. Choose four, and the kitchen will create a cold appetizer, a hot appetizer, a main course, and a dessert based on your selections. Choose foie gras, for example, and the waiter might tell you the preparation will involve buttery slices of the duck liver layered between bitter almond wafers, accented with umeboshi plum, baby shiso leaf, and plum gelée. Or if you prefer, he will tell you nothing and simply deliver sublime surprise after surprise.

It is an enthralling experience, and a cerebral one, at Eleven Madison Park, the year’s most extravagantly creative restaurant. For 12 years, Eleven Madi­son was high in the ranks of New York’s traditional fine-dining establishments, receiving a rare four stars from The New York Times and filling tables night after night. Then last fall chef Daniel Humm and general manager Will Guidara made a bold move: They closed the place for a week, cut the number of seats from 114 to 80, and reopened with a radically different menu and philosophy. The result is a stunning restaurant that bridges the gap between luxury and experimentation, between fine dining’s past and its future.

Gone is the podium that used to greet diners as they walked in the door. Instead, a host walks up and welcomes you, as if you are in a home. Humm and Guidara have torn down some of the barriers between the kitchen and the dining room, too—enlisting line cooks to deliver their creations directly to the table and building an alcove near the kitchen where diners can stand and watch.

The menu (four courses for $125; eight for $195), with its one-word descriptions, seems almost austere, until flight after flight of canapés begin to arrive: Paper-thin parmesan crisps giddy with espelette pepper; summer truffle marshmallows; tomato “tea” garnished with a little broom of lemon thyme; and, most memorably, a lollipop, delivered hand-to-hand by the line cook who made it, with a thin shell of cocoa butter enclosing a delicate, savory celery ice cream.

Once dinner proper begins, sparks really fly: The “prawns” on the menu turn out to be crystalline Hawaiian prawns with a citrusy celery root puree, specked with bits of candied lemon peel; the “squab” is morsels of the super-rich, velvety bird with Napa cabbage, apple puree, and apple chip. Humm riffs on the main ingredients so that each plate is a full-blown expression of its flavor. His brand of experimentation transcends the merely cerebral—it is sumptuous, it is delicious. It is brilliant.