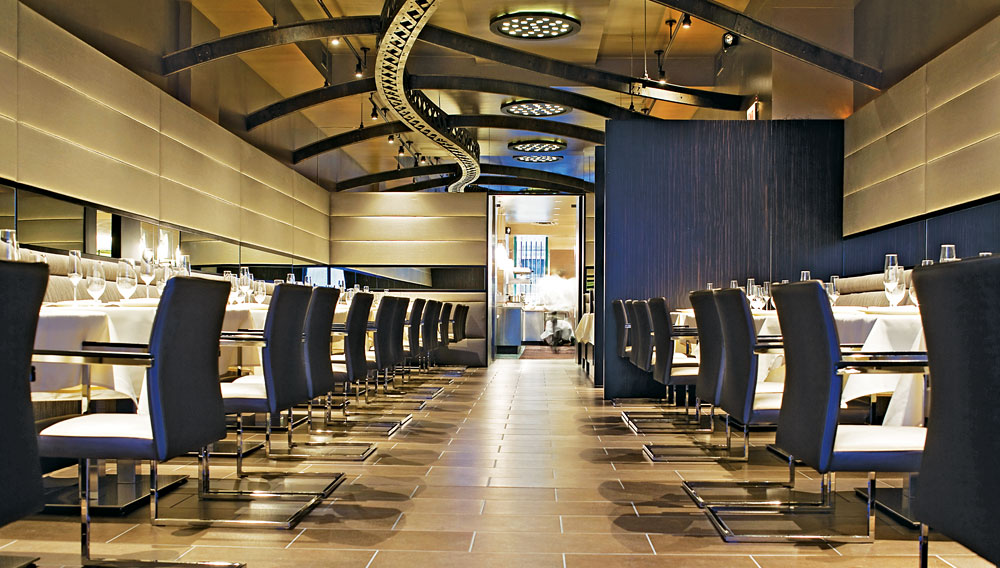 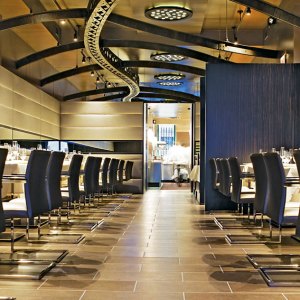 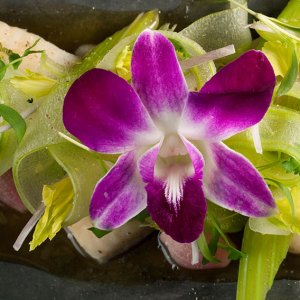 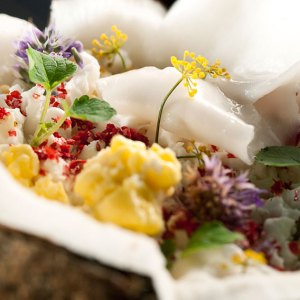 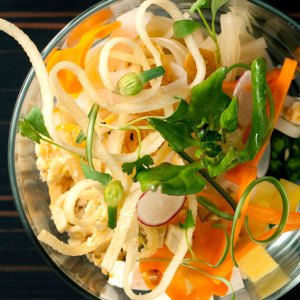 Chef Grant Achatz and Nick Kokonas, partners in the wildly experimental Chicago restaurant Alinea, devised an even more daring concept for Next, a shape-shifter whose menus are inspired by a specific time and place and change completely every 14 weeks or so. In its first year, Next has re-created itself around themes ranging from Paris 1906 (with an elaborate Escoffier-modeled menu) to Thai street food, to childhood, to the recent 29-course, $485 tribute to El Bulli.

The innovation does not end with the menu. At Next, customers do not reserve tables; they purchase tickets, prepaying for their dinners (and sometimes their drinks). Patrons have not only happily accepted this reversal of power, they fight tooth and nail for the opportunity to do so. The restaurant has been a sellout show every night, creating such a frenzy that tables, mostly sold by lottery online, disappear within minutes and have been reportedly scalped for as much as $3,000 each.

None of that would be happening if Next’s kitchen, led by executive chef Dave Beran, were less than brilliant. A year later, people talk of dining at the Paris 1906 iteration the way they might brag about seeing the Rolling Stones at Altamont. And it is hard not to view the El Bulli menu, which brazenly reproduces and reinterprets dishes from the fabled Catalan restaurant’s history (with the cooperation of El Bulli’s Ferran Adrià), as a bid to assume its mantle as the best restaurant in the world. Less a re-creation than an homage, the El Bulli dinner delights with a sphere of frozen bleu cheese (which must be destroyed to be enjoyed), a jiggly globule of olive juice served on a medicine spoon (a nod to the pharmaceutical technology that inspired the dish), and a glass of chilled Spanish cava, to which diners add aromatics to match successive courses.

This is food elevated to conceptual art, with a substantial audience-participation component. Every dish, every part of the experience, challenges our perceptions and assumptions. Over the course of its short life, Next has changed the way people think about dining out. And its team does so without a net; each menu carries the high expectations generated from the previous iterations. With themes focused on Sicily and Kyoto still on tap for this year, it seems safe to assume that Achatz and Beran will continue to push envelopes—theirs and ours—for quite some time to come.