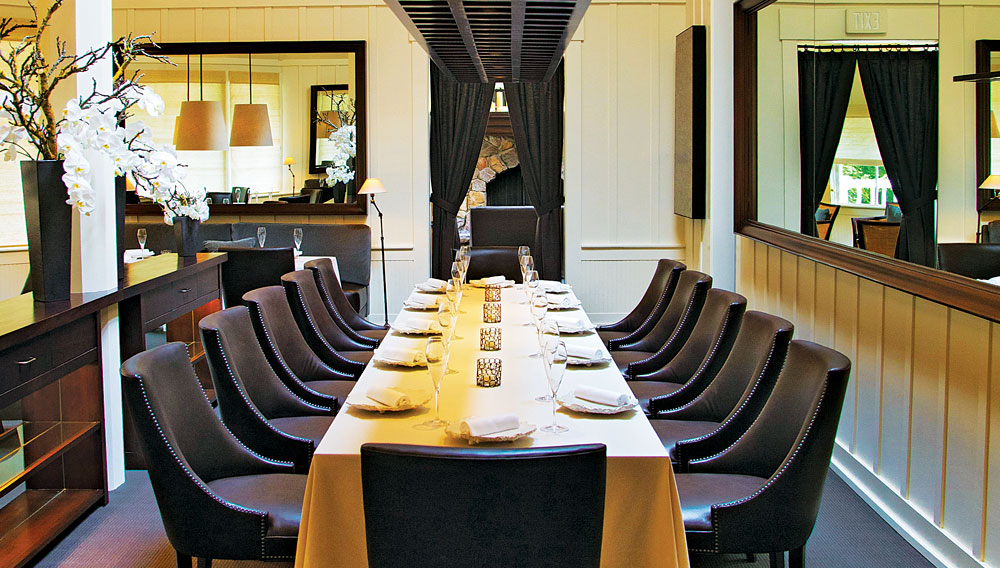 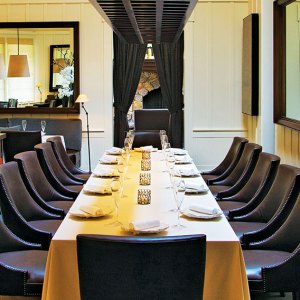 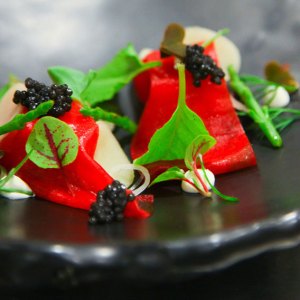 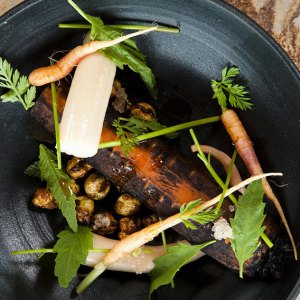 A year after chef Christopher Kostow won three Michelin stars at The Restaurant at Meadowood (707.967.1205, www.meadowood.com), he made a surprising move: He closed for three months and rethought everything.

First, the dining room. “The style of food was jarring with the style of the room,” Kostow says. So when the restaurant at the St. Helena, Calif., resort reopened in March, the dark paisley was gone, replaced by subtle pinstripes, white walls, gray rock, and singed branches. “We added a little more rusticity,” Kostow says, “that same juxtaposition between elegant and raw that exists within the food.”

Deeper changes were made in the kitchen. The 3,000-square-foot space was gutted, the busy catering operation moved out, and new equipment installed, including a wood- and coal-burning oven. The kitchen also now contains the best seats in the house: a Chef’s Counter, where diners perch on high leather stools overlooking the action during a $500, 15-to-20-course tasting menu (beginning at $850 with wine pairings). “This kitchen is a much quieter, Zen-like space, and that sense has crept into the food,” Kostow says. “We are a little more willing to let the ingredients be more front and center. The dishes are less technical than they might have been. We’re trying to roll with things and be the voice for what’s around us.”

Which led to the most profound change of all: the menu. Kostow completely dropped it in favor of having servers talk with guests about what they would like to eat and creating a custom eight- or nine-course meal ($225, or $450 with wine pairings) on the spot. “There’s more interaction with guests,” he says. “When we see a table enjoying a dish, we are more likely to fly by the seat of the pants and let that direct the next course.”

Altogether, Kostow has created a restaurant that lives in the moment, representing not only the seasonal bounty of Napa Valley but also the minute-to-minute inspiration of a great restaurant in motion. When the spring wild radishes started coming in, instead of spending weeks building a dish around them, Kostow was confident enough to “let the raw be raw and the wild be wild.” The result was a dish of salt-roasted lobster, chilled and served with the radishes and spring peas in a sweet buttermilk dressing. Another spring ingredient—green oats—was juiced, added to steel-cut oats, and served with lamb that had been poached and grilled with Middle Eastern spices. To end a meal, Kostow likes to bring out an eau-de-vie made from apples in Meadowood’s garden, held in a beautiful bottle from the 1780s. “The whole thing is very, very personal,” Kostow says. “Letting the little things be like they are.”