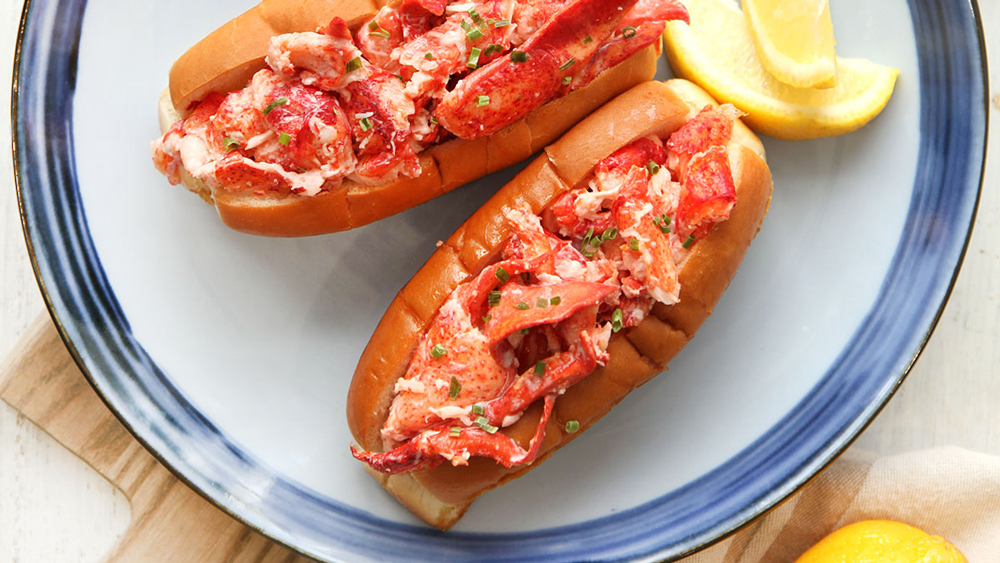 As we nestle ourselves into summer, it’s time to savor one of the season’s most quintessential foods: lobster rolls.

You don’t need a trip to New England to enjoy the freshest ocean delicacies from Maine. During the pandemic, some of the country’s top restaurants built the infrastructure to deliver meal kits nationwide, and several Northeast seafood restaurants followed the trend, offering their delicious lobster rolls to everyone in the Lower 48. These premium bundles include succulent, fresh-from-the-boat lobstah meat and condiments—or already-dressed lobster salad—and split-top buns or rolls to make outstanding sandwiches at home. Here are seven of the best lobster roll kits you can have shipped to your doorstep in a hurry.

This family-owned lobster shack on Spruce Head Island, in midcoast Maine, is a popular stop for road trippers. Fortunately, McLoons’ award-winning menu favorite—sweet, meaty lobster on their signature half butter-half mayo rolls—can also be enjoyed by the masses at home. McLoons sources directly from local lobstermen for their DIY kits, which include freshly cooked and picked tail, claw, and knuckle meat, locally made Casco Bay sea salt butter, split-top buns, mayo, roll sleeves and instructions. Add-ons include a rich and creamy lobster stew and desserts like their homemade blueberry bread pudding and whoopie pies.

Sustainable seafood company Luke’s Lobster is shipping their popular lobster roll kits straight from the source in Maine to anywhere in the continental United States. Choose a four or eight pack, each with premium knuckle and claw meat, split-top buns, and Luke’s secret seasoning for easy assembly at home. Additional bundles pair the rolls with crab claws, New England clam chowder, whoopie pies or a wild Maine blueberry pie. And the lobster can be delivered either fresh or flash frozen, depending on how soon you want to serve it.

A Kennebunkport staple, this small stand has been serving up irresistible seafood and award-winning lobster rolls since 1968. The Clam Shack’s signature dish is a quintessential taste of Maine: freshly caught new shell lobster (which is sweeter and more tender) piled on a toasted, locally made round bun with a choice of mayo or a drizzle of butter—both being the winning combo. Their build-at-home kits are shipped overnight and include one or two pounds of hand picked lobster meat, mayonnaise, Kate’s butter, lemons, homemade signature rolls and instructions on how to make it just like they do at the Shack. And if you want to mix it up a little beyond lobster, the Clam Shack offers its fried clam roll kits too.

Dating back to 1946, this family-run company based in Topsham, Maine, knows more than a thing or two about lobster. Their ready-to-assemble kits come with lobster salad (sweet chunks of claw and knuckle meat lightly tossed in mayo with salt and pepper) made fresh the day the order ships out, along with New England-style split-top buns. And the offerings go well beyond the rolls, it’s a veritable cornucopia of lobster-related treats from lobster mac & cheese to lobster grilled cheese sandwiches to lobster pot pies to lobster Bloody Mary kits.

This gourmet retailer ships sustainably sourced Atlantic lobster from Portland, Maine docks to your doorstep—and quickly. Their classic kit includes perfectly cooked and flash frozen claw, knuckle and leg meat, split-top buns, a secret spice blend and detailed cooking instructions. Or, kick your lobster roll game up a notch with the extravagant Famous Lobster Roll Feast, which includes a kit that serves eight and includes 2 lbs. of lobster mac & cheese, 4 pints of chowder and eight whoopie pies, all of which you can currently enjoy for 50 percent off.

This James Beard award-winning, Maine-based purveyor makes an outstanding—and original—lobster roll. Their take on the New England classic features succulent lobster meat doused in nutty brown butter and served in a soft, fluffy steamed bun. It may be untraditional, but it’s unforgettably delicious. For the first time ever, kits to make the famed rolls (which include lobster meat, brown butter vinaigrette, steamed bao buns, and chives for garnish) are available nationwide.

Since opening in 1932, not much has changed at this family-owned working lobster pier in Southwest Harbor. The crustaceans are caught right off the family’s own dock, cooked in sea water from the harbor and picked by hand all on the same day. Beal’s famous Maine lobster rolls come piled high with fresh meat (1/4-lb. per roll) in buttery brioche buns. Available in several sizes, their make-at-home kits are shipped directly from the shop via Goldbelly and come with potato chips.